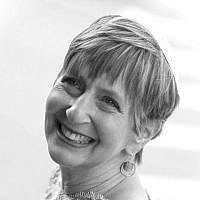 The Blogs
Paula Mack Drill
This Rabbi Loves Being a Rabbi!
Apply for a Blog
Please note that the posts on The Blogs are contributed by third parties. The opinions, facts and any media content in them are presented solely by the authors, and neither The Times of Israel nor its partners assume any responsibility for them. Please contact us in case of abuse. In case of abuse,
Report this post. 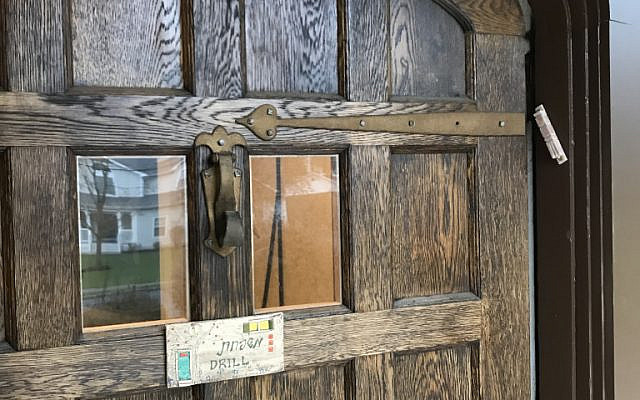 The Kulanu 4th graders were competing in a Zoom scavenger hunt, and I had asked them to find something in their house that symbolizes what it means to be Jewish. One of the learners was empty-handed. “I can’t bring it to the screen,” he said. When I asked him to explain, he said that it was attached to the kitchen door.

A mezuzah! I was enthusiastic about his choice. In Deuteronomy 6:9, we read that we must write the remembrance of God’s law on the doorpost of our house and on our gates.

During this Passover, our second pandemic year of celebration in strangely isolated ways, Zoom seders and brisket for one, I have been thinking a great deal about doorways.

When we enter or exit a Jewish space with a mezuzah on the door, we are meant to touch or kiss or look at it, pausing to reflect on God’s covenant with us.

The mezuzah is also a continuous reminder of Passover and the experience of enslavement. How so?

On the night before our exodus, we were told to paint our doorposts with the blood of a lamb to save us from the Angel of Death who would mysteriously kill all the firstborn of Egypt but pass over the Israelite homes. Moses and Aaron had been told by God an important piece of the puzzle, but the people did not yet know. Within hours, we’d be girding our loins, wearing our sandals and eating that lamb hurriedly as we got out of Egypt, leaving slavery behind that very night. The sign on our doorposts would save us from death, and we thought that was enough. We could not even dream of freedom until we were told to run out the door toward it.

It was a liminal moment: we were no longer slaves as we were taking matters into our own hands, but we were not yet free.

One year later in the Torah, (in the maftir aliya) we were told to honor that liminal moment by sacrificing a paschal lamb and celebrating a festival every year on the anniversary.

Of course, today we no longer make animal sacrifices but we still celebrate that very festival called Passover. At this time of year, each time I pass through a doorway with a mezuzah, I think about the moment when my ancestors walked out of their homes in Egypt and out into the frightening unknown of something called freedom. We know from reading about their grumbling, ungrateful, contentious behavior in the desert that it was a very difficult transition. Many of them wanted to turn around and go back to Egypt. As terrible as Egyptian enslavement was, it was known.

And here we are, at the end of March 2021, more than one year after the pandemic began, once again at a transition point. Many of us have been vaccinated against COVID-19. Unlike so many of our family, friends, and neighbors, we have been saved from the Angel of Death. With care, we are told that we can begin the process of leaving our quarantine and isolation.

We know very well what has been experienced in the past year, but we have no idea about what lies ahead. Like our enslaved ancestors in Egypt, we know what we are leaving behind but have no idea what lies ahead. Many of us are having trouble passing through the threshold toward freedom. Like those unknowing, hurried slave ancestors of ours, we might have moments when we want to return to the safe haven of living separate and alone.

Judaism, however, is meant to be lived in the community: in minyans of ten and many more than ten, at shared meals in our synagogue simcha room and around crowded dining room tables, in classrooms for children and for adults, in horas danced with joy, in Jewish camps and on trips to Israel. It is toward the sacred goal of kehillah, community, that we will keep intending. As much as we don’t know about the world beyond sheltering at home, we will cross this threshold. And as we are passing through our doorways, let us meditate on our mezuzot. Let’s talk about our relationship with God, our gratitude for our lives, and our dedication to participate in an all-inclusive kind of freedom as we sit in our houses and walk on the way, as we lie down and rise up… and we shall write our post-Covid stories on the doorposts of our house and on our gates.