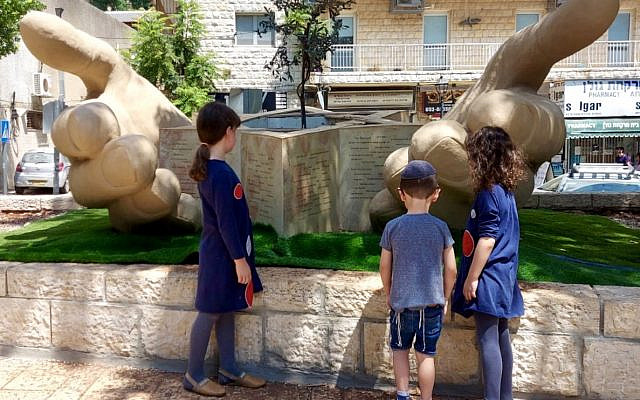 I had never heard of Tibor Herz before.  I doubt if anybody did outside of his Australian Jewish community.  He has since passed quietly into the dark shadows of the night, forgotten except for his son Gary having written to me.

Why did Gary write to me, a Jew he had never met living 15,629 Kilometers away in Florida? Why did he need to share the story of his father’s heroic actions, successfully saving Jews during the Holocaust?

The reason goes to Yad Vashem and their failure to remember.

Several years ago, I was privileged to read an unpublished memoir of a Holocaust survivor. In a small section of her story, she wrote about a Christian Evangelical who had saved over 700 Jews.  His name was Reinhold Chrystman.  Chrystman was the factory manager of the Kara-Hortensja factory in Piotrkow-Trybunalski, Poland during WWII.

Chrystman distributed the work permits to mainly young unskilled Jews to work in his factory.  The permits stated they were skilled, essential workers.  They were not.

Chrystman deliberately sought to save Jewish life.  He did much more than that. I provided documentation to Yad Vashem when I proposed him for consideration as a Righteous Among the Nations.

Yad Vashem took the information and sat on it, doing nothing.  It was not until I discovered more about Chrystman that I realized recognizing him might have been embarrassing to the survival story of a major figure in Israeli life.

I wondered about Jews who saved Jews during the Holocaust.  I approached Yad Vashem without results.

Yad Vashem does not sculpturally honor Jews who saved Jews, ostensibly because it was not part of their original mandate. It seems a twisted logic to deny a fundamental understanding of the Holocaust, how Jews in the face of death, fought to survive and save other Jews.

After years, Yad Vashem agreed and placed a memorial to Jews who fought as partisans or as part of resistance groups and armies. It is an uplifting memorial of Jewish resistance, giving the finger to the victim image of Jews going to their death like sheep.  It fits the modern Israeli narrative of the strong, courageous Jew and Israel.

If Yad Vashem would not build a memorial, a memorial would be built.

Working with the Jewish American Society for Historic Preservation and our Israeli connection, noted Israeli sculptor Sam Philipe, a memorial was designed and placed in Safed, Israel.

The memorial has 400 representative names ranging 3,500 of Jewish history. The names are carved into a Star of David cupped by two open hands. They are Jews who chose to save Jews, frequently at the risk of their own lives.

Stories were written about the “Hands of Choice” memorial in Safed.  There is nothing like it in the world that permanently, visibly honors Jews that have saved Jews.

In Australia, Gary Herz read one of the stories and wrote to me.  He shared his father’s story written by Dr. Alex Friedman presented at the 2010 Yom HaShoah service at Monas University in Melbourne.

“But I wish today to focus on one such courageous individual, a young man, who at the age of 19, fled the city of Pishtany in Slovakia after his parents and sisters were deported.  He was caught with false papers in Budapest and spent nearly 6 months in a detention center, where he made sure to spend his time near the entrance Gate and there became depended upon to secretly advise and help new Jewish detainees fill out their papers, so as to avoid deportation back to Austria, Czechoslovakia and Poland and the Concentration Camps.

This young man was Tibor Herz.

At great risk to himself, Tibor took advantage of his position at the entrance, not only to secretly advise newcomers, but also to smuggle critically important messages of survival and hope, for the prisoners and their Families and friends.

In 1944 when Eichmann came to Hungary to implement the Final Solution, Tibor realized the danger to this group of Jewish detainees and that they needed to escape.

Whilst the Guards were temporarily absent, he took the opportunity, given his position at the gate, to make a copy of the key.

He could have escaped easily alone, but instead at clandestine meetings he encouraged others to escape with him.  Whilst the guard was in another room he led the escape of 8 other inmates, leaving the gate unlocked so others could change their minds and follow.

He could not stay in Budapest, where so many Police knew him, and fled to Slovakia, where relatives arranged false papers under the Slovak name of Tibor Kronsky. He was tall, over 6 ft 2 inches and blond and did not look remotely Jewish, so could walk the streets of Bratislava, in safety without question.

He could have just melted away anonymously in the city, but took a job in a wholesale hardware shop owned by Jews, but administered by a non-Jewish manager.  The owner, Mr. Reisner, knew he was Jewish and, as Jews in Bratislava were under threat and in hiding, Reisner entrusted the lives of himself, his wife and two children to this young man.

The Reisners hid in a small space between two stacks of hardware during office hours, when the non-Jewish workers and customers were about.  Even a cough would have led to their death, and probably of Tibor as well.  During the day Tibor would help run the business and keep people away from their hiding place.  At night he smuggled them food and took away bundles of their bodily refuse.

For 11 months the lives of the four Reisners depended on 21-year-old Tibor, and his ability to evade capture, and his resourcefulness to keep them safe…

Yet, for 11 long months Tibor controlled this intense fear, and kept that fearful Beast at bay, and a Jewish family lived.

This modest man, who does not seek recognition or acclaim, became a story, of what we normal men, and women, can achieve.”

I did not know of Tibor Herz’s story otherwise his name might have been included on the “Hands of Choice” in Safed.

How many more Tibors are out there?

Though Yad Vashem refused to acknowledge Reinhold Chrystman, he is recognized.  Chrystman is honored as a Holocaust rescuer by the Anne Frank International Human Rights Memorial in Boise, Idaho.  He is recognized as a Holocaust rescuer by the Gariwo Garden of the Righteous Worldwide in Milan, Italy.  Just recently a new plaque of honor recognizing him was placed on the Holocaust Rescuers wall in Golder’s Green, London.

The Jewish American Society for Historic Preservation is willing to work with and donate to Yad Vashem for the creation of a memorial to Jews who saved Jews…if they are willing.