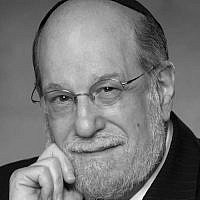 In a speech last week to the Jewish Labor Committee of New York City, Hillary Clinton exhorted her audience to fight and depose the Trump administration. She said: ”Do it for Tikkun Olam”.

Tikkun O’lam, “repairing the world”, has become the buzzword of very liberal Jewish groups wishing to give a kosher stamp of approval to their leftwing agenda. It has morphed into a political term during the last three decades. When liberals, the Jewish Reform movement, and Jewish Democrats speak today of “Tikkun O’lam” they are mischaracterizing and convoluting a concept for political gain and to provide a “religious” sheen on the left/liberalism that has been their political lodestar for decades. They are manipulating Tikkun O’lam to conform to their a priori devotion to liberalism and provide themselves license to social engineer virtually every aspect of society, permanently embed the welfare state, and transform America into a socialist model. This has been their desire for years and they have chanced upon a slogan to do so.

The truth is that Tikkun O’lam is a rather conservative calling. It was used in a prayer that some attribute to Joshua. It means that the Jewish people should make well-known the name of the One God and the commandments and limitations God has set for mankind. Many of these restraints on conduct are, in fact, ostracized by liberal groups, as is the very concept of submitting to Divine authority.

Worshiping God is the historic meaning of Tikkun O’lam, for fidelity to God’s law repairs the world. Tikkun Olam was never conceived 3,000 years ago as a call for the social engineering of society into a welfare state and socialism. Nor is it to be used to fight against the founding principles of personal accountability, liberty, and local control.

Long ago, the Zohar, the foundation of mystic kabbalah, saw “Tikkun O’lam” as a call to mankind to produce products and services that benefit people, as is the goal of industry, science, modern companies, and our human creativity. It also was used by the Talmud to warn people and institutions not to physically harm or abuse their neighbors and be considerate of boundaries between shops and between humans, to deal with courtesy and manners. Tikkun O’lam is not a call for a domineering Nanny State, rather for individuals to do their part to spread the News of God and perform acts of individual concern and courtesy that make civic life possible.

In her speech, Mrs. Clinton used Tikkun Olam to condemn all the policies of the Trump administration. Such rhetoric seems to be much too political for what the ancient Joshua, Zohar, and Talmud had in mind. She even included in her remarks a castigation of our immigration policies. But, this belies the reality of Torah, which is quite protective of a nation’s borders and a country’s existing citizens. Torah does not espouse Open Borders or a No-Need-for-Vetting policy. As is, the United States, as a decent country, spends billions trying to accommodate the physical needs of people while maintaining immigration standards that safeguard the country from abuse.

No doubt, liberals would not be calling for Open- Borders if those coming across the border illegally were Likud-niks from Israel, fierce anti-communists from Cuba, or fundamentalist Nigerian and Sudanese Christians fleeing persecution from Islam. They would, as they did during the Nixon impeachment, be chanting “rule of law, rule of law”.

The term Tikkun Olam has been politicized by the Left in service to the agenda of groups, among many others, such as the Jewish Labor Committee, a radical and marxist-oriented group from way back, often very critical of Israel, secular, and at war with many of the Jewish rituals. For the Left everything is politicized, even our religion. Their first and foremost loyalty is to their socialism/collectivism, not Jewish law and not Jewish survival. It is ironic that secular Jewish groups who often deride our traditions and choose the goals of other minorities over the safety and needs of Judaism suddenly become “religious” and advocates of platitudes such as Tikkun O’lam if it can be turned to their leftwing advantage.

For many, Tikkun O’lam is a means to control society and have power over others, reflecting their sense of moral and intellectual superiority, and haughtiness, toward others. In other words, the anointed know what’s best for everyone else…everywhere. It seems the Tikkun O’lam-niks need some tikkun, some repair, of their own.