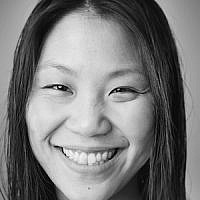 The Blogs
Susan Lui
Apply for a Blog
Please note that the posts on The Blogs are contributed by third parties. The opinions, facts and any media content in them are presented solely by the authors, and neither The Times of Israel nor its partners assume any responsibility for them. Please contact us in case of abuse. In case of abuse,
Report this post.

In taking on tikkun choleh Israel is indeed repairing the world.

Over the past few decades Israel has taken extraordinary action to offer world class expertise in medicine, triage, search and rescue, and disaster intervention in areas desolated by natural disaster across the globe.

I know this because I pay attention to Israel and world events. While I am a hybrid of cultures and religions I am part Jewish. I am part Chinese, part Korean. I am mixed with Buddhist ancestors and Burmese great great great great grandparents who traveled the “Silk Road”. I am also part Nepalese.

From treating refugees of the ongoing war in Syria to welcoming refugees from the internal strife in Sudan Israel often aids those that quietly or vociferously seek Israel’s destruction.

Even Hamas terrorists injured fighting Israel’s own troops were offered life-saving intervention during the summer of 2014 when Operation Protective Edge aimed to end the barrage of rockets being fired into Israel and a constant danger to 1.5 million Israelis.

In years past Israel has offered aid to the residents of Gaza and the PLO including medicine,  assistance to elderly, pregnant, and sick children and offering life-saving procedures at Israeli taxpayer cost.

Prior to Operation Protective Edge, on the very same day three teenage boys went missing, later found to be murdered, Mahmoud Abbas’ wife, Amina Abbas, was admitted to the Assuta Medical Center where she underwent surgery.

Yet, a recent AP report cites the Palestinian Independent Commission for Human Rights, indicating that human rights in PLO controlled territories are at their “worst” in years. The report holds Hamas and the PLO responsible for torture, murder, silence of speech, and denial of medical care for those injured. Often children. Often Israel is then blamed for the death of these innocents.

Meanwhile Israel treats thousands of Palestinians every month from routine prenatal check ups to required dialysis to life saving operations. Despite this, Israel is often cited as a denier of human rights and the purveyor of apartheid. 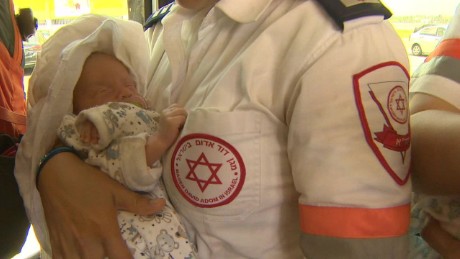 But these same patients offered such world class care and recovery often return home to chant “Death to Israel” and “Death to the Jews”.

Israel offered its assistance to Iran in wake of a devastating earthquake in 2003 that killed more than 26,000 people. Tehran’s Interior Ministry spokesman responded: “The Islamic Republic of Iran accepts all kinds of humanitarian aid from all countries and international organizations with the exception of the Zionist regime.”

Israel offered aid to Turkey in the wake of their own massive earthquake in 2011 and likewise in 2012 were amongst the first teams to arrive in Haiti, ravaged by one of the worst natural disasters in its history.

Israel was also amongst the first countries to offer highly trained personnel to Japan in wake of the 2011 desolation caused by the tsunami including an ensuing nuclear meltdown. 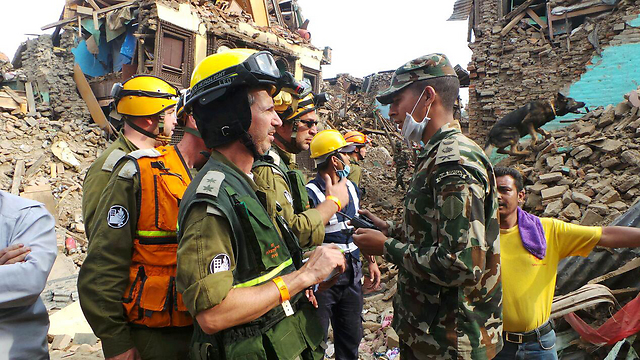 Healing from Within and Brighter Days

Israel continues to heal the world, to fix the world, globally and locally, through offering its advanced technological, medical, and first responder teams at critical first moments when global crisis hits.

Hopefully one day the world can see more clearly and begin to heal their toxic perspectives of what Israel, Zionism, and Jews offer the world. As in the words of Jimmy Cliff:

“I can see clearly now the rain is gone.

I can see all obstacles in my way.

Gone are the dark clouds that had me blind.

It’s gonna be a bright, bright

It’s gonna be a bright

Oh, yes I can make it now the pain is gone.

All of the bad feelings have disappeared.

Here is that rainbow I’ve been praying for.

It’s gonna be a bright

About the Author
With multi-colored blood and a tangle of (up)roots from Nepal to Louisville to Dallas to South Carolina, Denver and Chicago Susan Lui has finally begun planting her roots on Long Island where she enjoys ocean breezes, art, writing, philosophy, and immersing and nurturing her thriving always untangling roots of her Jewish ancestry and tradition.
Comments