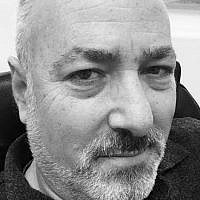 It was twenty-two years ago that Yitzhak Rabin, Shimon Peres, Yasser Arafat and Bill Clinton shook hands on the White House lawn and signed the Declaration of Principles, an agreement that was to launch a peace process between Israel and the Palestinians. Over the course of almost a quarter of a century, the peace process has gone through ups and downs, moments of agreement and bitter years of violence including the second intifada and a number of military operations designed to protect the people of Israel from Palestinian terrorism. Certainly, the fault for the lack of peace 22 years into the process resides with both sides, although the balance of culpability is debatable and highly subjective.

The fact is that the Palestinians, who hoped in 1993 to have a state of their own within a short time, are still far from independence while Israelis are far from living in peace and tranquility. Both sides are as staunchly entrenched in their positions as ever and there is no peace process to speak of. Though it will seem counter-intuitive to many, it is time for a new initiative to bring about final resolution to the conflict. Now is the time for Israel to negotiate: when the Palestinian side is in a relatively weak position, mostly ignored by their brethren and without the intransigent support of the Arab world, and when Israel is, in many ways, at its strongest ever. Conditions are ripe.

A peace initiative or even just a spark that would re-ignite the stalled talks can come from different sources. It could be a Palestinian initiative, although given the present weakness of President Abbas, an initiative from that source is not very likely. It could be an Arab initiative, possibly based on the Saudi peace plan, but with so many Arab League countries focused on ISIS, that does not seem to be forthcoming either. An American initiative is certainly possible, although with the US Administration so occupied with the Iran deal, it is not surprising that the last year or two were not characterized by American leadership in the Palestinian-Israeli arena. A European initiative, while discussed in the media in the course of recent months, will probably not receive the support needed from all sides, given the EU’s traditional position on the conflict which failed to garner much trust among Israelis.

The present constellation in the Middle East and in the international arena is ripe for an Israeli initiative to re-launch the peace process. By taking the initiative, Israel can have better control over its parameters.

Prime Minister Netanyahu was re-elected five months ago with a large majority and has created a coalition government which may not be the strongest or the most stable one in our history but still represents over half of Israeli voters and is more homogeneous than previous governments, enabling it to make courageous decisions which would be supported by a majority of members of Knesset, including many in the opposition.

The US Administration, eager to follow-up on what it perceives as success on the Iran front, will be interested if not eager to embrace a new initiative to resolve another Middle Eastern thorn in the American side. US involvement and support of a peace process is essential anyway, if such a process is to have any chance of success. The European Union will likely support a serious initiative if it is viable.

Israel needs a peace process with the Palestinians not as a means unto itself but as a tool to reach its long-term, strategic objective: to finally have a safe and democratic Jewish state that enjoys secure and internationally recognized borders. The inherent conflict between maintaining Israel’s democratic character with all it entails on the one hand, and on the other hand maintaining control over a growing indigenous population that seeks to have its own self-determination and is denied full and equal rights, is unsustainable in the long term. In other words, as long as Israel keeps its hold over the West Bank, it will need to decide whether it views itself as a democracy – and thus give full democratic rights to over a million and a half West Bank Palestinians (thereby endangering our Jewish character in the long run) or as a Jewish State – denying the Palestinians their rights and therefore relinquishing our claim to be a democracy. Israel cannot, over time, remain a Jewish State and claim to be a full-fledged democracy.

Prime Minister Netanyahu is poised to break David Ben Gurion’s longevity record at the helm of this country. He has a full term ahead of him and on the other side of the ocean, a US President who will be eager to support a peace process in the two years left in his term. Some potential new alliances are appearing on the horizon as a result of a shared threat perception by Israel, Jordan, Egypt and even Saudi Arabia and some of the Gulf states. Faced with the Muslim Brotherhood and its local branches, ISIS gaining strength all over the region  and a potentially nuclear Iran in the east, a new alliance that crosses the Jewish-Moslem divide may for the first time become reality. Certainly, a peace process with the Palestinians will require as much regional support as possible. The role of Arab states can be crucial in supporting the Palestinian leadership as it takes bold steps to consolidate power over its own people and disarms the militias and terror organizations in its own camp, which are an obstacle to long-term peace with Israel.

Time is not on Israel’s side as friction and dissatisfaction among the Palestinians is not abating. The powder keg that is the Gaza Strip, under the control of Hamas for the past decade, is not going to disappear and the constant threat of war from Hezbollah, Iran’s proxy in Lebanon and Syria, is one more challenge that the Israeli military needs to prepare for. Taking the Palestinian conflict off the roster of potential flash points is a clear Israeli interest.

Contrary to the seemingly innumerable past rounds of talks between Israelis and Palestinians, and without attributing blame to one side or the other, it is clear that a new initiative must be innovative as well as courageous. It needs to go, in the language of Trekkies, where no man has gone before. Israel needs to present the Palestinians not with a list of demands which are in themselves hardly palatable to the Palestinian leadership. Instead, Israel needs to present the Palestinians with a clear horizon, an image of what a lasting and final peace agreement would look like. It needs to include maps with clearly defined borders and a detailed list of benefits for the Palestinian people. The horizon presented to them needs to be all-inclusive; it needs to delineate the final goal as being a sovereign, independent Palestinian state with a capital city in East Jerusalem. It needs to show exactly how much of the West Bank they will be receiving and how much land-swap they will receive in return for clusters of Israeli settlements that will not be dismantled and will remain in Israel once the pre-1967 border is redrawn to account for demographic necessity. A full package of a peace initiative will also include Israel’s demands in terms of its security, including demilitarization of Palestine for a determined amount of time and possibly the presence of an international peacekeeping force to ensure that Israel’s security is not jeopardized. The package should also include Israel’s proposed solution to the refugee question, which should be resolved within the borders of the state of Palestine and certainly not within the confines of the state of Israel. Only if presented as part of a comprehensive plan, will Israel’s demands be taken into consideration by the other side.

An Israeli peace initiative must present the Palestinians with the image of the future first, enabling them to “digest” Israel’s demands. Such a package deal then needs to be marketed to the peoples on both sides, but mainly to the Palestinian people who need to see the light at the end of the tunnel. They need to be convinced that supporting the Palestinian Authority rather than Hamas and dialog rather than violence, carries tangible benefits at the end of a peace process. The Israeli people, too, need to be “sold” on the initiative which has to be presented as the only viable path towards maintaining Israel’s character as both a Jewish and a democratic state. The initiative needs to show Israelis that a one-state solution is not sustainable and that once a peace deal is signed, they will have more – not less – security. Unfortunately, the past two decades have shown Israelis that evacuation of land (in Lebanon, in Gaza and in the West Bank) has always been repaid with heightened violence against our citizens instead of more security. A peace deal with the Palestinians needs to show clearly and realistically how it will benefit Israeli citizens and how past experience will not repeat itself.

A new peace initiative will not be easily sold  to some sectors in Israeli society. The right wing of Likud and certainly members of more right-wing parties will find such an initiative very hard to accept. Their insistence on holding on to the West Bank and east Jerusalem comes from decades of ideological conviction and religious belief. That is why such an initiative can only come from a Likud Prime Minister who enjoys popularity as well as a Knesset majority. He will be supported by most parties in the opposition (with the exception of Lieberman’s Israel Beytenu) and will enjoy the support of the international community – especially the US, Europe and moderate Arab countries. It takes courage to row against the stream of your own constituency but I believe that a complete and comprehensive peace deal will pass muster among most Likud voters. At the end of the day, it comes down to a question of leadership and where Prime Minister Netanyahu views himself in a historical perspective – as a leader who merely stayed out of major wars, or as a statesman who, for the first time in Israel’s 67 years, made peace with the Palestinians.