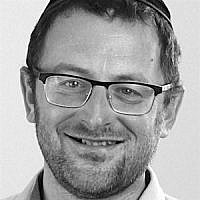 The Blogs
Pesach Benson
Apply for a Blog
Please note that the posts on The Blogs are contributed by third parties. The opinions, facts and any media content in them are presented solely by the authors, and neither The Times of Israel nor its partners assume any responsibility for them. Please contact us in case of abuse. In case of abuse,
Report this post.

I presume it was curiosity that drew my grandmother to a Berlin political rally where a rising figure named Adolf Hitler spoke. Her job as a secretary to the Consul General of Austria in Montreal made my “Omama” sensitive to Europe’s political winds.

It was early 1933. Wally Heller was only in Berlin to visit her mother and siblings, and introduce them to the newest member of the family, her infant daughter (my aunt) Ruth.

I don’t know exactly what triggered the red flags in Omama’s mind, though Hitler’s rhetoric and oratorical skills are well-known. But she shared, I’m told, her thoughts in letters to her husband, Paul (“Opapa” as I always referred to my namesake), back in Montreal, and her brother, Herman. They had good reason to be alarmed. Both fought in World War I and experienced antisemitism in the Austro-Hungarian and German armies respectively. Jews on the front lines of those armies learned to keep their identity secret. Opapa and Herman may not have been acquainted with Hitler the individual but they were unfortunately familiar with his ilk and the prejudices he appealed to.

Opapa’s reaction to the letters was blunt. Get your family out of Germany.

He even began sending money as he could for their passage and visas. 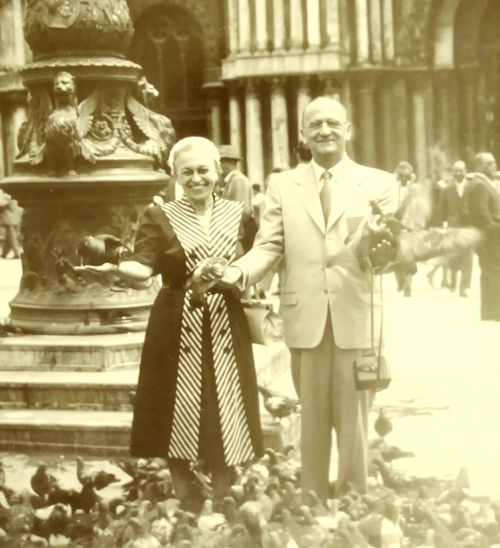 My grandparents, Wally and Paul Heller in Venice.

It was Omama’s job to convince her mother, siblings and extended family to leave Germany before it was too late.

My great-grandmother Clara and my great-aunts Frieda and Helen left Germany for good in 1935. Whatever Herman’s intentions, he fled to Palestine after learning that the Nazis were after him.

The rest of Clara’s family opted to stay. Yes, the Nazis were antisemitic. But Germany was a respectable country. The storm would pass, they insisted.

We know how wrong that was.

My great-aunts and great-uncle all went on to marry and raise their own families. But despite the joy of seeing grandchildren, including my mother, Clara spent the rest of her life in Montreal pained by the loss of her extended family and home sick for a Germany that would never exist again.

As I lit a memorial candle for my beloved “Omama” on her yartzheit, the Hebrew anniversary of her death in 1990, I wondered what she would think about today’s situation.

What would she make of a US president of German descent having a hard time distancing himself from torch-carrying white supremacists chanting “Jews will not replace us” in the streets of Charlottesville? How would she have viewed a Somalia-born US congresswoman accusing American Jews of having dual loyalties? And how would her heartstrings have been tugged by British Jews contemplating an antisemitic Labour government and leaving the UK?

Yet Jewish history features plenty of golden ages turning upside down: The 1096 Crusader massacres in the Rhineland, the Spanish Inquisition of the late 1400s, the Farhud massacre of Baghdad Jews in 1941, and of course, the Holocaust. Were warning signs dismissed because “it couldn’t happen here” or because “the storm will pass?” I’d like to think it couldn’t happen in the US, but my grandmother’s memory makes me pause.

What are the red lines that should trigger, if not an exodus, a conversation about one?

I don’t know what my grandmother would say about today. But with Right and Left wing antisemitism becoming the new normal, maybe — just maybe — she’d say it’s time to have a candid conversation about the writing on the wall.

About the Author
Pesach Benson, a Baltimore native living in Jerusalem, is former deputy managing editor of HonestReporting.com and was a reporter for the Baltimore Jewish Times.
Related Topics
Related Posts
Comments