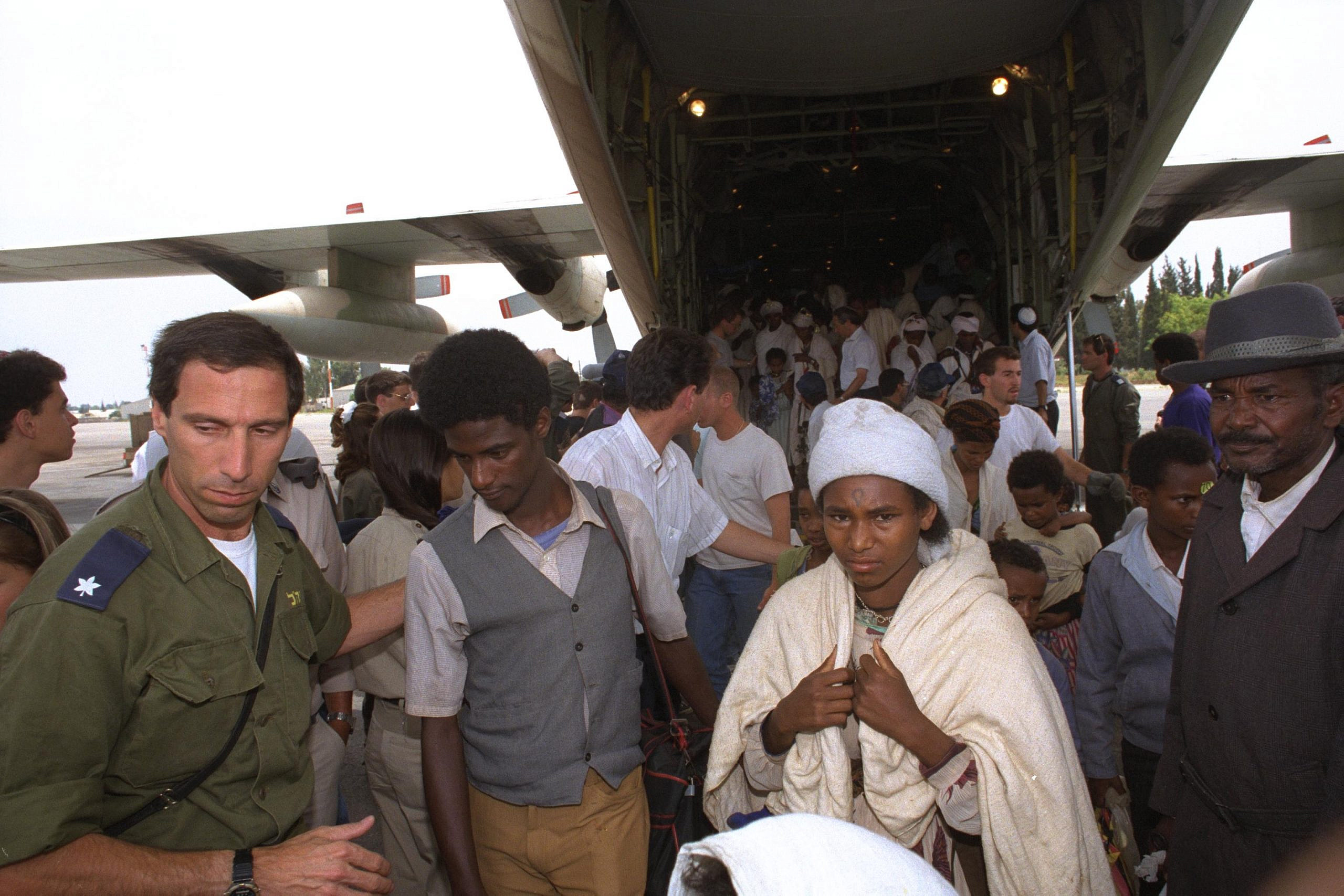 The weekend of the miraculous airlift of nearly 15,000 Ethiopian Jews to Israel in May 1991, I felt a sense of historic euphoria. It was a bold operation to bring home most of the remnants of Ethiopia’s ancient Jewish community.  Being young, single, and home alone, I wanted to share this incredible moment with the woman I was dating, so much so, and so significant it was to our lives and the history of our people, that it was one of the early signs that we were meant to be married.

Operation Solomon required bravery, secrecy, imagination, a large dose of chutzpah, and commitment to do what was right. It brought back memories of Israel’s 1976 rescue, even further away, with the counter terrorist operation to bring home all the Jews who had been hijacked to and held in Uganda. No less historic, this paralleled the rescue decades earlier of Iraqi and Yemenite Jews.

Despite the secret airlift of Ethiopian Jews in 1984 from Sudan via Europe, we knew little about them, but their return to Israel was exotic and inspiring. Even miraculous. It was the first-time black Africans were being brought out of Africa en mass, from persecution to freedom.

As much as this is something for which Israel can be enormously proud, rescuing Jews, saving lives, fulfilling the prophetic return of black Jews, it was not without a hint of racism. Sadly, on that level, Israeli society has its flaws just as others do. I’ll never forget my grandmother, in a different context, warning me in the 1980s to “watch out for the Moroccans,” and shuddering at the idea I posited of marrying an Ethiopian Jew (before I met my wife).

Today, several thousand of the remnant of the Ethiopian Jewish community remain in Ethiopia. Many have been waiting for decades for the opportunity to come home.  Most have family in Israel from whom they have been separated for years, if not decades.

As there were controversies with the repatriation of the initial waves of Ethiopian Jews, so too there are controversies about bringing home the rest. Most of those who remain in Ethiopia are descendants of members of the Jewish community who were forced to convert to Christianity. They’ve come back to Judaism. However, this is more naturally a return both because of the combined tribal nature of Ethiopia and anti-Semitism, they were never accepted as anything but Jews, and because their religious and cultural orientation has remained Jewish. They live Jewish lives, more than many other diaspora communities, and still undergo full conversion to return to the Jewish people completely.

Successive Israeli governments have made statements and declarations, even passing resolutions to bring home the remainder of the community.  This could end the chapter of this ancient diaspora community. Earlier this year, the government passed another resolution to bring home 2000.  Five hundred are expected to arrive this week.

The fulfillment of bringing home “just” the 2000 much less the thousands of others is threatened by government indecision and politics, control by religious authorities in determining who has the right to return, significant financial challenges with no government budget yet for 2020, and limited funding sources for their rescue and absorption.

It’s time for Israel to be heroic, and realize the historic opportunity that is before us. It’s time to put divisiveness and politics aside, and unite to complete the repatriation of the remainder of Ethiopia’s Jewish community.

It’s time that we restore the imagination that was the fuel for previous airlifts of ancient and endangered Jewish communities in the past. Such imagination would have had Israel’s recent diplomatic delegation to Sudan thank them for their country ‘s role in helping us save Jews in the 1980s, and make a detour to pick up a planeload of new Ethiopian immigrants on the way home.

That imagination would have somebody smarter and better connected then I realize that dozens of Israeli commercial planes are sitting idly on the ground and many more Israeli hotels are empty. These could be used for a new airlift over a week, or even a weekend as was done in 1991, and initial housing of the new immigrants.

An Israeli delegation in Ethiopia this week, headed by Ethiopian-born Minister of Aliyah and Absorption Pnina Tamano-Shata, is making arrangements to bring hundreds of Ethiopian Jews home with them. Hopefully at least the 2000 expected immigrants will come home soon as well. But this week, there is also concern that the existing Israeli government will collapse, and Israel will be thrust into a new election season. This will make everything that happens in Israel become overtly political, if it weren’t that way already. It will risk further deferring of government decisions unless it’s something that can win votes. Languishing in the crosshairs is the remainder of the Ethiopian Jewish community. It’s not acceptable that government indecisiveness should hold up this historic opportunity and indeed imperative, much less that the government shouldn’t be committed to carrying out a resolution it embraced.

The Genesis 123 Foundation has stepped forward to do its share and mobilize others. Between a grassroots campaign, and enlisting individuals and organizations to partner from as little as $500-1000 to be part of this initiative, they hope to provide at least several  hundred thousand dollars, to help bring home, resettle, and provide special resources for those Ethiopian Jews who are already in Israel and who still need our help.  This is being done with existing organizations that provide tangible services with the highest integrity.

Uniquely, these efforts involve both Jews and Christians together.  This will leverage the support and commitment of both, affirming that the total is greater than the sum of the parts. Such partnerships affirm that the opportunity is a prophetic and historic imperative. All are invited to join the effort.

By any definition, 2020 has been a challenging year. Many have lost control of our lives. As much as that’s the case for stable families with good jobs, it’s all the more the case among Ethiopian Jews.

Let’s take this opportunity to seize control of something that’s in our control, and invest for the Ethiopian Jews’ long-term success for decades to come. Let’s end 2020 on our terms, taking decisive action to shape our future, not being victims of circumstances beyond our control.

Let’s be heroic, imbued with bold imagination that has prophetic overtones.

Ethiopian Jews were separated from the body of the rest of the Jewish people at the time of King Solomon. They lived a biblical Judaism, unaware of other religious and historic miracles that we celebrate today including Purim and Chanukah. As they come home and become integrated, celebrating their first Chanukah in Israel, let’s give them another reason to celebrate the season of miracles, by doing our part to make miracles happen, partnering with initiatives like this and God “who performed miracles for our forefathers in those days, (and) at this time.”