It would be an understatement to say I worried about A WING AND A PRAYER’s recent American Jewish Historical Society screening in Manhattan. As my Penn State University students put it, I was “freaking out.”

My fiancé reminded me the last time I “freaked out” about a film screening – DISCOVERING GLORIA’s rough cut showing – we had to reopen auditorium sections I had roped off in anticipation of a much smaller crowd.

The WING AND A PRAYER New York City screening, I told Rachel Wolkenhauer, was different. All indications – ticket sales in the low double digits, polite Facebook RSVPs from friends who had no intention of showing up and local press coverage that amounted to just one line in the New York Post – pointed to a disaster.

An hour-long documentary airing on PBS stations around the country, A WING AND A PRAYER had received plenty of press, it seemed, everywhere except for where we needed it most.

To make matters worse, the pressure to fill the Center for Jewish History’s 260-seat theater in Chelsea mounted as the families of the heroes featured in the film notified me that they were flying in from Israel, California, Chicago and Miami to attend the screening.

I called them to suggest they reconsider making the trip. But each one of them noted that the audience size made little difference. They were coming to honor the World War II aviators who risked their lives and freedom in 1948 to prevent a second Holocaust. Jim Winters, son of operation member Charlie Winters, said a “more intimate audience” would give him a better opportunity to interact with other heroes’ family members.

Walking into the Center for Jewish History an hour before the screening, I spotted Hal in the lobby. I gave him a hug and wasted little time asking him about his experience. Although I had interviewed nearly 30 subjects in the United States, Canada, Europe and Israel during the six years I made A WING AND A PRAYER, I only connected with him after the film’s release in April.

Standing outside the Center for Jewish History theater, we started making plans to videotape his story. Despite having completed the film, I want to preserve Hal’s recollections. I hope to build a cutting-edge, interactive website that features full interviews and a variety of entry points for students, scholars and others who wish to study this previously omitted chapter in history.

For the next half an hour, I greeted the families of the operation members, including Al’s son, Danny, and grandchildren, Avi and Sarah, as well as Jim, who rushed in wearing a smile and a sparkle in his eyes, looking for Hal.

By the time I entered the theater, I no longer agonized about the audience size. In my mind, the event made up in quality whatever it may have lacked in quantity.

Stepping in, Rachel elbowed me. The theater was packed.

Did I feel relieved? Sure, for a couple of days. But my anxiousness quickly returned in preparation for June 11, when the Jewish Federation of Brevard and Indian River Counties hosts the Florida premiere of A WING AND A PRAYER at Premiere Theaters Oaks 10 in Melbourne.

Why am I so concerned again? The event’s guest speaker is Hal, who happens to be one of the operation’s last remaining members. I want him to speak to a packed house. I know he’ll be happy just to be there but I cannot help it. I will strive to give as many people as possible the opportunity to participate in this unique evening. 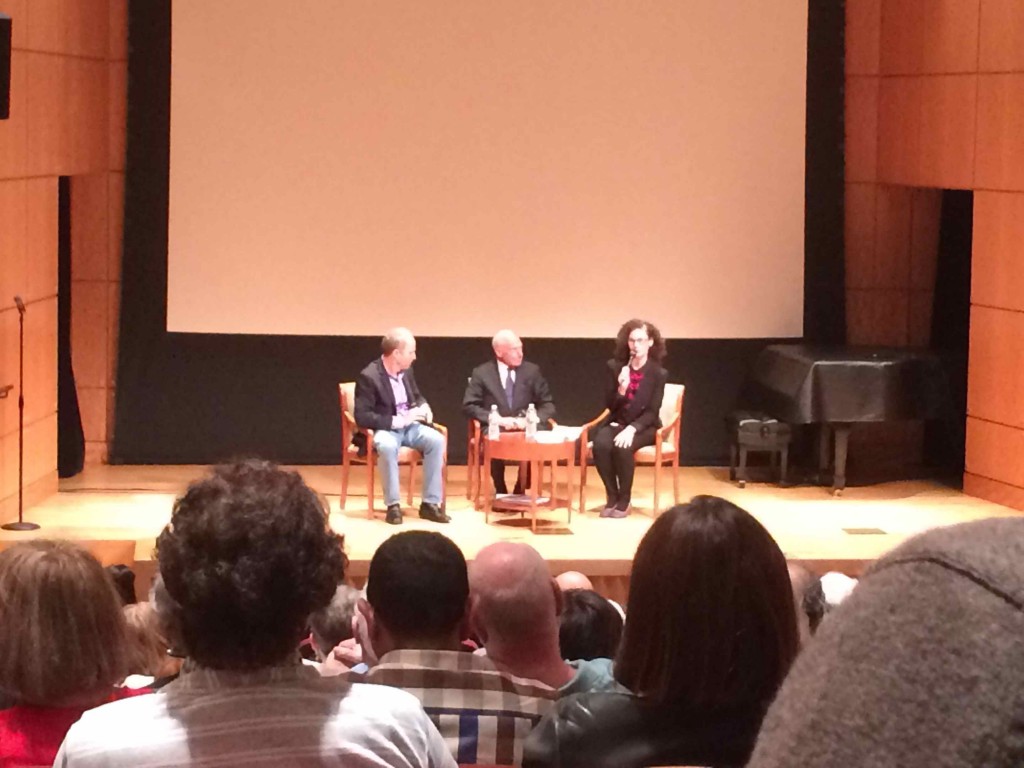 A Wing and a Prayer director Boaz Dvir and American Jewish Historical Society Chairman Emeritus Kenneth Bialkin answer a question by AJHS’s Shirly Bahar during a screening of the PBS documentary. Attendees included the families of operation leader Al Schwimmer, B-17s supplier Charlie Winters and pilot Harold Rothstein. One of the few remaining members of the 1948 secret, illegal effort to prevent a second Holocaust,

Hal has done his part. Now I have to do mine.