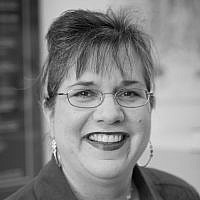 Only 11 days into “Operation Protective Edge” and already analyses that twist and ignore the facts to pin all the blame on Israel are being published in major newspapers of record. Of course, this is nothing new when it comes to the Israeli-Palestinian conflict, where so-called experts have long presented a distorted picture of Israel as a perennial villain. But it’s disappointing when it’s written by a top-notch analyst at an award-winning think tank whose prior published reports on the conflict have been both relatively fair to all sides and superbly researched.

I’m referring here to Nathan Thrall’s opinion editorial published yesterday in the New York Times, and endorsed today by the paper’s editorial column. Thrall, a senior analyst at the International Crisis Group, slams Israel for failing to embrace the reconciliation agreement between Fatah and Hamas back in early June, a grave error which he views as the root cause of the current crisis. In particular, Thrall argues that Israel should have done more to get Hamas’s 43,000 civil servants paid. Does Thrall actually believe that 3.5 million Israelis are spending their summer in bomb shelters because of a labor dispute?

The real problem was that the April 2014 agreement didn’t attach any preconditions to Hamas’s entry, like the dismantlement of its terrorist infrastructure or the nationalization of its militia. Social scientists have long argued that the inclusion of radical groups in a democratic process tends to ‘tame’ them over time—even extremist religious parties gradually moderate their ideologies to appeal to more voters. But this only works if there’s a monopoly on the use of force. Political parties can’t keep their private armies. And even then it may not work. For example, Israel had to eventually outlaw the racist Kach party because of its incitement to violence.

Instead of the unity government moderating Hamas, Hamas yanked its new government partners back into war. Let’s face it: law-abiding political parties don’t resolve quarrels with their political adversaries—like the disagreement with Fatah over the payment of civil servants’ salaries—by launching a barrage of missiles at innocent civilians. But it is what terrorist organizations do.

The failure to extract any price from Hamas for entering the national consensus government allowed its armed wing to unilaterally break the November 2012 cease-fire. Nearly 300 rockets were fired at Israel between June 12 and July 8, when Israel reluctantly initiated a retaliatory strike in defense of its citizens—a fact that Thrall conveniently ignores.

Why did Hamas start a war? Not because it wanted to ease the “suffocating border closures imposed by Egypt and Israel,” as Thrall suggests. Please. Hamas doesn’t give a damn about whether Gazans have access to the outside world. If Hamas cared so much about its people, it wouldn’t be using them as human shields. No, Hamas started it for the same reason that terrorist groups the world over use these strategies: to win a PR victory by forcing the enemy’s hand and pushing it into retaliating massively.

The road out of the crisis isn’t to reward Hamas with a “generous” cease-fire, as Thrall suggests, but for the West to support Israel in removing Hamas from, and assisting Fatah’s return to, Gaza. Consider it poetic justice. After the vicious 2007 coup when Hamas ousted Fatah from the Strip by throwing its members off rooftops and shooting them in the kneecaps, why should Fatah only have a “foothold” in Gaza, as the unity agreement promised? It should rightfully run the place. Maybe then instead of Gazans constructing terror tunnels, all those Israeli greenhouses that were trashed in 2005 can be rebuilt.

Think Palestinians won’t support it? Think again. It’s not only Egypt’s General Abdel Fattah el-Sisi who can’t stand Hamas, Gazans don’t think much of it either. Of the many Palestinians from Gaza who have participated in my university’s student and professional exchange programs in recent years, I have yet to meet a single person who really supports Hamas. True, they don’t have much affinity for Israel. But they want what Palestinians in the West Bank have and what they know only some degree of cooperation with Israel can provide—a modicum of security, religious freedom, economic rejuvenation, and access to the world. My admittedly anecdotal evidence is supported by recent polls. Back in mid-June only11.7% of Gazans said they would vote for Hamas’s Ismael Haniyeh to be President of Palestine (in the West Bank, support for Haniyeh’s candidacy was even lower—only 6.9%). Turns out what the majority of Palestinians want is for Israel to offer them more job opportunities.

Don’t get me wrong: a limited ground operation to destroy the terror tunnels, thin Hamas’s ranks, and deplete its rocket stores will weaken Gaza’s terror infrastructure. And it has the advantage of being a war goal with a clear end-game. But in the long term, as noted by Israel’s own security experts, degrading Hamas’s offensive capabilities will have only a nominal effect. It’s like putting a band-aid on a festering wound. Sooner or later—because Iran isn’t willing to relinquish its beachhead in the region and will resupply it, and because it’s an anti-Semitic organization ideologically committed to the destruction of Israel—Hamas will again lob (more accurate and longer-range) rockets onto Israeli civilians, and innocent Palestinians will again suffer the consequences of Gaza’s brutal regime.

Enough is enough. No more short-term, stop-gap measures. Nathan Thrall is wrong and Tzipi Livni is right: it’s time to “bring down Hamas” and liberate the Strip.