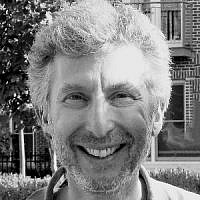 To suggest it is somehow important for Jews to maintain their numbers in France is folly. Estimates put the French Jewish community at about 500,000 or roughly one percent of the total population. Seven decades after Auschwitz, this statistically insignificant remnant is under attack. Armed guards are necessary at Jewish schools. Safety cannot be guaranteed for those publicly displaying any identifiable sign of Judaism. Antisemitic jokes, remarks and gestures have found a home in the popular culture. For French Jews, the graffiti is on the wall.

It has been suggested that the French are merely continuing the struggle inherent in the French Revolution between being a tolerant welcoming France on one hand and a conservative close minded country on the other. Jews have been living in France since the days of the Caesars. The suggestion is the French need a bit more time to decide whether or not to welcome us. Apparently, the French are extremely slow to make decisions.

The current eruption of the old ugly fever begins with Charles de Gaulle at a press conference in November of 1967. Then and there he made it plain France was going to tilt towards the Arabs. For the first time since the Holocaust, the head of a Western European state linked criticism of Israel with negative Jewish stereotypes. Jews were painted as arrogant and aggressive and accused of having dual allegiance. The moment of uneasy silence following Treblinka was over.

From that point on, polite antisemitism was tolerated. Both the Right and the Left in France had their own paths. For the Right, the traditional demonization of the Jews, cultivated over centuries, never really disappeared. It was a constant that bubbled and oozed just below the surface. The Left embraced the Soviet spin that the Jews were guilty of colonizing Palestine and in the process, repressing the aspirations of the ‘native’ inhabitants.

In 1980 the synagogue on Rue Copernic was bombed. After the attack, then-Prime Minister Raymond Barre described the bombing as “a heinous act against Jews in a synagogue that struck four innocent Frenchmen crossing the street.” The implication is the French Prime Minister saw the synagogue’s members as neither innocent nor French.

Other assaults and attacks followed. A recent Anti-Defamation League poll show anti-semitism in France, and all of Europe at “disturbingly high levels.”

Earlier this summer a shooting at a Jewish school in Toulouse left three children dead.

On July 13, about one hundred Muslim thugs had gathered in front of the Don Isaac Abravanel synagogue in Central Paris, and threatened to storm it. Two to three hundred worshipers were locked inside. There were five police officers to protect them–and two dozen Jewish youths trained in martial arts.

This past Sunday, in the Parisian suburb of Sarcelles, a town with a mixed Arab-Jewish population, an Arab mob torched cars, attacked Jewish owned shops and clashed with members of the Jewish community outside of a synagogue, which the rioters attempted to set aflame. That was only one of several attacks against Jewish places of worship in greater Paris.

France may be a wonderful country with rich traditions and a tolerant population. Certainly Theodor Herzl imagined it was. Then he was sent there to cover the Dreyfuss trial. It was after he discovered pervasive anti-semitism in the heart of liberal democratic France, that he concluded Jews, to lead a normal life, must leave Europe.

Today, just a short flight across the Mediterranean, Herzl’s vision is a vibrant reality. For French Jews, it seems to me the question is not should you stay in France, but, rather why would you want to?

About the Author
Art is a composer and playwright whose works promote positive images of Jewish culture and history. He currently lives in the Washington, DC metropolitan area and is a member of the Association for Jewish Theatre.
Comments