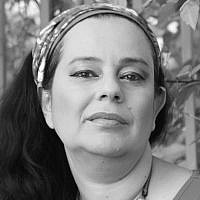 Based on Yair Lapid’s interview to the ultra-orthodox media, we can identify a severe problem in the dialogue between the ultra-orthodox and secular sectors: a narrow point of view which doesn’t take the entire nation under consideration.

Beit Shemesh was going through recurring local elections on March 2014. This was the Purim holiday period, and the city was divided – ultra-orthodox vs. all the rest. The ultra-orthodox campaign was using relevant verses about extermination from the Book of Esther. Had a stranger stepped into the ultra-orthodox centers in town, he could have accidentally thing he landed on Ayalon highway: huge posters were hanged on the roofs, with then Minister of Treasury Yair Lapid’s face’ next to the words “to gather themselves together, and to stand for their life”.

In an historic interview given by Yair Lapid to Eli Bittan and Akiva Weiss from Behadrey Haredim (the largest ultra-orthodox portal online), he recalled that period and said: “Do you have any idea what does it mean to me, seeing pictures of kids burning my picture in bonfires?”. The 2 have asked him: “Was that your changing moment?” The Yesh Atid party leader replied: “I don’t know whether that was the changing moment, but it was a great crisis. I didn’t panic – I’m not a scared type of person – but it hurt”.

In spite of the tendency to assume politicians have an elephant’ skin, this interview showed that they have the ability to get hurt and be offended just as much. They also don’t like to find out their picture is being burnt, or that major posters hinting the extermination rules of Shushan are being hanged. It’s no fun being someone people hate, and indeed it’s a moment in time which can lead to a change.

However what change were the interviewers talking about? In the same interview, Lapid was asked harsh questions, and it was no simple conversation. On one hand, he didn’t sell his principles and brought up the required core studies and the state’s privilege to decide regarding the funding of summer camps only for kids studying in the state educational institutions. He was talking about the privilege to condition the budget for study programs of American yeshiva boys coming to Israel for a year, based on their visitation to Zionist sites as well, and repeated his stand for reducing the VAT to 0% for military or national service graduates only. Lapid has also repeatedly said his goal was, and still is, equal rights and duties, and was talking about the open wound between the Zionist and ultra-orthodox societies – equal burden (military).

On the other hand, and this may be where the change in Lapid can be seen, it seems like he is softer and was trying to emphasize the traditional aspect in him. He was talking about his Bar-Mitzva and the fact he’s a believer, and tried to explain he has no hatred for the religion. He brought up the need for unity of the people and the thought of mutual life and identity, and was talking about the ability of all societies in Israel to live together in our state.

On December 2014 the government had to go to new elections, and if you ask any bystander for the reasons for that, we would probably receive a variety of answers: 0% VAT law, Nationality law, the “Israel Today” newspaper law, or the fear of revolution by Yair Lapid and Tzipi Livni.

But under the surface there’s a deeper reason: this government had no glue to stick her together. Its ministers and advisors couldn’t have kept it together above all the disagreements, and didn’t know how to manage crises. Therefore Israel went for elections again and back to the familiar, comfortable solution: a government that includes the ultra-orthodox parties. The price of such government is known, the game rules are clear. Once payment was repaid, it is possible to work in a rather stable environment without the fear of revolution attempts.

This is the top axiom: you cannot be a prime minister without passing over the ultra-orthodox obstacle, and apparently no one is doing anything else – especially he who sees himself nominated for prime ministry one day.

Therefore, there is no problem with the conciliated and uniting message by Lapid, nothing wrong with the fact he went through a change. We are after all one nation. So what is the problem, then? This interview was a dialogue of representatives of a specific sector, with a man who was enemy of the public for them – and that’s the essence of everything. The questions presented to Lapid were raised from a narrow, sector-wise point of view: why did you harm the ultra-orthodox group, he was asked. Why did you take away this or that compensation from us? That’s it; there were no other questions or anything else beyond that.

Lapid himself was carried into this discourse, protected every move he made and explained why he did not harm the ultra-orthodox sector – however this is the exact discourse that must be changed. The blaming of the ultra-orthodox minority towards the secular majority, with the latter’s apologetic responses, cannot be continued. This is a status which should not be allowed anymore.

While interviewing, the Yesh Atid party leader said it wouldn’t have bothered him if the majority of the people in Israel were ultra-orthodox with Shtreimel and Tzitzit. However to make sure such status will not bother us either, there’s a need for a new term to be part of the ultra-orthodox discourse, “responsibility”.

Based on many predictions, in 30 years from now the secular sector in Israel would be a minority. The roles game would change, and the ultra orthodox, who would be the majority, would have to start taking responsibility. They will be obligated to understand that they take steps not only towards their sector, but for the entire society. They will have to expand their point of view, stop looking at this world from a narrow place, stop blaming and seeing themselves as a persecuted minority.

The Zionist part of the equation has its own responsibility: it must stop defending itself, explain the “responsibility discourse” and emphasize that the meaning of revolution is mostly taking the reins of leadership. In such position, the majority must think differently, as well as speak differently.

About the Author
Miri Shalem is CEO of the Institute for Zionist Strategies and Blue & White Human Rights movement. The Institute is a Right winged, Zionist, Liberal Think and Do Tank that works in the Checkpoints and in East Jerusalem..Miri was for many years an activist for social change for women. Her activities in this field include organizing the national dance conference for Orthodox women and initiating a flashmob protest by Bet Shemesh women against gender segregation in the public space. She worked to establish a women's counseling center in Beit Shemesh, for which she won the Yaffa London Award in 2012. Prior to her current position, Miri was the Director of the Ramat Beit Shemesh Community Center where she was the founder and the chairperson of the city's Women's Council. on 2014, she was one of the heads of the campaign of Eli Cohen, a mayoral candidate in Bet Shemesh. Miri was a columnist for "Makor Rishon" and now she writes for "Yedioth Achronot" She has a BA in Economics and Political Science and an MA in Gender Studies. Miri has lived in Beit Shemesh for almost twenty years and, despite the city's difficulties, reaffirms daily her choice to stay there and continue her activism. She is married and a mother of 4.
Related Topics
Related Posts
Comments