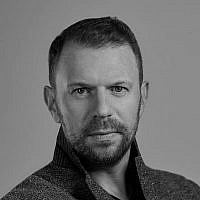 The Blogs
Ashley Rindsberg
Novelist & essayist.
Apply for a Blog
Advertisement
Please note that the posts on The Blogs are contributed by third parties. The opinions, facts and any media content in them are presented solely by the authors, and neither The Times of Israel nor its partners assume any responsibility for them. Please contact us in case of abuse. In case of abuse,
Report this post. 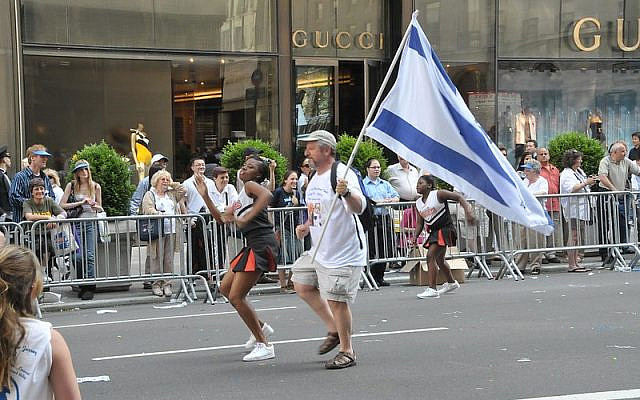 Anti-Semitism is back. Truth is, it never really went anywhere. It’s like cicadas repopulating or a dormant virus reactivating. A herpes of the soul, if you will. Apt as the metaphors may be, all this risks the obvious: anti-Semitism is flourishing in ways, and in places, we could hardly have imagined just years ago.

There is, however, a distinction amid the difference. In addition to crude anti-Semitism – the anti-Semitism of physical violence and vandalism–we’re also seeing the parallel emergence of a cultural and, in some cases, official indifference toward the specter of anti-Semitism. On an official level, this symptom presents as willful inaction or, in more advanced cases, in the form of apathy-as-policy.

Witness, for example, the idle, coffee-sipping response of the Seattle city council to the desecration of a Jewish cemetery and the harassment of Jewish mourners. The city seems quite bashful about the unpleasant need to stand up for its Jewish citizens. It appears it would rather stand up to its Jews.

When you consider the cultural context, however, this is quite understandable. The Post Millennial reports that the Jewish man who dared assert his rights as an American citizen – one entitled to the extravagances of life, liberty and the pursuit of happiness, free from religious persecution – was intensely harassed, threatened and intimidated for his audacity.

Here’s where the intersection(ality) of policy and culture becomes so painful. Around the time of these incidents, Seattle branches of the ACLU, along with the NAACP and the Women’s March (long-since hijacked by anti-Semitic “voices”) co-sponsored an event entitled “Intersectional Dialogue on Weaponizing Charges of Anti-Semitism.” The subtitle to the event could, or maybe should have been: “How to Keep Uppity Jews Exactly Where They Belong.”

Shortly after the ethnic hazing of the Jewish man in Seattle, a stabbing rampage took place in the home of a New York rabbi. Shortly before that, a mass murderer killed six people in a kosher supermarket in New Jersey. New York’s mayor has assured Jews that people who murder and terrorize us will face justice, which squarely implies that, in New York City, terrorizing Jews is a prerequisite for justice.

The response by the Jewish establishment in America has been to write op-eds, pen a book or two, hold some panel discussions, and launch freshly funded organizations. Racially motivated lunatics will surely be deterred by big idea nonfiction and very carefully thought-through tweet threads!

To quote Jack Nicholson’s (anti-Semitic) character in “As Good As It Gets,” it’s time for American Jews to “think white and get serious.” The Jewish establishment in America is in a defensive crouch. As violence expert Tim Larkin points out, when confronted by violence while caught in a victim mindset our tendency is to attempt the most ineffectual of all possible options: reasoning with the assailant.

Thus, the American Jewish establishment is hoping instead of acting; falling back on a nostalgia for the way things were in the wistful expectation they once again will be. But, as I pointed out in a piece read by precisely no one, American Jewish exceptionalism is over. The option of melting into that gloriously cliched pot is fading faster than the sun on a January Erev Shabbos.

One of our great Jewish superheroes, Deborah Lipstadt, recently wrote that in Europe Jews are going “underground.” They’re wearing baseball caps over yarmulkes, refusing to publish prayer times, taking off Magen David necklaces. Though completely natural, this is the path to psychic collapse. (It’s also nothing new.) Without a serious reckoning, American Jews will soon find themselves on that path.

In the face of this onslaught, Jews need the thing that’s hardest to accept, and to achieve, which is a radical assertion of identity. We need to look to what Martin Luther King Jr. did for his people, and Gandhi for his. Each performed the miracle of tapping the collective energies of a group of hounded, persecuted individuals and transforming them into a united entity. They struck their staffs into the ground and the earth rippled. And they did so on their own terms, in their own languages.

The questions we need to ask now are ones of accountability – not accountability of the authorities or of the culture, but of ourselves. For example: Where’s the March for Jews on the Washington Mall? Where are the Jewish pray-ins? What demands are we presenting as a people? Who are we in the midst of this society? And who are we to ourselves?

We have to accept the harsh reality that standing up for yourself often invites violent confrontation. Don’t misconstrue: I’m not advocating violence as a solution. It’s not. Preemptive or retributive violence will solve nothing, and likely will exacerbate the problem. But in the face of violence designed to intimidate and silence us, Jews need to stand tall with the expectation that racially and religiously-motivated violence is now a part of life.

The scary thing is that no one else is going to solve this problem. We have to do it alone. Which means we to need to become the kind of people who stick our necks out rather than tortoise them in. But that’s where the opportunity lies.

For decades, American Jews have had the luxury of ruminating on questions of identity. We could explore the confrontation of the collective self in the privacy of our own intellectual vehicles before opening that confrontation to the world. Time’s up. The public confrontation, the crisis, is here. We’re in the midst of it. As with any crisis, what matters most is not what we think, how we feel, or how we wish things could be, but how, when and why we act.