On Tisha B’Av last year I went to hear “Eicha” (the Book of Lamentations) read on the very site of the destruction of the Second Temple. I chose to attend both the services at Robinson’s Arch and at the “regular Wall.” I intended to exercise my right to attend an egalitarian service at Judaism’s holiest site. Our Rabbis teach us that the Second Temple was destroyed because of “Baseless Hatred” (Sinat Chinam) between Jews. You can imagine my consternation as I tried to make my way into the prayer enclosure at the Wall reserved for egalitarian services I was met by a wall of hate. Anyone entering had to run a gauntlet of young ultra-Orthodox men hurling verbal abuse at their fellow Jews. The Wall has for too long been under the exclusive control of the ultra-Orthodox faction of Judaism and has not been a Wall for all Jews. 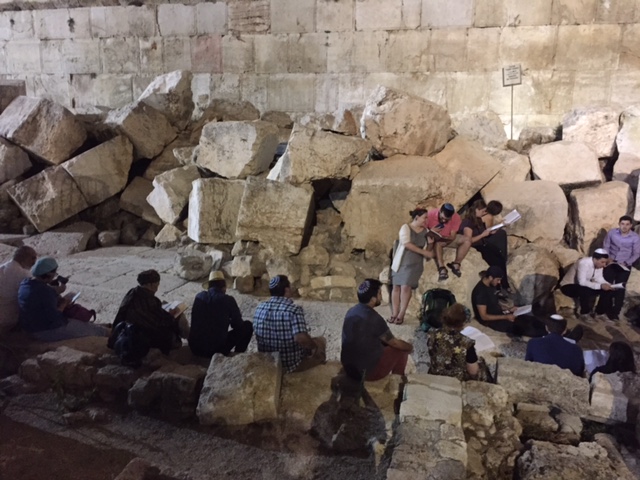 One of the prime reasons for the phenomenon of secular Israeli’s disinterestedness and disconnectedness from religious ritual practice could be what amounts to a de facto detachment between the majority of the State of Israel’s Jewish population to its religious Jewish establishment. There is tremendous antipathy they feel, as secular Zionist Israelis, toward the State’s Rabbinate. They view the Rabbinate as a bastion of ultra-Orthodox, non-Zionist, non-IDF serving “men in black,” who alienate the majority of their potential constituents by being both incredibly out of touch and openly antagonistic toward any lifestyle that does not respond to their own. As Daniel Gordis observed:

The tiny women’s section, which is a fraction of the size of the adjacent men’s section, is an insult to women. Similarly, the lack of any role for woman in a traditional Orthodox synagogue setting is clearly at variance with the rise of the professional woman in the contemporary period. Women are now astronauts, doctors, lawyers, Talmud scholars and heads of State. In the 21st century there is a growing need of many religious women and men to readdress the role of women in Judaism. The gap between our social and ethical values and our synagogue lives is something that we should see as compromising our religious integrity. The proposed opening of the Western Wall extension would be a huge step in redressing this situation.

Prime-Minister Netanyahu’s reneging, under extreme ultra-Orthodox pressure, on his support of what is known as the “Sharansky Plan,” which would have converted the Robinson’s Arch section of the Western Wall to a prayer space on equal status regarding infrastructure and recognition to the segregated Orthodox section of the Wall is deeply disturbing. This area would allow egalitarian services and services where women will be free to pray aloud and read from the Torah without fear from harassment. What we need this Tisha b’Av is a positive step to making the holiest site of the Jewish people a place of tolerance, peace and harmony for all Jews.   As Rabbi A. I. Kook noted,