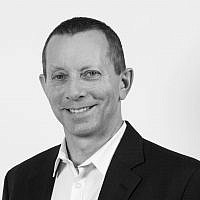 Tonight, it will be Tisha B’Av, a Jewish day of mourning to commemorate the many tragedies that have befallen the Jewish people throughout their history on the same date on the Hebrew calendar — the ninth day of the Hebrew month of Av.

Tisha B’Av primarily commemorates the destruction of the First and Second Temples, but we also reflect on the many other calamities which occurred on this date, from the expulsion of the Jews from Spain in 1492 to the mass deportation of Jews from the Warsaw Ghetto.

On this day, I’ve often reflected on our painful collective recollection of past catastrophes in the context of the Jewish community’s often ambivalent relationship with power – ruminations only heightened by my still relatively new Israeli citizenship, a nation often forced to exercise power to prevent additional tragedies from befalling our people.

Israel’s very rebirth in 1948 can be seen as a direct response to these calamitous events — an attempt, through the various mechanisms of statecraft, to turn Jewish history around and act instead of being acted upon. Whether defending itself in war or aiding and rescuing endangered Jewish communities around the world, the Jewish collective has had at its disposal — for the first time in over 2000 years — a state apparatus with the means (politically, diplomatically, and militarily) to protect its interests as other nations have throughout history.

However, with this exercise of political strength comes a price, a unique moral burden that many Jews in the diaspora seem unwilling to bear — as any exertion of power, or control over your own fate, inevitably carries with it the loss of innocence projected upon people perceived to be lacking moral agency.

Israeli military power (exercised against terrorism and in major wars against state actors) and the relative success of Jewish communities in the West seems to instill in many Jews a loss of identification with their community for fear of falling on the “wrong side” of the left-right political divide.

This chasm often finds expression in the need to identify in a way uniquely separate from such seemingly crude “ethnocentric” expressions of power which carry with them the necessity of physically defending a nation (one representing a very particular identity) in all the complexities and compromises that invariably arise with even the most progressive national enterprises.

Before the birth of the modern Jewish state, German-Jewish philosopher Franz Rosenzweig in his pre-Holocaust book ‘The Star of Redemption‘ expressed his belief that a return to Israel would embroil the Jews into a worldly history they should shun. He viewed Judaism as a “supra-historical entity” whose importance lies in the fact that it is not political but presents a “spiritual ideal” only. He saw the creation of a nation-state as a blow to the Jewish ideal of an apolitical spiritual life.

From the revival of movements which aspire to further merely individual Jewish ethical development, to the greatly misunderstood progressive mantra of “Tikkun Olam”, this recurring tendency of Jews to pay greater attention to their own moral performance than to the nitty-gritty, often messy, quotidian necessities of collective survival is an inclination that writer Ruth Wisse characterizes as “moral solipsism.”

While personal spiritual improvement is indeed admirable, and the desire to tend to the needs of “the other” is of course an extremely noble impulse, it can also represent a political pathos — a moral escapism rooted in a blindness to the harsh political lessons of Jewish history.

Wisse, in her book Jews and Power, argues that, historically, Jews — in displaying the resilience necessary to survive in exile and not burdened by the weight of a military — believed they could pursue their mission as a “light unto the nations” on a “purely moral plane.” She demonstrates how, in fact, perpetual political weakness increased Jews’ vulnerability to antisemitic scapegoating and violence by unwittingly goading power-seeking nations to cast them as perpetual targets.

Throughout their pre-state history, Jews inhabited a precarious position, ever exposed to the whims and wishes of rulers and the resentment of the populace. Their trust in G-d as the absolute architect of history allowed them to endure unimaginable indignities, turning inward to concentrate on their own moral excellence. Wisse concludes that “Jews who endured the powerlessness of exile were in danger of mistaking it for a requirement of Jewish life or, worse, for a Jewish ideal.”

Indeed, some diaspora Jews express their disapproval of Israel or the Jewish community at large by lamenting this newly acquired agency, often fetishizing their people’s historic weakness, and thus fail to see the role that such powerlessness played in the suffering that has befallen the community through the ages.

With national sovereignty there’s a price to be paid in terms of responsibility for the occasional infliction of suffering (even if unintentional) that invariably occurs with even the most judicious use of national power. But in the lives of individual adults, as in the lives of nations, rarely are we afforded the luxury of making choices that will allow one to live a life of innocence, nor one which offers decisions which will result in perfect justice for all concerned.

Rather, with every serious decision in front of her, Israel must carefully weigh the costs and benefits of various policies and try to make decisions likely to result in the most positive outcome, while also taking into account how such actions will affect the safety and well-being of future generations of Israelis.

Israel has a profound responsibility in carrying out the arduous, thankless, but morally necessary task of collective self-defense (a national vision Theodore Herzl referred to as “The Guardian of the Jews”). For Israel, in an era replete with concrete military threats and delegitimization campaigns by loosely connected political networks, an unapologetic and fiercely determined self-defense is an ethical imperative.

Protecting yourself, your family, your community and your nation from harm should never be misconstrued as in any way inconsistent with the highest Jewish ethical aspirations — an idea the broader Jewish community would be wise to take seriously while lamenting the suffering of so many throughout our history on Tisha B’Av.

About the Author
Adam Levick serves as co-editor of CAMERA UK. He has published reports on antisemitism at the Jerusalem Center for Public Affairs, and op-eds at publications such as The Guardian, The Independent, The Irish Examiner, The Algemeiner, JNS and The Jewish Chronicle. Adam made Aliyah from Philadelphia in 2009.
Comments