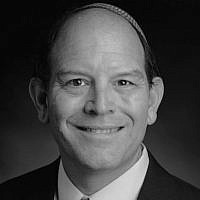 The Blogs
Steven Fine
Churgin Professor of Jewish History, Yeshiva University
Apply for a Blog
Advertisement
Please note that the posts on The Blogs are contributed by third parties. The opinions, facts and any media content in them are presented solely by the authors, and neither The Times of Israel nor its partners assume any responsibility for them. Please contact us in case of abuse. In case of abuse,
Report this post. 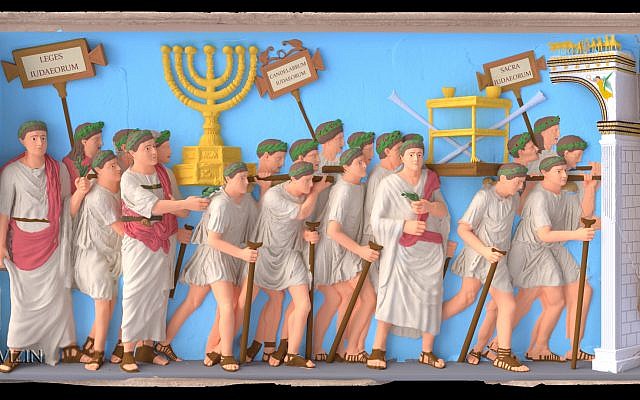 During the three week build up to the destruction of the Jerusalem Temple commemorated on Tisha be-Av, I travelled to the heart of Hurban Europa.  I was once again an honored  guest in Germany, where our third destruction originated and where one university library still keeps its collection of historic  anti semitic literature under lock and key for fear of misuse. My visits to Germany are never emotionally easy, but they are increasingly important.  I put my angst in my pocket and boarded a plane at Ben Gurion Airport.

I was travelling to the Westfälische Wilhelms-Universität in Münster, in northern Germany, to celebrate Eirene-Pax: Peace in Antiquity, an exquisitely designed exhibition organized by the Archaeology Museum there.  This is but one of five related exhibitions on show in Münster under the rubric of “Peace from Antiquity to the Present” until September 2.  Each alone is well worth the visit.

The shows together commemorate “one hundred years after the Treaty of Versailles (1919),” and earlier moments of peace and war— “the outbreak of the Thirty Years’ War (1618)” as well as “the Peace of Westphalia (1648).”  As a World War I commemoration in Germany, however, the unstated presence throughout is World War II, and contemporary pressures on both the European Community and the NATO alliance.

The charge taken up by each of the five museums poignantly asserts that “peace means more than merely renouncing the use of force; it carries with it the hope of harmony, friendship, love, happiness, prosperity and justice.”  This is quite a heavy load for any person, community or nation state to bear, and even harder to exhibit. The Münster museums made a truly valiant attempt.

Eirene-Pax: Peace in Antiquity brings together a wide range of exquisite artifacts and facsimiles starting from the Egyptians and Hittites during the second millenium BCE and continuing through the art of classical Greece and Rome— concluding during the 3rd century CE.  It tells the story of how mainly Greeks and Romans imagined “peace” and projected this abstract concept in stone and pigment, gold, silver and glass into their physical spaces. The curators expressed ways that Roman emperors “used symbols of freedom as visual illusions to their good governance”— as statements of the must vaunted “Roman Peace.”

Aware of the rhetorical function of “peace” in Roman imperial art, the curators note most pointedly that “The third century AD presents a piquant contradiction:  the times were as warlike as never before, and yet images of Pax, the goddess of peace… appears on countless coin series.”

Entering Eirene-Pax: Peace in Antiquity, I was struck by the “peaceful” design— the calming script of the labels, the mild turquoise of the signage.  Passing through the near eastern and classical Greek sections, I made a beeline, as is my want, to ancient Rome.

In the section dedicated to the  Pax Romana, the “Roman Peace,” I first encountered a wall-size blow up of a recent reconstruction drawing of the Templum Pacum, the Temple of Peace in Rome.  This monument was built by emperor Vespasian to commemorate the establishment of “peace” in the Empire after the nearly disastrous “year of the four emperors” in 69 CE.  Vespasian emerged victorious from that year, and went on to put down the Jewish Revolt and destroy the Jewish Temple a year later.

Josephus, the Jewish/Roman historian, describes this Roman temple in the brightest hews:

The triumphal ceremonies being concluded and the empire of the Romans established on the firmest foundation, Vespasian decided to erect a temple of Peace.  This was very speedily completed and in a style surpassing all human conception. For, besides having prodigious resources of wealth on which to draw he also embellished it with ancient masterworks of painting and sculpture; indeed, into that shrine were accumulated and stored all objects for the sight of which men had once wandered over the whole world, eager to see them severally while they lay in various countries.  Here, too, he laid up the vessels of gold from the temple of the Jews, on which he prided himself… (Jewish War 7.159-62).

To the side of the Temple of Peace is another large photo mural.  There we see the vessels of the Jerusalem Temple brought into Rome in the famous reliefs of the Arch of Titus.  Here the curators presented my own reconstruction and dazzling polychrome rendition of this panel, with its images of the menorah, and the table of showbread of the Temple on their way to the Temple of Peace (but not before the Jewish general Simon son of Giora was ceremonially slaughtered).

Before the rendition of the Temple of Peace is a reproduction of the well known sculpture of the Dying Gaul (a Roman copy of which is now in Rome’s Capitoline Museum).  Such heroic figures died in the Gallic War against Julius Caesar, and resulted in the Roman annexation and Romanization of southern France.  This statue was exhibited originally in the Temple of peace, together with the spoils of the Jerusalem Temple.

Set before the Arch of Titus relief is a series of artifacts marking Vespasian’s destruction of Judaea, most prominently “Judaea Capta” coins.  This series, minted in gold, silver and bronze, typically shows a huge palm tree symbolic of Judaea, a shield hanging from it transforming the Jewish palm into a Roman trophy of victory.  To one side is a large Roman, to the other a beautiful yet captive and suffering female personification of the defeated Jews. Was her destiny to be a household servant? Perhaps a sex slave?  I could only imagine.

These coins, based upon sculptural models, were circulated across the empire, and were the most plentiful single series ever minted— a clear message to Gauls and anyone else who might violate the “Roman peace.”

Taking in Eirene-Pax: Peace in Antiquity I grew increasingly agitated— not a usual emotion when I deal professionally with Jewish history of this period.  This reflects the visceral power of museum exhibition over other media. For Jewish history the “Roman peace” is not an ideal to be celebrated, but imperialism to be mourned.

What would the dying shackled Gaul say if he could speak, if only he could say what he thought of the torture he experienced and of the “Roman Peace” inflicted upon his people?  “Peace” indeed!

Viewing the display of the Temple vessels, their triumphal entry to Rome in an exhibition on “peace” was hard for me to bear— all the more so since Eirene-Pax: Peace in Antiquity presents the Pax Romana as a generally good thing— a harbinger of a better future.

What would the personified Judaea say if only she could speak?  Would she cry out for help, or exist in stunned shame at the tortures she had experienced?  What commonality would she find with the suffering Gaul across the room? Josephus tells us some of what Jews thought when the Romans were not listening, and the Rabbis tell us more.  It is not for naught that the Talmudic Rabbis always called Titus not “Caesar” but “ha-Rasha,” “the Evil”— or that God bawdily felled him by sending a lowly gnat up his nose and killing him.

Generations of Jews have looked on the Arch of Titus reliefs of the Temple vessels entering Rome, and contemplated the destruction of Jerusalem— the start of our long exile.  Great rabbis, scholars and simple Jews have come to Rome— or dreamt of coming to see this sight. Freud wrote from here to a friend ”the Jew survives it!” Others murmured to themselves, “Titus you’re gone, but we’re still here, Am Yisrael Chai.”

I continue to think about Judaea, captured, beside the palm, and the Gaul, shackled and dying, and “my” menorah, captive to the “Roman Peace”— all placed on exhibition by good and decent people in contemporary Germany.

Such complexities have haunted conceptions of peace from antiquity to the present, from the destruction of Jerusalem to the Thirty Years War, the treaty of Versailles and the horrors of Nazi Germany.  They haunt thoughtful Germans and Jews today, as they did Gauls and even some Romans.

I boarded my flight back to Israel, thankful to speak Hebrew once again and fly off to “the land of Zion and Jerusalem.”  The beautiful catalog under my arm, I imagined myself carrying the menorah— and with it the rehabilitating woman named “Judaea” and our Gaul friend— back “home” with me.

About the Author
Steven Fine is a cultural historian, specializing in Jewish history in the Greco-Roman period. He focuses upon the literature, art and archaeology of ancient Judaism, and the ways that modern scholars have interpreted Jewish antiquity. His most recent book is: -The Menorah: From the Bible to Modern Israel (Harvard UP, 2016).- Fine is the Dean Pinkhos Churgin Professor of Jewish History at Yeshiva University, director of the YU Center for Israel Studies, the Arch of Titus Project, and the YU Samaritan Israelites Project.
Related Topics
Related Posts
Comments