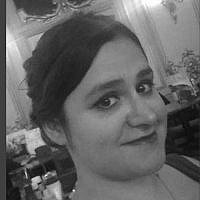 On the 7th of June 2020, a list of 150 artists and writers came together in an open letter published on the Website of Harper’s Magazine, titled A Letter on Justice and Open Debate. It warned that “the free exchange of information and ideas, the lifeblood of a liberal society, is daily becoming more constricted”, and that “censoriousness is also spreading more widely in our culture: an intolerance of opposing views, a vogue for public shaming and ostracism, and the tendency to dissolve complex policy issues in a blinding moral certainty”.

The letter has been referred to as a response to ‘Cancel Culture’, which Tom Gillespie of Sky News, describes as “the removal of support, including the boycott of…usually a celebrity or public figure, who has expressed an opinion that is perceived to be offensive”.

Comparisons could be made between ‘Cancel Culture’, and another modern political trend; The BDS Movement.

BDS (Boycott, Divestment, Sanction) is the movement to Boycott products, goods and services from Israel. The movement has in the past, been associated with calls to remove Israeli or Pro Israeli speakers from University Campuses, and has even extended to the arts, with a recent example of the BDS movement in 2019 calling for the boycott and cancellation of the Eurovision Song Contest, as the winner of the previous year’s contest and therefore the host country for 2019, were both Israeli.

The movement has been described as “divisive”, “hypocritical”, “antisemitic” and a cause that “would make Palestinian lives worse, by removing the livelihood of tens of thousands of Palestinian bread-winners, with no viable prospect of alternative employment anywhere to be seen”, and one that ultimately revolves around boycotting, ostracizing, and canceling.

Whilst such a movement can be argued to be at odds with those who signed the open letter, in response to ‘Cancel Culture’, upon research, there were signatories who, whilst denouncing ‘Cancel Culture’, are simultaneously advocates or supporters of BDS, a movement that embodies its very nature.

The philosopher and linguist Noam Chomsky, a signatory on the letter, when asked by the BDS movement to clarify his position on Boycotts and Divestment, stated that “While I have some tactical differences with the BDS movement, I strongly support the actions and continue to participate in them.”

Another signatory of the open letter in Harper’s Magazine, Professor David Bromwich, has been vocal in his support for BDS, and has claimed that “The restraint for which the IDF was once admired has dissipated under a regime in which orthodox rabbis, hungry for the re-possession of a land they believe was theirs from eternity, are able to override officers and to tell individual soldiers by no means to miss a chance to kill anyone who blocks the way to an expanded Israel”. Whilst Bromwich pens his support for an end to a culture that would seemingly lead to him being ‘canceled’, or boycotted, Bromwich still extends his support to a movement that actively stands for and promotes boycott and cancellation.

Professors Richard T. Ford of Stanford Law School and Adaner Usmani of Harvard have both put their monikers to open letters either supporting the BDS movement or advocating for BDS. Whilst Professor Ford penned his support in a letter calling for the “rejection” (or ‘cancellation’) of support from the Israeli Embassy for the PEN writers annual festival, Professor Usmani signed a letter asking GSOC members in New York universities to “heed the call of Palestinian trade unions and other members of Palestinian society to boycott, divest from, and sanction the state of Israel”. Thus, it would seem that both professionals have actively taken part in the ‘Cancel Culture’ that they recently have penned their opposition to.

Meanwhile, signatories Adam Hochschild and Michael Walzer have both penned their support of targeted BDS against Israeli settlements, yet have signed the open letter in opposition to boycotting and ‘Cancel Culture’.

With all this in mind, how should those of us opposed to BDS respond when the very people that have supported or advocated for BDS in the past, are suddenly calling for an end to the culture in which it thrives, fearing that it may suddenly come to haunt them? Should we demand that the signatories be removed from the letter by Harper’s Magazine?

Personally, I would argue that no, they shouldn‘t. However, now that the signatories have advocated for “free exchange” and “Open Debate”, they should use this opportunity to have a free exchange, and an honest and open discussion as to whether their views regarding BDS can be reconciled with their opposition to boycotts and ‘Cancel Culture’, or whether their position on BDS should be reconsidered.