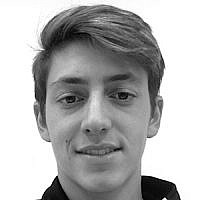 The Blogs
Ilan Lapco
Apply for a Blog
Please note that the posts on The Blogs are contributed by third parties. The opinions, facts and any media content in them are presented solely by the authors, and neither The Times of Israel nor its partners assume any responsibility for them. Please contact us in case of abuse. In case of abuse,
Report this post.

The land that is referred to as the “West Bank” and “Samaria” has been through constant conflict ever since Israel was established. This conflict, however, is only between two sides: those saying that this land is not for the Jews and Israel, and those saying that the land does belong to Jews and Israel. The Jews believe they should build upon the land, whereas the Arabs believe the Jews should have nothing to do with the land.

When asked about their arguments, the Arabs have two major points. First of all, they claim that this piece of land was given to the Arabs by the UN, and therefore it is “officially” their land. They also say that Israel is then stealing their land, and illegally occupying it. Secondly, they believe that the more Israel builds on the land, the less chance they will get the land. They say this because once the land is flowing well, Israel would be less likely to give it up. Although this isn’t incorrect, it is not totally incorrect. Despite Israel building on the land, peace is a major aspect for them, and they will do almost anything to get it.

When asked for the justification for Israel settling in this land, one can also say two major points. First of all, G-d gave the Jews the land of Judea and Samaria, so the land is historically ours. Just because the UN says that it’s not the Jews’ land doesn’t mean that it truly isn’t. Second of all, Israel does not need to give the land until peace a peace treaty is established. With that being said, the Israelis have no reason not to build and settle the land. After all, if it weren’t for the Israelis, the land would not be where it is today. There should not be any empty space in Israel, especially since every piece of land is important to Israel.

In my opinion, the Israelis should continue to build on the West Bank and Samaria. Not only is it there land, but it is also logical to do so. Having empty land does no good for anyone! Moreover, until Israel reaches a peace agreement, they should not hinder from anything. If the Arabs want this land, they should make peace with Israel. Lastly, Israel is not using the land to be ignorant and to show off. Rather, they are building settlements for people without homes, and I think that is a great thing.

About the Author
Ilan Lapco is from Miami, Florida, and attends a Jewish private school. In school, he learns many things, but what interests him is what he learns about Israel.
Related Topics
Related Posts
Comments
Advertisement