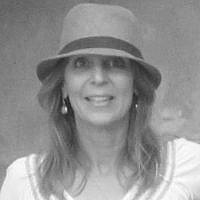 The Blogs
Judy Taubes Sterman
Apply for a Blog
Advertisement
Please note that the posts on The Blogs are contributed by third parties. The opinions, facts and any media content in them are presented solely by the authors, and neither The Times of Israel nor its partners assume any responsibility for them. Please contact us in case of abuse. In case of abuse,
Report this post.

It seems these days all of us are in the counting mode. Counting how many months we’ve been sheltering at home, how many weeks we haven’t seen our loved ones, counting the days of the Omer leading us from Passover to the Holiday of Shavuot, and in this week’s Torah reading, the opening to the book of Numbers, we have the commandment to “Count the whole Israelite community…” (Numbers 1:2).

R. Mordechai Yosef Leiner (1801 -1854), Hasidic master and founder of the Ishbitz-Radzyn dynasty, in his work Mei Hashiloch, offers us a completely new understanding of this seemingly mundane commandment to count the people. Picture, he says, an image of a king, “made of several thousand tiles”. If even one tile is missing “the image of the king is lacking”. This is how he views the Jewish people. Each and every individual is a piece of the mosaic of God, and if even one is not present, the picture of God is incomplete. He couldn’t have put this bold affirmation of the importance of the individual within a community more plainly if he tried: “Everyone in Israel is a piece of God” he says, unique and necessary, irreplicable and irreplaceable. “Each one is needed because it is through the entire Jewish people that the greatness of God is recognized,” and without each person everything is thrown, in his words, “out of balance”. The literal translation of the Hebrew word for “take a census”- ‘naso”, in the biblical verse R. Mordechai Yosef is explicating, is “raise up”. When one is counted, he suggests, one is “raised up”, and that particular aspect of God that only he reflects, becomes illuminated and shines more brightly. This “naso” in turn, gives each one of us “hitnasut”, a term (from the same root), found throughout R. Mordechai Yosef’s writing, and here suggesting vitality, presence, significance and self-actualization. Counting us, he says, makes us count.

Inspiring to the individual as it is, however, there is a flip side to the “mosaic of a king” metaphor. For just as each one of us contains God inside of us and we cannot be replaced, the image reminds us that we are also just a small part of something much larger than ourselves. The tiny blue tile in the bottom left corner doesn’t seem like much until it is seen within the context of the whole picture. The individual is intimately connected to the community, to those on the left of him and on the right, and it is only together, standing beside our neighbors, that the full picture becomes apparent.

The term R. Mordechai Yosef uses for this aspect of God that each one of us expresses is “middot”, usually translated as character trait. Some of us who are (still) counting the Omer may be familiar with the complex Kabbalistic way of enumerating God’s middot during this counting season. Each of the seven weeks of the Omer represents one of the sefirot – emanations of God – the seven mystical earthly attributes, (lovingkindness, strength, beauty, etc.) and each day of the week also represent one of the middot in the same order. The first day of the first week of counting would then be “lovingkindness within lovingkindness, the second day would be “strength within lovingkindness”, and so on, (using the pattern of 1:1, 1:2, 1:3… 2:1, 2:2, 2:3…) going through all the various permutations of the traits in their 49 different combinations. Counting this way drives home the idea that these attributes can be rearranged and reshuffled in all sorts of ways, re-divided and subdivided over and over again, such that even “several thousand” individuals could only begin to approximate God in His infiniteness. Each one of us, R. Mordechai Yosef says, is a “fraction of one trait” of God’s middot.

If we open our eyes to the part of God inside of ourselves, however, and learn to recognize that same thing in our neighbors, though we may have to continue our physical distancing for now, we can begin to practice social closeness, mutual support and cooperation. Then we can get down to the work of creating that holy portrait – together.

About the Author
Judy Taubes Sterman is coauthor of the book, The Rarest Blue, The Remarkable Story of an Ancient Color Lost to History and Rediscovered, winner of The Jewish Journal Book prize, 2013 and has published, together with her coauthor, as well as individually, in Biblical Archeology Review, The Forward, Tradition, Lehrhaus, Jewish Bible Quarterly, and elsewhere.
Comments