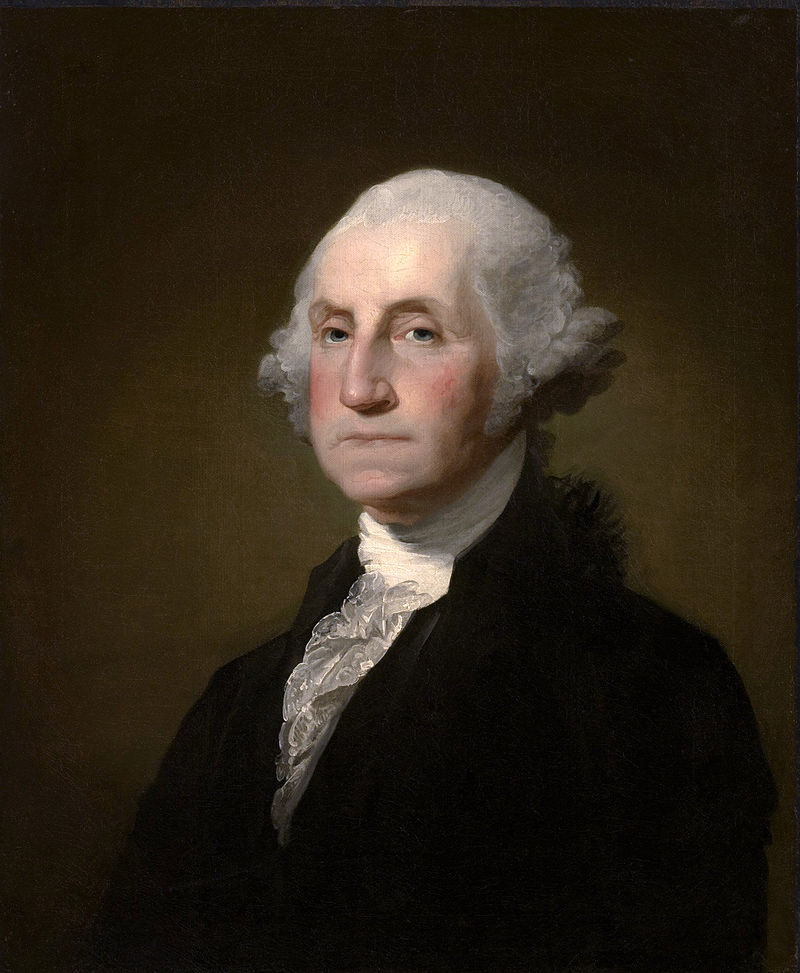 “If I cook his dinner better, he will not hit me.”

George Washington, the first President who is increasingly PC reviled because he owned slaves, wrote to the Jewish community of Newport, R.I.  in 1790.

“For happily the Government of the United States gives to bigotry no sanction, to persecution no assistance, requires only that they who live under its protection should demean themselves as good citizens, in giving it on all occasions their effectual support.”

America is the most extraordinary place for Jewish life in the world outside of Israel.  Jews are free in America to be Jews or not be Jews. American has given the Jew freedom.

The price for that freedom is “to demean themselves as good citizens”.

“Good citizens”?  In whose eyes?

Does it mean giving to non-Jewish charities?  Does it mean serving patriotically in the American armed forces, or participating in America’s social, economic and political development?  Does it mean being farmers, frontiersmen, educators, religious leaders and even Jewish Indian chiefs? Does it mean supporting anti-Jewish or anti-Zionist causes?

The simple formula Washington advised, and American Jewry totally accepted as the price for toleration, was challenged…by Jews.

Long before the British Mandate was declared by the League of Nations, American Jews were terrified by a separate Jewish national identity.  It was a threat to their own fragile sense of security.  Could they be American Jews and Jewish Americans at the same time?

The petition was a who’s who of assimilated American Jewish leadership.

For them, Zionism was the opposite of being “good citizens.”  Zionism threatened not only them but Jews everywhere.

The petition had five key points.

First, they believed American support for a Jewish homeland would be proof Jews were not loyal, patriotic Americans.  Zionists have dual loyalties, they insisted.  A good citizen cannot be loyal to two houses at once.

Second, the creation of a Jewish homeland would endanger the newly emancipated Jews in foreign lands. If Jews anywhere supported a homeland other than their own, they could not be trusted.

Third, Zionism would never recognize and respect other people who were living in Palestine. Zionism would not protect universal religious and social freedom.

Palestine has never had any defined borders.

A Jewish national homeland would be subject to dangers they could not understand or defend themselves from, without outside help.

Fourth, Zionism is fundamentally racist. Racial and religious segregation is incompatible with Democracy.

“A Jewish State involves fundamental limitations as to race and religion, else the term ‘Jewish’ means nothing. To unite Church and State, in any form, as under the old Jewish hierarchy, would be a leap backward of two thousand years” the Petitioners wrote.

‘The rights of other creeds and races will be respected under Jewish dominance,’ is the alleged assurance of Zionism.”

The foundation of a democracy is not condescending but tolerant with justice and equality for all its citizens.  A “Jewish” state cannot be just, tolerant and a proponent of equality.

Fifth, Jews do not need or want a national homeland.  Freedom for the Jew and an end to anti-Semitism will come when all people everywhere are free.

At the 1919 Peace Conference, Irish Americans had their own demands for self-determination.

Irish Americans were and are not fearful of being accused of dual loyalty. Irish Americans do not have to prove they are good citizens of America by donating or supporting anti-Irish organizations.

March, The U.S. House of Representatives voted 261-41. The Senate too voted in support of the Irish cause with only one dissenting vote. Congress demanded the Paris Peace Conference hear the case for Irish independence.

“America is full of nationalities which, while accepting with enthusiasm their new American citizenship, nevertheless look to some center in the old world as the source and inspiration of their national culture and traditions.”

There is no inconsistency between loyalty to America and loyalty to Jewry. The Jewish spirit, the product of our religion and experiences, is essentially modern and essentially American….”

American Jews, especially Reform Jews, organized against Zionism through the American Council for Judaism. They aggressively fought Zionism until the Holocaust unfolded its undeniable reality after War II ended; a Jew, was a Jew, forever.  The Council exists today.

A philosophic companion to the Council is the Boycott, Divest and Sanction movement.  Jewish BDSers display a strange mix of anti-Zionism, Jewish self-hate and Jewish fear of not being “good citizens”.

BDS incorporates much of the five anti-Zionist points of the Jewish 1919 Petition to President Wilson. Jewish Fellow Travelers are essential for BDS legitimacy.

“If I cook dinner better, they will not hit me?”

About the Author
Jerry is the president and founder of the Jewish American Society for Historic Preservation, www.JASHP.org. He is the son of Survivors of Buchenwald and Bergen Belsen. He is a former Yeshivah student and served with the IDF in the Sinai. He is the author of over 100 articles in publications ranging from the Jerusalem Post to the Prairie Connection to the San Diego Jewish World. Jerry is frequently interviewed on T.V. and on Radio about the American Jewish experience. The Jewish American Society for Historic Preservation has completed projects in 40 US. States and in 6 countries. Over 7,000,000 people annually benefit from one of JASHP's efforts. JASHP has completed 17 projects in and for Israel. November 30, 2021, Jerusalem: JASHP completed the first-ever historical memorial to the 850,000 Jews driven from Arab lands and Iran with the birth of the Jewish State.
Comments