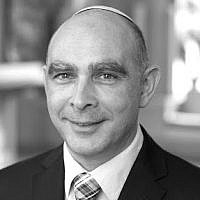 The Blogs
Mikie Goldstein
Apply for a Blog
Please note that the posts on The Blogs are contributed by third parties. The opinions, facts and any media content in them are presented solely by the authors, and neither The Times of Israel nor its partners assume any responsibility for them. Please contact us in case of abuse. In case of abuse,
Report this post. 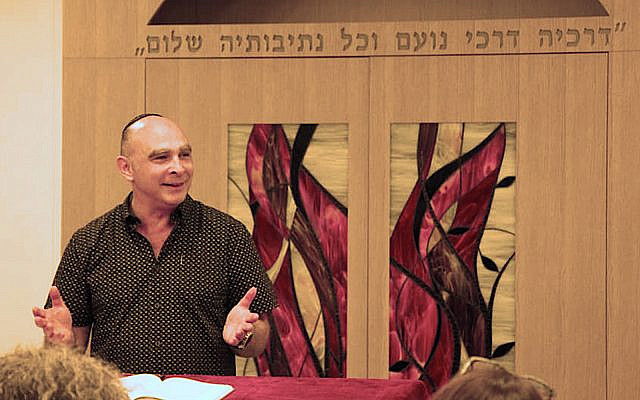 REHOVOT, Israel (JTA) — To help my kehillah survive the coronavirus pandemic, I had to do something dramatic and counterintuitive: step away from being its official rabbi.

Our faith communities need spiritual leaders in these trying times more than ever. But as a non-Orthodox rabbi in Israel, I am largely constrained in my ability to meet my congregants’ needs due to the way the government treats and subsidizes non-Orthodox Jewish organizations.

According to the Marker magazine, the Israeli government spent a staggering 8.7 billion shekels, or $2.43 billion, on religious services and grants in 2016. But nearly all the money went to the various streams of Jewish Orthodoxy (about 23% of Jews in Israel, according to a 2016 Pew report), with some funds being allocated to other religions. Conservative and Reform institutions together did not receive even 0.1% of these allocations, even though up to 13% of Jewish Israelis say they are Conservative or Reform.

As a result, of the 80 Masorti-Conservative congregations in Israel, just two dozen employ a rabbi, many only part time. Besides an annual grant of 8,900 shekels ($2,490) from the Rehovot municipality, my synagogue, Adat Shalom-Emanuel, receives absolutely no state funding. Instead, my full-time position is made possible through a delicate mix of funding sources: Membership dues, movement subsidies and our bar/bat mitzvah program bring in about 20% apiece of our annual income, with almost all of the rest coming from fundraising.

Over the last four years, we raised over 600,000 shekels ($170,000) from our capital campaign — no small feat for a middle-class Israeli synagogue. About 90% was raised from our own members.

The economic crisis accompanying the pandemic has thrown into question our ability to fulfill our fundraising goals. Over 25% of Israelis are now unemployed, the economy is at a near standstill and world markets are volatile. Nobody knows how long the pandemic and accompanying recession will last, nor what recovery looks like. Our kehillot must, therefore, take immediate steps to protect their financial viability.

So far, about half the rabbis employed by Masorti institutions are either on unpaid leave or have taken serious pay cuts. Nearly half of the remainder only work part time. At a time when we ought to be augmenting support for our rabbis, as they work night and day for their congregants, we are cutting their pay.

In my case, I volunteered to my kehillah board to take unpaid leave — a controversial move in the eyes of many of my colleagues. The government is allowing all people on coronavirus-related unpaid leave to collect unemployment benefits, which for me will amount to about 50% of my net salary, with no social benefits. How can I leave the kehillah to fend for itself at such a time? And as the president of the Rabbinical Assembly in Israel, could my decision be seen as pressuring other rabbis to follow suit?

My decision embodies sobering paradoxes. Ethically, I cannot work for free and must cut back my involvement, but I am also a member of the kehillah and wish for it to prosper (also ensuring my own future financial stability). I believe that I have taken the best path for both the kehillah and myself, but it was a painful choice. At a time when my congregants most need their rabbi — for practical, emotional and spiritual guidance — I am making myself unavailable so the kehillah can survive.

I still pray with my kehillah, give short sermons, teach occasional classes — like other leaders in our congregation — and am more than happy to serve any spiritual needs that my fellow congregants may have. But in a joint decision with the board, I have relinquished organizational and most teaching duties.

I made this difficult decision amid my own personal coronavirus-induced turmoil. My husband left in February to be Israel’s ambassador to Cameroon. Besides the emotional strain of not being able to visit each other due to travel restrictions, we also carry the financial burden of maintaining two homes. This is coupled with the government’s threat to put its own workers on unpaid leave.

The Israel Trauma Coalition recently trained a group of kehillah members for self-organizing in emergency situations, equipping them with tools to rapidly respond and adapt to new situations. One major emergency undertaking is ensuring regular contact with our members, identifying specific needs and ensuring that they are connected with service providers.

We immediately identified the need to address the loneliness of many members, some of whom have not left their homes since social distancing became the norm. We launched a new program for members to meet twice a week on a purely social footing, to share a virtual coffee and discussion, hosted by the members themselves.

I look forward to resuming my duties as soon as possible. Rest assured that when that day comes, Adat Shalom-Emanuel will offer even more of the warm and amicable ambiance it has developed since it was founded as an egalitarian congregation 50 years ago. My hope is that Israel emerges from this crisis recognizing the value of non-Orthodox congregations like ours and begins supporting them equitably.

About the Author
Rabbi Mikie Goldstein is the presisdent of the Rabbinical Assembly of Israel and rabbi of Kehillat Adat Shalom-Emanuel in Rehovot.
Comments