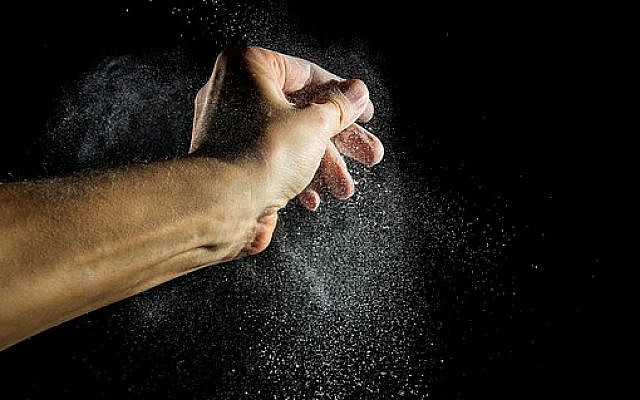 When G-d promised Avraham that his descendants will be numerous, He said, “I will make your descendants like the dirt (afar) of the land, such that if a person could count the dirt (afar) of the land, so too will your descendants be countable” (Gen. 13:16). In this passage the Torah uses the word afar, “dirt.” Afar is often paired with eifer, “ashes.” Other similar words include avak, “dust,” and deshen, which also mean “ashes.” In this essay we explore the similarities and differences between these words.

In some cases afar and eifer are used together. For example, when Avraham prayed for G-d to spare the city of Sodom he prefaced his prayers with the admission, “I am but afar and eifer (Gen. 19:27)” — dirt and ashes. Rabbi Naftali Tzvi Yehuda Berlin (1816-1893), the venerated Rosh Yeshiva of Volozhin, explains that sometimes prayers are answered in the merit of one’s righteous forefathers (see Rashi to Gen. 25:21) or one’s righteous descendants (see Ber. Rabbah §29:5). Avraham therefore prefaced his prayers by appealing directly to G‑d’s mercy. He referred to himself as afar because afar has no useful past, just as Avraham had no righteous ancestry (his father Terach was an idolater). And he called himself eifer because eifer has no fruitful future, just like — as far as Avraham could tell — he was not destined to father any righteous descendants, as Yitzchak had not yet been born.

Another case of afar and eifer is found regarding the Torah’s commandment to cover the blood of a slaughtered kosher wild animal or bird. In that context the Torah calls for covering the blood with afar, “dirt” (Lev. 17:13). The House of Shammai argues that only literal afar, “soil,” may be used, while the House of Hillel maintains that eifer, “ashes,” may also be used (Chullin 88b). The question at hand is whether afar is a specific term which refers exclusively to “soil,” or a general term (“dirt”) which includes both soil and ashes. As is usually the case, the halacha follows the House of Hillel’s opinion, and indeed elsewhere, the Talmud (Shabbat 18a) and Rashi (to Ta’anit 15a) imply that afar and eifer are synonyms (or at least interchangeable in some contexts).

That being said, there remains a fundamental difference between afar, “dirt,” and eifer, “ashes.” The Zohar (Vayishlach 170a) writes that eifer/avak is what remains after a fire has consumed something, and cannot facilitate growth. While the Zohar implies that both eifer and avak are perfect synonyms for burnt remnants, this is a bit of an oversimplification. In truth, eifer and avak are both formed via a violent destructive process, but they do not exactly mean the same thing: eifer is produced by being burned, while avak (“powdery dust”) is produced by being pulverized. The Zohar’s critical point is that while afar is the crucible from which all growth emerges, there is no hope that anything will grow from eifer/avak.

It is therefore significant that the Torah (Num. 19:17) calls the ashes of the Red Heifer afar (which generally means “dirt”) instead of eifer (“ashes”). Rabbi Moshe Shapiro (1935-2017) explains that this teaches us that sometimes items which seem to be the products of destruction (such as ashes) can be transformed into the impetus for creation. Unlike regular ashes, the ashes of the Red Heifer do facilitate growth. When a person contracts ritual impurity via contact with a corpse, this ritual impurity represents the mistaken notion that physical death marks the end of existence. However, when a person is sprinkled with the ashes of the Red Heifer, he now understands that what seemed to be a dead-end actually represents renewal and rejuvenation. This is because death is actually a transformative process as the soul moves from This World to the Next. To convey this lesson, the Torah uses the fecunditious term afar precisely where one would have expected it to use the infertile eifer.

Rabbi Shlomo Pappenheim of Breslau (1740-1814) traces the root of the word eifer to the biliteral root PEH-REISH, which refers to “breaking something down into smaller components.” Following this rubric, Rabbi Pappenheim explains that eifer refers to an item that is broken down into carbonate particles through conflagration. Other words derived from this root include perurim (“crumbs”), parur (a special “pot” for cooking crumbs or other small grains), pur (a special “box” used for drawing lots that resembles a parur), pri (a “fruit,” which is a microcosm of a tree that spawns from the tree), par/parah (“uncastrated bovine” that are used for their reproductive abilities), pe’er/tiferet (“all-encompassing beauty” that breaks down into multiple aspects), hafarah (the act of “disintegrating” or “nullifying” a vow), primah (the act of “tearing” clothing into multiple shreds), and tefirah (“sewing,” the means of rectifying the damage done by primah).

In Rabbi Pappenheim’s system, the word afar cannot be related to the two-letter root PEH-REISH because Rabbi Pappenheim understands that two-letter roots may only be joined with the letters HEY, ALEPH, MEM, NUN, TAV, YUD, or VAV to create a three-letter root, yet the word afar begins with an AYIN. Nevertheless, other proponents of the two-letter root theory do connect afar with PEH-REISH. For example, Rabbi Yaakov Tzvi Mecklenburg (1785-1865) connects the word afar to the root PEH-REISH by explaining that afar is an indispensable part of growing fruit (pri). Similarly, Rabbi Aharon Marcus (1843-1916) in his work Barzilai traces both afar and eifer to the root PEH-REISH. Elsewhere, in his work Keses HaSofer, Rabbi Marcus writes that afar is a portmanteau of the root AYIN-PEH (“flying”) and PEH-REISH.

Now let us move on to another term, avak. Rabbi Pappenheim similarly explains that afar refers to run-of-the-mill “dirt,” while avak refers to finer “dust.” Rabbi Moshe Shapiro explains that avak denotes something which has been rubbed down to its core particles, and is so light it can be blown in the wind. In this spirit, the Rabbis use the term avak to refer to “rubbing up” against certain sins without technically violating the letter of the law: avak lashon hara (Bava Batra 165a), avak ribbit (Temurah 6b), avak sheviit (Succah 40b), avak avodah zarah (Tosefta Avodah Zarah 1:3). In all these cases the sinner “brushes up” against the boundary of acceptable behavior but does not necessarily pass that threshold.

Rabbi Shapiro further notes that avak is always the product of a struggle. When Yaakov grappled with Eisav’s angel, the resulting avak was said to have reached G‑d’s Throne of Glory (Chullin 91a). Rabbi Yehuda Leib Edel (1760-1828) proposes that since ALEPH and CHET are sometimes interchangeable, the word avak may therefore be related to the word chavak/chibbuk (“hug”), referring to the fact that the particles of powder are so small and insignificant on their own that one only encounters them as residue clinging on to or “hugging” other objects. Interestingly, when describing Yaakov’s struggle with the angel, Rashi (to Gen. 32:25) characterizes their wrestling-embrace as chovek — which literally means “hugging.”

In addition to eifer, another Hebrew word for “ashes” is deshen. Rabbi Shlomo Aharon Wertheimer (1866-1935) cites Rabbi Eliezer Lipman Lichtenstein’s work Shem Olam that deshen is something burnt while the fire still glows within it, like an ember, while eifer is something completely burnt with no remaining fire. Rabbi Yehuda Leib Shapira-Frankfurter (1743-1826), who was Rav Shimshon Raphael Hirsch’s great-uncle, writes that eifer refers to all ordinary ashes while deshen refers exclusively to the ashes born of the rituals in the Temple.

Rabbi Pappenheim explains that “ashes” is a secondary meaning of the word deshen, whose primary meaning is “fat” (Deut. 31:20, Ps. 63:6, Prov. 15:30). Fat is an organic substance found in all living creatures, and when such organisms are burned their ashes are called deshen because of the residual “fat” that remains. In other words, according to Rabbi Pappenheim deshen refers exclusively to ashes derived from burnt animals. On the other hand, fruit/vegetable oils are called deshe (Gen. 1:11), and burnt flora only yields eifer, but not deshen. Needless to say, Rabbi Pappenheim connects the word deshe and the two meanings of deshen by explaining that they all derive from the two-letter root DALET-SHIN.

We have discussed four words: afar, eifer, avak and deshen. Afar is “dirt/soil,” a fairly general term notable because it connotes the ability to cause growth. This is in contrast to eifer, “ashes,” and avak, “dust,” which are products of destruction and not causative of growth. Eifer is a more general term for ashes, while deshen refers to a more specific type of ashes. Rabbi Pappenheim concludes that despite their subtle differences, since these words are quite similar they are often used interchangeably.