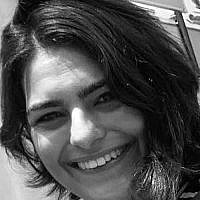 The Blogs
Yael Lesin-Davis
Apply for a Blog
Please note that the posts on The Blogs are contributed by third parties. The opinions, facts and any media content in them are presented solely by the authors, and neither The Times of Israel nor its partners assume any responsibility for them. Please contact us in case of abuse. In case of abuse,
Report this post.

The front line in the war against COVID 19 for healthcare professionals has worrying echoes of life in the World War I trenches with soldiers clambering over into the unknown ill-equipped to face the enemy. Then, the soldiers dying on the battlefields of France were young and inexperienced. In today’s battle, the fatalities amongst healthcare professionals in Europe are often old and retired medics who selflessly volunteered their services in the time of need.

When we finally emerge from the ravages of this pandemic we will no doubt reflect on whether the decisions to allow such brave people to fight on the front line were right and whether they may have been more safely deployed in roles, behind the scenes, where their assistance did not place them unprotected to deal with the dangers of this virus. Many governments face criticism for failing to supply their professionals with the necessary personal protective equipment. It may be argued that with finite resources they could not reasonably have foreseen being so overwhelmed, but might they have been more protective of the older healthcare professionals? I would argue that a solution in Israel and in the U.S. might have been to follow the example of the UK government in the wholesale drafting in of final year medics, some only weeks away from graduating and their being deployed, to take some of the strain.

Although not fully-fledged physicians, graduating medical students have the ability to provide care in routine non-emergency settings. They are equipped with the fundamental skills of how to take a patient history, how to do a physical examination, how to assess and come to conclusions about lab data and imaging. They are able to use these tools to build differential diagnoses and monitor patients with common diseases such as heart disease and diabetes. Their work is always overseen by senior physicians and together they are able to be of invaluable service. I am not inferring that graduating medical students should be deployed directly into the COVID-dedicated intensive care units but I am urging that there is a need for their ancillary work on the backbenches.

Having said this, there seems in Israel & in the US to be an uncoordinated rather minimal effort to absorb students into the workforce. Some healthcare institutions are claiming that graduating medical students lack the necessary training to perform such work since they have not yet completed training as interns and residents. I would argue that properly supervised they have a role to play.

This leads me to conclude that, as is too often the case, bureaucracy may be getting in the way of a creative solution in times of war a “needs must” attitude should replace the traditional red tape barriers. As a final year medical student in Israel. I like many others find it frustrating sitting at home on the sidelines. Isn’t it time to fast track Israel’s students too?

About the Author
Yael Lesin-Davis is a graduate of the Medical School for International Health, Ben Gurion University of the Negev, Beer Sheva. She has a particular interest in public and global health issues. In her free time, she enjoys a good social and discovering her inner MasterChef.
Related Topics
Related Posts
Comments