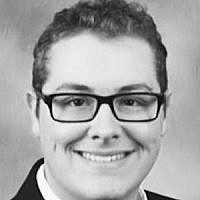 The Blogs
Max J. Bleich
Jewish Writer & Teacher
Apply for a Blog
Advertisement
Please note that the posts on The Blogs are contributed by third parties. The opinions, facts and any media content in them are presented solely by the authors, and neither The Times of Israel nor its partners assume any responsibility for them. Please contact us in case of abuse. In case of abuse,
Report this post.

From the very beginnings of our scriptural tradition, the emphasis in our being made in the likeness of God is very clear.

B’Tzelem Elohim, or, “in God’s Image”, is one of the most commonly cited values of Progressive Jewish organizations in the United States today. Among the other values held by these organizations is “Kol Yisrael Arevim Zeh Bazeh” or “all Israel is responsible for another.” This text, originating from Shavuot 39a, is Talmudic, and very much a binding principle of our Rabbinic tradition. Of course, the term ‘Israel’ here applies to the people of Israel, the Israelites; or in our modern context, the Jewish people. We are obligated by Judaism’s scriptural and rabbinic law to share responsibility for those in our community, and to be inclusive of them, for we are all equal in our origins and in our worthiness as the Jewish people, for we are all God’s creation.

The decision by Israel Prime Minister Benjamin Netanyahu and his party to withdraw an agreement permitting the development of an egalitarian prayer space at the Western Wall many years in the making was, to me and many of my peers, an insult to Jews of the Diaspora. Their actions undoubtedly violate our values as Jews, and put in danger the long-term financial security of the modern nation state that is Israel. American Jews give NIS 8 Billion in donations to Israel and help stimulate the economy with NIS 58 Billion through tourism, according to the Diaspora Affairs Ministry. The decision regarding the Kotel ultimately plunged this financial security into unknown territory. Not only does this action display a lack of respect toward pluralism and the Jewish world, but stands as a violation of the ideal that we are all made in God’s image, that we are all entitled to the same rights as Jews regardless of gender, sexual orientation, or gender identity.

As a vocal and decisively ardent member of the Reform Movement, a religious school teacher, a student of Judaism, a person aspiring to become a Rabbi, and a staunch advocate for an inclusive Israel that exists safely within her borders, I cannot stand idly by the blood of my brothers and sisters who are not looked upon equally by the ultra Orthodox Haredim that currently control the Western Wall. It is difficult to have a meaningful connection to the Kotel knowing that other members of my Movement, and people who consider themselves Jewish despite disagreement with the Haredim on the grounds of patrilineal descent are prohibited from sharing the opportunities I am so lucky to have because of something as out of my control as gender. Just because I am privileged enough to approach the Wall, to enjoy its disproportionally large section, and to do so undisturbed (such as by the harassment experienced by women who have tried to pray utilizing teffilin and tallit), does not mean that I enjoy doing so. I would feel more at peace and feel a stronger connection at the Kotel knowing that everyone is able to enjoy it equally.

And don’t think for a moment that I do not support and love my Haredi brothers and sisters on the other side. I am taught by Jewish tradition, in Leviticus, that “you shall love your neighbor as yourself,” to appreciate the differences among us. I do indeed love the Haredim as I would any other person or Jew, but there is no mutual exclusivity in my agreeing with them- most notably when they decide to limit the participation of any person. That said, what this really comes down to, if I am to love my neighbor, is that I am to respect them and to expect the same respect in return. The progressive Jewish world has tolerated the Haredim operating essentially the entire religious world of Judaism in Israel since the beginning. Up until recently, women could be booted from their seats on El Al flights if a religious man did not wish to sit beside them. Is it really so much to demand inclusion in the form of a rightful egalitarian prayer space at the Kotel? Or is it a matter of disrespect toward progressive Judaism and pluralism?

I feel as though my closeness to this subject could not be stronger than it is now, through my current work at The Daniel Centers for Progressive Judaism. The centers are comprised of Beit Daniel, its flagship synagogue; Miskenot Ruth Daniel, guesthouse, tours and seminar center in Jaffa; Kehilat Halev, the center’s community in Central Tel Aviv; and, Tikkun Olam in Tel Aviv-Jaffa, a service learning program run jointly through BINA.

I feel especially empowered by the staff that I have been working with, who all feel the ultimate struggle for inclusion and equality in Israel. This struggle does not end at the Western Wall, which has become the symbolic embodiment of the religious divide within Israel. The Daniel Centers also proudly operate the largest non-Orthodox conversion program in the country, which allow Jews who successfully complete their program to be recognized as Jewish by the state. The latest attack on this occurred just recently, as the Israeli government advanced a bill that could—if passed—direct conversion power to be operated solely and thus monopolized by the Orthodox Rabbinate. No longer would a Reform or Conservative conversions be legitimized by the state; undoubtedly a huge blow to both movements worldwide, if it is successful.

In my opinion, and from my own experience, this just isn’t Jewish. Judaism teaches inclusivity. Judaism teaches acceptance. Judaism teaches love. The conversion bill isn’t inclusive, accepting, or loving. It is a direct contradiction of Jewish teachings reaching as far back as antiquity.

It’s difficult to understand, coming from my American background, that this divisive reality exists between the progressive and orthodox in Israel. In the States, we may not always agree, but we coexist and work together in JCCs and Federations. Is it ironic that the Jews of Diaspora are so tolerant in faith, or is that commonplace because we live in a Christian world? I’ve learned through experience that pluralism and its embrace is essential to building and maintaining our small but mighty Jewish community.

Now it’s time for Israel to discover the power of pluralism by finding compromise wherever possible, and continuing the progress that organizations like the Israel Religious Action Center and Beit Daniel have worked so hard for over the past thirty years. This means the Haredim will need to tolerate the varying lifestyles of Jews outside of orthodoxy, just as progressive Jews have tolerated and accommodated for the lifestyle of traditional Jewish practice. Of course, this includes egalitarian prayer especially, but also extends to issues of conversion, and ultimately the identity politics behind “who is a Jew?”

I consider it helpful to study the Book of Ruth from the collection of Prophetic writings, which we read every year on Shavuot—commemorating the revelation of Torah by learning from a text that chronicles the life of a convert. It is told that Ruth marries a Jewish man, but is from Moab, and is not Jewish by birth. No problem. Ruth is welcomed by the Israelite community, and especially by Naomi, her mother-in-law. When her husband dies, and she seeks a new hand for marriage, Ruth maintains her loyalty to Naomi, and goes to glean in the fields of a man named Boaz, whom she would eventually marry. Ruth, at this point still a Moabite woman, is known throughout the community as an “Eshet Chayal”- a woman of virtue, for her loyalty, and is called such by Boaz. As she tells Naomi in the first chapter, “your people will be my people, and your God will be my God.”

Ruth is welcomed and included, despite her being from Moab and not an Israelite, into their community! Her conversion leads her into the path of living that we in modernity would consider a Jewish lifestyle, but she is not denied any opportunity for who she is. For she is made B’Tzelem Elohim—in the image of God—she is equally accepted. I remember once learning from a rabbi that when a person converts to Judaism it is as if their soul was always the soul of a Jew, and that they just needed to find their way to our community.

Should we not strive to be more inclusive, accepting, and loving like Naomi? It is up to the Progressive movement in Israel and Diaspora to continuously be inclusive, to be open and welcoming to the stranger in our own midst—including Orthodoxy—or else we risk falling into a trap of actually straying from our tradition and becoming no better than those that stand on the other side. 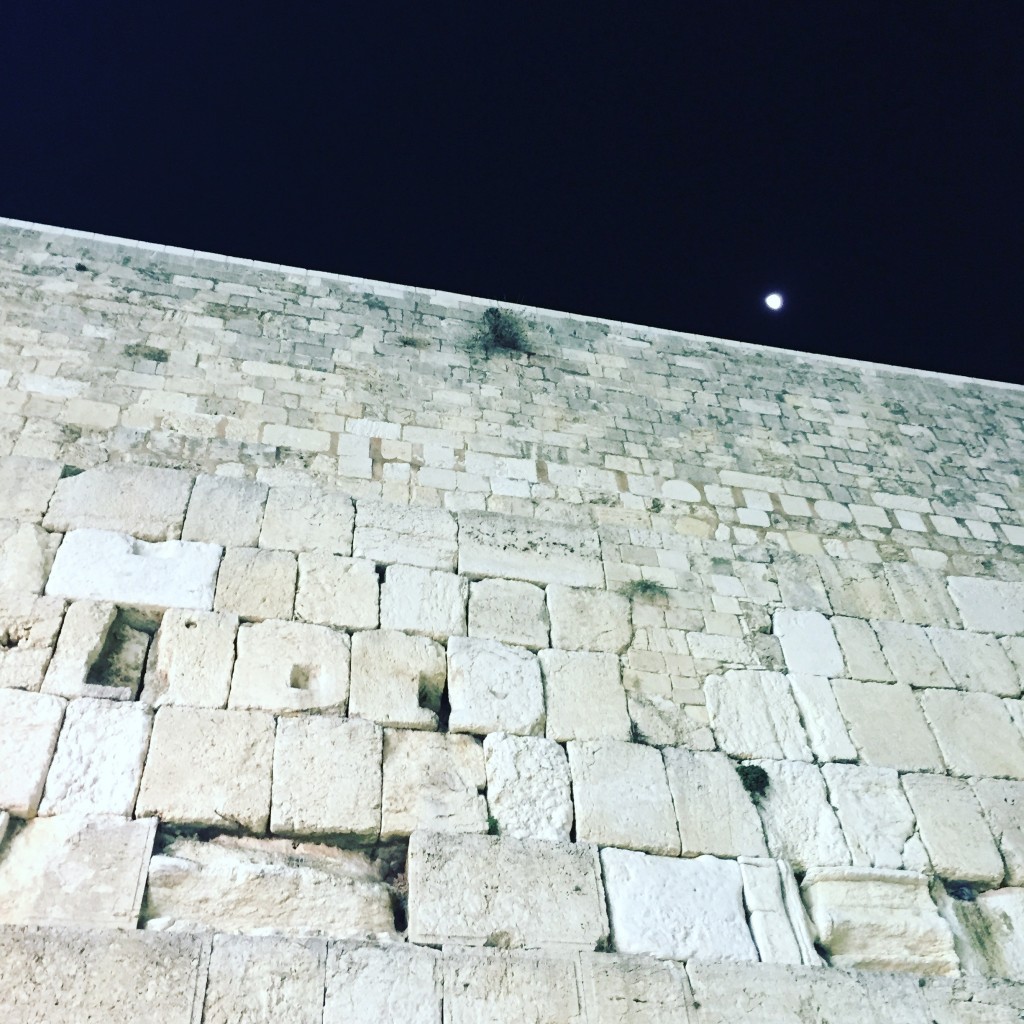 Picture taken by Max Bleich (22 Dec. 2015)
About the Author
Max J. Bleich holds a B.A. in Judaic Studies and English Literature from the University of Cincinnati. At UC Max served as President of the Omicron Deuteron Alpha Epsilon Pi Chapter, Vice President of the Student Board of Cincinnati Hillel, and founded J Street U Cincinnati. In the past five years he has taught Jewish History to students from elementary school to college in Cincinnati, OH. Max is working on completing a masters degree in political science at Tel Aviv University.
Related Topics
Related Posts
Comments 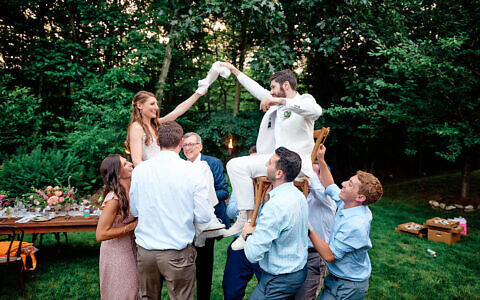 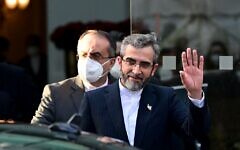 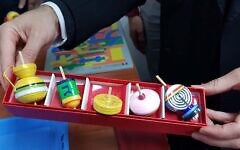