The Blogs
Avi Ganz
Apply for a Blog
Please note that the posts on The Blogs are contributed by third parties. The opinions, facts and any media content in them are presented solely by the authors, and neither The Times of Israel nor its partners assume any responsibility for them. Please contact us in case of abuse. In case of abuse,
Report this post. 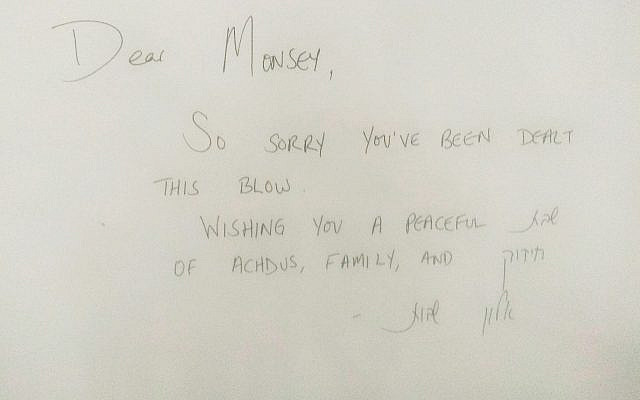 On November 23rd, 2017, a Palestinian terrorist drove towards Gush Etzion Junction and got caught in a traffic jam just outside the gate to our community of Alon Shvut. It was a Thursday afternoon. As traffic stalled all around him, he pulled out a machine gun and emptied multiple magazines into the nearby vehicles. Rav Yaakov Don and Ezra Schwartz were killed on that dark day. Rav Yaakov was a beloved teacher; an Israeli who spent years as a Shaliach in Toronto where he left a deep impression and Ezra was a young gap-year student from Sharon, Massachusetts who loved baseball and had just committed to finishing all of Tanach that year in his Yeshiva, Yeshivat Ashreinu, in Beit Shemesh. Rav Don was on his way to learn with his son in the Yeshiva in Maaleh Adumim and Ezra was on his way to volunteer at the Oz VeGaon park which was established in memory of “The Three Boys” – Gilad, Ayal, and Naftali.  The two had very little in common and yet, there is a permanent monument for each just about three feet from one another. They were both killed at the same time and place for no reason other than that they were Jews.

I remember the day vividly as I was among the first responders to the attack as a volunteer EMT for Mogen David Adom.  The images were and still are surreal.  But they aren’t for now.

The next day, while our Yishuv was very much still reeling from the attack, there was a knock at our door and a timid high school girl whom we didn’t know stood there with a simple, homemade cake and a note.  The note brought tears to our eyes as my wife and I read it. You see, this girl was from the community of Itamar. Yes, that Itamar. Where the Fogel family lived and perished.  The note said, in essence:

“Dear Alon Shvut, we know your pain because we have experienced it.  No words can fix your loss but we want you to know that you are not alone.  Shabbat Shalom, Itamar.”

When we heard the news of the brutal machete attack in Monsey, my wife suggested that we do the same and, while we haven’t been able to send cake, I hope this letter reaches those who might appreciate it.

Dear Monsey, we are so sorry that you’ve been dealt such a devastating blow.  We wish there was a way to soothe your pain.  We’ve been there and there simply are no words.

Wishing you and all of Klal Yisrael a נחמה.  May this be a Shabbos of achdus and chizuk and light.

From Alon Shvut, With Love.

About the Author
Avi Ganz is the program Director of Ohr Torah Stone's Yeshivat Darkaynu. He lives with his wife and five children in Gush Etzion where he volunteers for MD"A,plays the blues on his Hohner, and reminisces fondly of his days playing tackle football with the IFL.
Related Topics
Related Posts
Comments