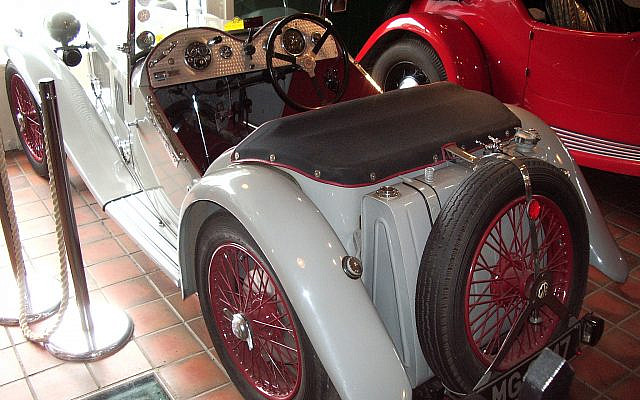 An MG - not a patch on my Triumph Herald (Author's photo)

It was 1968 and we were on our honeymoon. Driving on Europe’s open roads with our rusty (no, that’s not a typo, I meant ‘rusty’ not ‘trusty’) Triumph Herald’s top down, we headed for our destination, the long-gone Yugoslavia. For younger readers, Yugoslavia broke up in the early 1990s and is now Bosnia, Herzegovina, Croatia and who knows how many other little enclaves.

We reached Trieste. This city has bounced between rival empires and has suffered many occupations that ended as recently as 1975 when it joined Italy and the border with Yugoslavia was finally agreed on. I had visited Trieste a couple of years earlier and had been impressed by this scenic city with its very friendly population, so we were pleased to see large crowds on the street – some kind of celebration.

Joining the crowd, we watched in fascination as a man in a very pretentious uniform climbed onto a handy road-side bench and unrolled a parchment and began to read it in a loud voice. We were excited that we had stumbled across a genuine event, not just something for tourists.

Only later did we discover that this was the Mayor of Trieste and he was reading the Riot Act. The port workers, led by the local university students, were on strike.

When he finished reading, all hell broke loose. The crowd was attacked by club-wielding policemen who had no hesitation in using them. We fled into a small side alley where a shopkeeper pulled us in to safety. These are special riot police, he explained, they are drawn from distant regions of Italy so they will have no local connections. They live in closed barracks and have no contact with ‘ordinary’ people.

I was reminded of these long-ago events, not by my wedding anniversary, which happens to be today, but by the brutal attack in Buffalo on an elderly man pushed to the ground by police officers and left bleeding by the unconcerned officer and his colleagues. The horrific attack, and the callous response of the police, was caught on video. Amazingly, after this thug dressed as a policeman was suspended, all 57 members of his unit resigned in protest at his suspension.

Some 52 years after my visit to Trieste not much has changed. We are still happily married, and the police are still using their batons “To Protect and to Serve”.

Sadly, the Triumph Motor Company is no longer with us, the Triumph name disappeared over the summer of 1984. Once a Triumph Herald, my current car is now a made-in-China Japanese machine with no character and no rust.