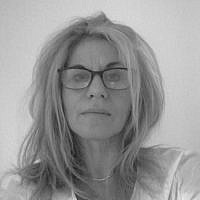 The Blogs
Phillipa Friedland
Apply for a Blog
Please note that the posts on The Blogs are contributed by third parties. The opinions, facts and any media content in them are presented solely by the authors, and neither The Times of Israel nor its partners assume any responsibility for them. Please contact us in case of abuse. In case of abuse,
Report this post.

I made Aliya four years ago, from Vancouver, Canada. I am writing this piece for the Times of Israel in order to plead with the Israeli electorate to restore their collective morality regarding the Asylum Seeking population In Israel.

In 2015, on a visit to Israel, I met Danny (Medhane) at the Population and Immigration office in Kfar Saba. This was my first introduction to an Eritrean Asylum Seeker In Israel. Danny and his family have become our family. They have spent ten challenging years, without refugee status, in Israel. Additionally, I became friendly with Micael, an Eritrean who I met at the Bnei Brak Population and Immigration Center. Micael has not seen his wife and children for ten years. The indignity of the Bnei Brak Center led me to start a Gofundme called ‘Restrooms for Refugees.’ The site processed approximately 1,000 people per day, waiting in long lines, with no exterior ablution facilities. Micael restored dignity to his fellow Asylum Seekers by creating an organized ‘lining-up system, and I tried in my small way to provide a semblance of dignity to the men, women, and children, by providing temporary toilets.

I have always had a sensitivity to discrimination. As a 5-year-old South African child, I was revolted by the treatment of my fellow humans under Apartheid. As a student at the University of the Witwatersrand, I belonged to the organization Jews for Social Justice, started by a Holocaust survivor, Franz Auerbach. Through this organization, I secretly taught grade 12 history to Black domestic workers who were trying to complete their final year of high school. Teaching them was considered an illicit activity under the Apartheid laws, and we were forced to meet in a synagogue classroom, provided by a sympathetic rabbi.

Our organization was deemed ‘illegal’ and my father summarily received a call warning that if his daughter did not immediately withdraw from such activity, she would be jailed. In Vancouver, I spent 15 years as a volunteer guide at the Vancouver Holocaust Education Center, sharing the history of the Holocaust and the deleterious impacts of discrimination. We taught students about the perils of labeling populations, about how Jews were not welcomed into many countries when they sought refuge. After witnessing the treatment of Asylum Seekers in Israel, I would not be able to face a student group again. I could not tell them that as Jews we expected refuge, but as a Jewish state, we will not provide it.

While I wish to live a peaceful life in Israel and not ‘rock the boat,’ I feel compelled to write this blog post in order to compel Israeli’s to ‘wake up’ to the very dangerous situation we find ourselves in. A quote by Fintan O’Toole aptly describes the danger we face- “Fascism doesn’t arise suddenly in an existing democracy. It is not easy to get people to give up their ideas of freedom and civility. You have to do trial runs that, if they are done well, serve two purposes. They get people used to something they may initially recoil from, and they allow you to refine and calibrate. This is what is happening now and we would be fools not to see it.”

The treatment by Israeli officials towards the  Asylum Seekers feels like the trial run referred to by Fintan O’Toole.

While Fintan O’Toole used this statement to describe Trump’s four years, I am using it to implore Israeli’s to review the Israeli government’s treatment of Asylum Seekers in Israel. As Israeli’s return to the ballot for the fourth time in three years, I implore each and every one of us to review the actions of our Knesset members.  How can a nation, who ‘Promised to Never Forget’, allow their elected officials to forget? Have the trips taken by Israeli teens to Auschwitz been more about instilling nationalism, than fighting discrimination?

I am moved by the quote of the late German Historian,  Detlev  Peukert: ‘The shadowy figures that look out at us from the tarnished mirror of history are — in the final analysis — ourselves.’ We are complicit. We know how people seeking refuge are being ill-treated by our government, and yet we look the other way. We will be called upon to explain our inaction and complicity to our children and future generations.

I implore the Israeli Government to imbue its decision-making with a morality based on the Rule of Law,  which engenders dignity for all. I plead with them, I beseech them from the depths of my soul, to please emulate previous exemplary Israeli figures, who for decades after its founding in 1948, welcomed refugees from outside the Jewish faith. The country was an early signatory to the 1951 Refugee Convention. In his first official act as prime minister in 1977, Menachem Begin granted refuge to 66 Vietnamese who had been rescued at sea by an Israeli ship. Begin said, “We have never forgotten the lot of our people … And therefore it was natural that my first act as prime minister was to give those people a haven in the land of Israel.” Why have our elected Knesset members abandoned this empathic policy in favor of a populist trajectory? How can we as a nation not shudder? Not shout? Our national morality is being trampled upon, and yet, apart from very dedicated individuals, activists, and NGOs, who care and provide solace and food for our Asylum Seeking population, we turn away. We are complicit. We know that the government imposed a 20% tax on these downtrodden people who sought refuge amongst us. We know that the government has now called to close ‘their’ inoculation center. We knew that our government confined Asylum Seekers in Holot jail. I could go on and on and on.

I am constantly reminded of Detlev  Peukert’s words after recording the regular German persons’ complicity in the Holocaust. I repeat,  he said, ‘The shadowy figures that look out at us from the tarnished mirror of history are — in the final analysis — ourselves.’ What image will we see when we look back at our inaction?

The default position of at least some politicians seems to be that all, or most entrants to Israel are in fact labor migrants, rather than asylum seekers. This stands in stark contrast to Global statistics of recognition of refugee status for Eritrean and Sudanese asylum seekers—in March 2014, 81.9% and 68.2%, respectively, as reported by the UNHCR—stand in stark contrast to less than 1% of Eritreans and none of the Sudanese applicants being granted recognition as refugees in Israel. The Corona Virus situation has exacerbated the plight of the Asylum-Seeking community. As of February 2021, Israeli NGOs have indicated that unemployment due to the coronavirus pandemic has driven 86% of asylum seekers into “genuine hunger.” Ironically, Israel has a positive name internationally for sending rescue teams to support rescue operations in disaster zones, abroad. Yet, Israel’s detrimental policy-making regarding Asylum Seekers in its midst has created an internal disaster of its own making.

I fear for Israel’s already questionable reputation abroad regarding its oft antipathetic moral choices. I fear for the education of Israeli Youth. In 2015, the then Education Minister-Naphtali Bennett, publicly referred to the asylum-seeking community as ‘Infiltrators.’ He was not alone in labeling/classifying the Eritrean and Sudanese Asylum Seekers. The Prime Minister and various Knesset members did so, too. They have also referred to them as “invaders,” “enemies,” “infiltrators. ” Miri Regev, herself a child of refugees, classified them as a  “cancer” and a  “national calamity.”  PM Netanyahu’s rhetoric has consisted of accusations: the ‘ infiltrators cause cultural, social and economic damage, and pull us towards the Third World. He has later referred to the infiltrators as ―a surge of refugees who threaten to wash away our achievements and damage our existence as a Jewish democratic state (Goldstein 2010).

This incendiary dehumanization and rhetoric resulted in hate crimes against asylum seekers and has resulted in the government’s maltreatment of them.

How can a nation that promised to ‘Never Forget’ have an Education Minister who utilized the lexicon of hate? As an Education Minister, should he not have been aware that negative labeling of a group is the first step, of the ten steps, toward genocide? He had no background in education, hence perhaps that is why he may not have been aware that Genocide is a process. That it develops in ten stages, that are predictable but not inexorable. At each stage, preventive measures can stop it. As a nation, we should ask ourselves how many of these steps toward genocide have our elected officials embarked on?  Will we say we did not know? Will we not try to stop this dangerous rhetoric?

Genocide Watch, an organization started by Gregory H. Stanton, informs us of the 10 steps toward Genocide.

I have included the 10 steps in this piece to illustrate the very slippery slope we stand on today. How many of these ‘steps’ have our elected leaders applied toward the Asylum Seeking community? I am not sufficiently knowledgeable or educated enough to mention all the infractions our government has made in this regard. The very involved heroic activists and individuals helping Asylum Seekers can expand upon the culpability of our leaders. I am awoken from my sleep every single night. I am ashamed that I belong to a country that is playing the ‘bully, and splitting hairs about who is a refugee.’ My late parents, may they rest in peace, brought us up to feel solidarity for Israel. I am grateful that they have not seen the tenets of the past decade. Like the Asylum Seekers, I connect to many in the Israeli populace, but cannot reconcile the blase, inhumane actions of many officials in the government.

The 10 steps toward Genocide

How many of the above steps can we endure before we say ‘Enough is Enough.’

The regulation of citizenship has historically been the prerogative of nation-states. Immigration is and perhaps must be monitored. This is Israel’s right, as is the case in other countries. But the legitimate regulation of immigration cannot be carried out in a way that betrays the norms that the world community has come to view as universal. (www.bloomsburycollections.com)

Many Asylum Seekers have left Israel to pursue asylum in Canada, Holland, and other countries. Danny and Micael, I will continue to assist you in gaining entry to Canada, even though your leaving will break my heart. I hang my head in shame.  Israel’s loss will most surely be Canada’s gain. Canada will receive intelligent, empathetic, and very industrious people.  Israel will live with this stain permanently. Instead of creating ambassadors who love Israel, whose Hebrew-speaking children, as well as their parents,  could have contributed greatly to this country, they have embarked on a ‘cruel soft policy’ to force them out. Making life so inhospitable for them that they will eventually leave. I see no Biblical imperatives being followed by Israeli politicians. The Biblical injunction to welcome the stranger is repeated 37 times in the Hebrew Scriptures, which suggests it was something of which they needed reminding of. In the Old Testament, there are different words that translate to a stranger, but the word that means an immigrant appears almost 50 times in the first five books of the Bible. This suggests that how immigrants were treated was clearly a key concern as the Israelite nation discovered its call to be the people of God.

James Baldwin said, ‘There is never a time in the future in which we will work out our salvation. The challenge is in the moment, the time is always now.’

‘The shadowy figures that look out at us from the tarnished mirror of history are — in the final analysis — ourselves.’