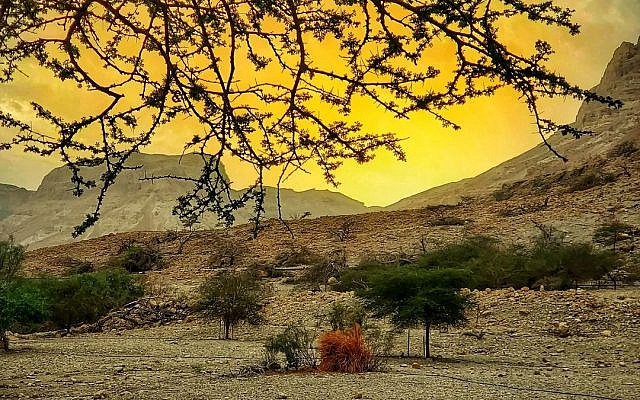 Every day in the Uva LeTzion prayer, we thank G-d for giving us the opportunity to worship Him and for making us different from other people: “Blessed is our G-d who created us for His honor and separated us from those who are lost (to’im)”. The root of to’im is TAV-AYIN-HEY and words that sprout from this root appear in the Bible some fifty times. In this article we will explore the possible differences between the verb to’eh with a TAV and the word to’eh with a TET. Despite their slightly different spelling, both words are essentially pronounced the same. But do they mean the same thing?

The generally assumption amongst the commentators is that to’eh (TAV) means “lost” and to’eh (TET) means “made a mistake”. Indeed, throughout Rabbinic literature, ta’ut always refers to making a mistake. This assumption is illustrated by the following discussion: Rabbi Avarham Aharon Broide (circa early 19th century) was originally from Vilna and later became the Rabbi of the town of Strabin near Slutzk. In his commentary Bayit HaGadol to Pirkei DeRabbi Eliezer (ch. 30), Rabbi Broide poses the following question: When the Torah talks about Abraham’s expelling Hagar and Ishmael, it says about Hagar, “and she left and she strayed (to’ah with a TAV) in the desert of Beersheba” (Gen. 21:14). Targum Onkelos translates the word to’ah (with a TAV) into Aramaic as to’ah (with a TET). Why does the Targum change the meaning of this passage by switching “strayed” into “erred”? 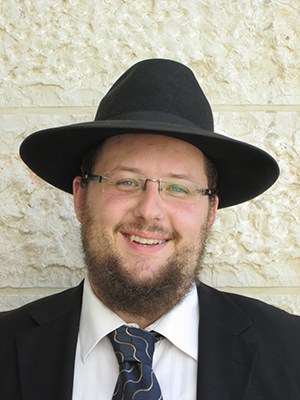 Rabbi Broide relates that this question was asked at a gathering of sages, but nobody provided an answer, until he spoke up. He answered that the Targum did this as an allusion to the exegetical Rabbinic tradition (found in Pirkei DeRabbi Eliezer there and in other sources) that when Hagar left Abraham’s house, she returned to the idolatry of her youth. In general, the Targumim translate idolatrous deities as tavata (TET-AYIN-VAV-TAV-ALEPH), which is based on the notion that idolatry started off as a mistake on the part of mankind (see Maimonides’ Laws of Idolatry ch. 1). So, following that rubric, Onkelos sought to imply that Hagar did not just lose her way in her travels, but she also erred by returning to idolatry.

Rabbi Broide then cites something he found in Rabbi Eliyahu HaBachur’s glosses to Radak’s Sefer HaShorashim. Rabbi HaBachur asserts that there is a fundamental difference between the meaning of to’eh (TAV) and to’eh (TET): The word to’eh with a TET refers to a mistake in heart or intellect, while the word to’eh with a TAV refers to a person who strayed off the path and ended up lost. However, Rabbi Broide rejects this distinction and argues that even to’eh with a TAV means one who makes a mistake, and he cites Biblical passages such as Psalms 98:10 and Hoshea 4:12 to that effect. He bolsters this position by noting that Radak himself in Sefer HaShorashim (when discussing the word taf) explicitly writes that ta’ah with a TAV and with a TET are the same word! This interchanging nature of these two spellings was already noted by Radak’s father, Rabbi Yosef Kimchi (1105-1170) in Sefer Zikaron, and by Rabbi Shlomo Ephraim Lenchitz (1550-1619) in his work Kli Yakar in Numbers 5:12.

So are the two words interchangeable, or is there any difference between them? Rabbi Yaakov Zev Lev of Sanhedria HaMurchevet, author of Me’at Tzari, reconciles this difference of opinions by explaining that in Hebrew there is a difference between to’eh with a TET and with a TAV, but in Aramaic there is only one word — spelled with a TET — that has both meanings. In truth, Rabbi HaBachur himself already acknowledged this in his work Meturgaman, in which he correctly asserts that every time cognates of to’eh with a TAV appear in the Bible, the Targumim replace the TAV with a TET.

In fact, there is only one place in the Bible where a cognate of to’eh is spelled with a TET — Ezek. 13:10. In that passage, Ezekiel lambasts false prophets, but the meaning of the word ta’ah in that context is ambiguous and could fit both meanings: “…because they led My people astray…” or “…because they led My people into a mistake….” Radak yet again writes that to’eh with a TAV and with a TET both mean the same thing, but that the former is the preferred orthography in Scripture, and the latter in Rabbinic sources.

Listen to Rabbi Reuven Chaim Klein’s short podcast series that goes into detail about the histories of various cities in the Holy Land.

Rabbi Shlomo Aharon Wertheimer (1866-1935) also disagrees with Rabbi HaBachur’s characterization of the difference between to’eh (TAV) and to’eh (TET). He argues that both words can refer to somebody lost on the road, but the wanderer can be lost in different ways. To’eh with a TAV denotes a wayfarer who has lost his way and is completely at a loss as to the proper direction in which he should travel. To’eh with a TET, on the other hand, denotes a traveller who has not only lost his way, but who thinks he knows where he is going, and has decided the improper path to be the proper path!

As a side note, this comment of Rabbi Wertheimer’s does not appear in his lexicon of Hebrew synonyms, Bi’urei Shemot HaNirdafim. Rather, I found this comment in a footnote to the work Batei Midrashot published by Rabbi Avraham Yosef Wertheimer (d. 2002) in the name of his grandfather, Rabbi Shlomo Aharon Wertheimer. That footnote claims that this comment appears in the senior Rabbi Wertheimer’s Bi’urei Shemot HaNirdafim, when, in fact, it does not. I investigated this matter and, through Rabbi Dr. Eliezer Brodt, came into contact with Rabbi Avraham Yosef Wertheimer’s son, Rabbi Shlomo Aharon Wertheimer of Ramat Shlomo (head of Machon Ktav Yad VaSefer). After looking into it, Rabbi S. A. Wertheimer informed me that his great-grandfather’s comment was originally printed in the second volume of the multi-volume first edition of Bi’urei Shemot HaNirdafim, but that the single-volume later editions of that work for some reason omitted this comment. Mysterious, isn’t it? Maybe it got lost. Maybe it was a mistake…