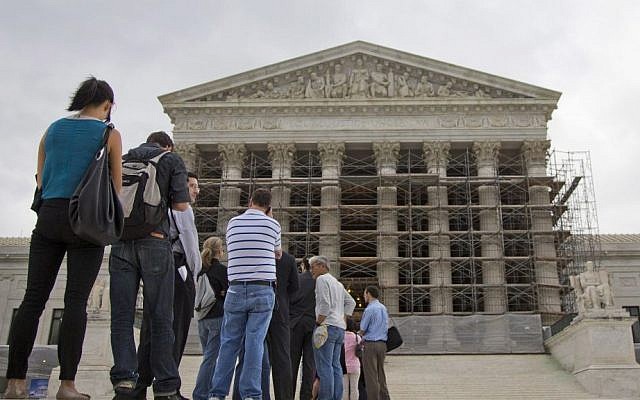 I remember a conversation that I had with an acquaintance quite a number of years ago. We were talking about the apparently outdated significance of biblical judicial mechanisms in the face of modern [at that time] technology. My acquaintance specifically referred to the fact that with modern day video cameras and other forms of surveillance, it was somewhat “laughable” to bother with a system of witnesses, as described in the Bible and as discussed throughout Jewish judicial texts throughout the millennia.

According to Jewish law, there is a need for a minimum of two witnesses in order to attest to the legal standing of a situation. For the moment, I will allow myself to bypass the legitimate chauvinistic arguments related to the need for these witnesses to be male.

Imagine there is a dispute between two parties. If one can bring two witnesses to attest to the fact that one party is speaking the truth, this is sufficient legal grounds to find in favor of the given party. Of course, the question is  whether more than two witnesses has any bearing and what to do when both sides can bring witnesses. This is one of the many reasons  why the Talmud is as long as it is.

By the way, I was incredibly fortunate to be able to use an online teaching site to listen to a set of lectures over the course of 7 1/2 years that covered the entire Talmud. This daf yomi process is well-established and is performed by tens of thousands [if not more] people at all times. It is a fascinating journey, and I only touched  the surface. I would highly recommend it for anyone with an interest in these magnificent and fascinating  ancient texts.

In any case, my acquaintance stated that there was clearly no need for the entire body of legal discussion relating to witnesses, in any situation where media was available. Not long after this discussion, there was a case in the news that spoke to a situation in which media had been tampered with and was as such invalid. In this case, it was only the availability of witnesses that made it possible to convict the appropriate person.

I for one am a huge advocate for using media in any type of dispute. I believe that there should be cameras on every single corner and every single telephone pole, and that a constant sweep of the city should be done in order to increase our state of safety and to determine the culprit in various crimes. Obviously, I am not a major advocate of personal privacy and I feel that the benefits of constant surveillance outweigh the risks. My point is that even with all of this digital oversight, I am fully aware of the fact that there will always be cases where a particular corner or a given shadow makes digital surveillance insufficient. In this case, the availability of human witnesses will definitely be of value. And I am also aware of the fact that as time goes by, it will become easier and easier for more and more people to manipulate digital media such that media may sometimes become inadmissible in a court even when the media seems to clearly demonstrate who the perpetrator is. In such cases, human witnesses will actually be treated as more reliable than digital media.

In a recent article I read just this morning, a new technology is being discussed, which is based on an already well known technology called MRI. With this new technology, it is possible to observe brain function during  the questioning of an individual. The present impression of the researchers is that this kind of study can detect with high accuracy whether an individual is lying. It appears to be at least as effective as the presently available lie detector technologies. The author of the article goes on to discuss some of the limitations of this technology, but it definitely seems to be that we are on the cusp of a new way of determining veracity of human statements. If and when the day comes that we do decide to rely on such technologies in the courtroom, it once again begs the question whether there will be any need for more “ancient” systems such as witness testimony.

No system is 100% accurate. There are countless studies on the accuracy of witness testimony under controlled environments. The physical placing of the witness  relative to an event can lead to a fundamentally different impression of the goings-on, in comparison to another witness placed at another location relative to the event. In both cases, the witnesses were questioned immediately after the event so that memory was far less of an issue. The combination of personal biases, our brains interpretation of visual events, and the physical reality of not always being able to fully see or hear the given event, can all lead to an effectively invalid witness statement, even though the witness is speaking as truthfully as he or she can.

There is the very legitimate question  of what happens when a sociopath, who has no physiological response to lying, speaks a falsehood. Does the brain of a sociopath even recognize the difference between the truth and a lie? If you ask the sociopath whether he or she killed an individual, could their MRI demonstrate no abnormality, even though they are lying through their teeth? The answers to these questions and many more are simply not yet available and definitely will be the subject of further research.

When all is said and done, all of these technologies contribute to an overall picture that helps to determine what happened in a particular situation. Sometimes, even when DNA evidence seems to indicate one individual as guilty of a crime, solid witness testimony can put this DNA evidence into question. It seems that for now, G-d continues to be the only one that can truly know the recesses of an individual’s heart.

It was said by an arguably very great Rabbi in history that “he who hath no sin should cast the first stone”. As far as I know, we still do not have a version of an MRI that can determine the state of sinfulness of an individual. But we have to have a working judicial system in order to function within the reality of our times. We have to rely on what we have in order to determine guilt versus innocence. And it seems that the great rabbis of the Talmud had a great deal to contribute to this discussion, even thousands of years after their passing.