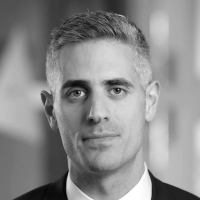 The Blogs
Avi Mayer
Managing Director of Public Affairs and Senior Spokesperson, American Jewish Committee (AJC)
Apply for a Blog
Advertisement
Please note that the posts on The Blogs are contributed by third parties. The opinions, facts and any media content in them are presented solely by the authors, and neither The Times of Israel nor its partners assume any responsibility for them. Please contact us in case of abuse. In case of abuse,
Report this post.

Two weeks ago, 16-month-old Yotam Sitbon and his young mother, Yael, were waiting at a crowded bus stop in Jerusalem when a Palestinian driver veered from his lane, drove onto the sidewalk, and rammed his car into the crowd. Yotam was flung from his stroller by the impact, landing in the street some distance away. His mother, Yael, was also wounded. Both were evacuated to a nearby hospital, where his condition was initially classified as “moderate.” Shortly after his arrival, though, his condition deteriorated, and he was immediately taken to another hospital for surgery. For several hours, doctors operated on Yotam’s leg, attempting to save it. Ultimately, however, they were forced to amputate it just below the knee.

This morning, I went to visit Yotam and his family at the hospital. I found a happy, sweet, playful boy tumbling around on a hospital bed. What remains of his leg is still bandaged; a long, thin tube connects it to a machine. His father, Binyamin, told us he had another operation yesterday in hopes of saving his knee.

Yotam will probably not remember the moment a stranger tried to kill him. He had just started taking his first steps. If all goes well, he will again learn to walk, and perhaps even run — this time with a prosthesis. His family, his community, and his nation will envelop him with love along the way.

Hours after the attack, his father spoke to the media. “He is my firstborn son,” he said. “I hope he starts smiling again.”

Binyamin Sitbon’s modest, heartfelt wish has come true. Yotam is smiling, and his beautiful, contagious smile lights up the room.

It’s not every day I learn life lessons from toddlers, but I did today.

May we all find the strength to pull ourselves out of that which has caused us pain over the past year, may we learn to overcome our handicaps and our losses, and may we all enter the new year with a smile.

Yotam
About the Author
Avi Mayer is the Managing Director of Public Affairs and Senior Spokesperson at the American Jewish Committee (AJC). He lives in Jerusalem. You can follow him on Twitter at http://twitter.com/AviMayer.
Comments