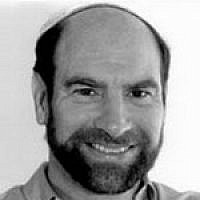 The Blogs
Levi Weiman-Kelman
Apply for a Blog
Advertisement
Please note that the posts on The Blogs are contributed by third parties. The opinions, facts and any media content in them are presented solely by the authors, and neither The Times of Israel nor its partners assume any responsibility for them. Please contact us in case of abuse. In case of abuse,
Report this post.

There are many victims in the continuing Palestinian-Israeli conflict. Besides the real life flesh and blood victims, there is also the erosion of cherished values. Today I am mourning the death of empathy. The political discourse in Israel (and elsewhere) has deteriorated into name calling and stereotyping.

The blanket use of the term “settlers” is a convenient way to paint all those who live over the Green Line with the same brush. This mirrors the right wing use of the term “leftists” as a broad brush to include a wide variety of positions. These generalizations make it easier to delegitimize opposing opinions. Some on the left are also guilty of using terms like “anti-democratic” or fascist” in the same way. This is self-defeating and misleading. It keeps us trapped in our current political paralysis. Using these stereotypes and generalizations denies the basic humanity of many individuals.

I believe that those who choose to live over the Green Line have acted irresponsibly, ignoring international law, and that they are being used by the government of Israel for political purposes. Much of the settler enterprise is systematically involved in human rights violations of Palestinians. This does not make them legitimate targets for Palestinians who resist the Occupation. To attack civilians in the West Bank is wrong, morally and tactically.

Many Israelis on the Left also tend to demonize the Settlers. They despise them for having hijacked the Israeli government and for draining enormous resources that could be used for housing and education in order to fulfill their messianic religious vision. They view them as orthodox extremists who hold the country hostage. Many extremist settlers act with impunity, attacking Palestinians and our own army. We recently saw an incident where soldiers tried to prevent the Border Police from arresting settler youth who attacked Palestinians.

All of this is true but it describes only a small portion of those who live over the Green Line. None of this justifies murdering even the most extreme settlers in their homes or as they wait for buses, just as we oppose the assassination of Palestinian extremists unless it is to prevent an immediate terror attack, when no other means is available. Most Israelis who live over the Green Line went looking for cheap housing and a better quality of life than they could afford in Israel proper. They made this decision with little regard for the Palestinians who are their neighbors or the hardships their lifestyle choices would impose on this population. Palestinian extremists also fail to recognize the humanity of these Israelis. They see them only as people who live on lands, some stolen from them and as representatives of the Occupation that disenfranchises them, denying them any real say in how their lives are conducted.

We Israelis are also guilty of dehumanizing Palestinians. While some of them do engage in acts of violence most do not. While some espouse a deep hatred of Israel and Israelis, some hate us as a reaction to living under military rule, and most just want to have the same quality of life as their Israeli neighbors, with access to housing, water and decent education, all the things the Occupation limits their access to. Most Israelis and Diaspora Jews choose to be indifferent to the unnecessary suffering caused by the Occupation. I say unnecessary because there are obvious security needs that Israel must address. But even recognizing those security needs does not excuse the many hardships and humiliations imposed on the Palestinians in the West Bank. If we lump all Palestinians together as terrorists it makes it easy to ignore the needless suffering we cause to innocent Palestinians.

Palestinian and Israelis mirror each other in so many ways. We are both committed to family values – family cohesion, doting on children, education, hospitality – these characterize Palestinian and Jewish culture. Yet, today we all remain trapped in a cycle of violence, unable to recognize the basic humanity of the other.

Most distressing is the pathological belief that if I cause you pain it will weaken your resolve, but when you cause me pain it strengthens my resolve. Despite all evidence to the contrary, Palestinians and Israelis actually believe that if I kill you, you will leave the country or if I destroy your home it will deter others from committing acts of terror. Many on both sides are unable to recognize that suffering hardens resolve.

Even though it has become a cliché it is no less true – the revolutionary Biblical idea that all people are created in the Divine image. This is the original call for empathy.

The Torah is filled with examples of empathy or the lack of it. God asks Cain, “Where is your brother Abel?” (The omniscient God certainly knows the answer.) Cain rhetorically answers “Am I my brother’s keeper?” The Torah clearly teaches us that the answer is yes. Besides our familial, tribal, communal and national loyalties, we are also all brothers and sisters. “Rachel cries for her children and will not be comforted” (Jeremiah 31.14) Hagar cries at the sight of the suffering of Ishmael” (Genesis 21.27).

It is time to hear the cries of all the grieving mothers in this troubled region. The medieval compendium Sefer Hasidim teaches whoever does not include the pain and humiliation of the other in their prayers, their prayers will not be answered. Only when Israelis and Palestinians, people on the left and the right empathize with all those who are suffering will our prayers for peace and security will be worthy of an answer.

About the Author
Rabbi Levi Weiman-Kelman is the President of Rabbis for Human Rights. He was ordained by the Jewish Theological Seminary. He is Rabbi Emeritus of Congregation Kol Haneshama, which he founded in 1985. The community is a center for progressive Jewish life in Jerusalem and, like Levi, has always been on the forefront of the struggle for religious pluralism and justice in Israel’s highly polarized society.
Comments