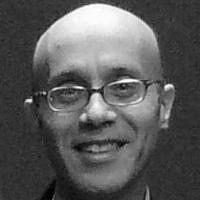 The Blogs
Gil Ribak
Apply for a Blog
Advertisement
Please note that the posts on The Blogs are contributed by third parties. The opinions, facts and any media content in them are presented solely by the authors, and neither The Times of Israel nor its partners assume any responsibility for them. Please contact us in case of abuse. In case of abuse,
Report this post.

Joshua Cohen is a well-known, award-winning American author, whose 2021 novel, The Netanyahus: An Account of a Minor and Ultimately Even Negligible Episode in the History of a Very Famous Family recently won the 2022 Pulitzer Prize for Fiction. A prolific writer, Cohen has often touched on Jewish topics, including in his previous novel, Moving Kings (2017).

It is the latter book, which features an interesting polarity between Cohen’s critique of the Israeli (mis)treatment of Palestinians, and his negative portrayal of Mizrachim as being the semi-Jewish (or even that they “weren’t Jewish”) version of Arabs, brimming with allegedly similar physical attributes such as a “unibrow” or a “neckbeard”. In “Moving Kings”, nearly all the characters are indeed “loathsome” as the New York Times reviewer, Zachary Lazar, aptly pointed out. Still, the Israelis come across as particularly offensive.

The book tells the story of David King (such offhand symbolism appears in other characters’ names), a moving business mogul in the Greater New York Area and the son of Holocaust survivors. King gives a job in his business, sans papers, to his Israeli cousin, an IDF veteran by the name of Yoav Matzav (which means situation/condition), who is later joined by a friend from his unit, Uri Dugri (the term for straightforward in spoken Hebrew, originally from Arabic). King employs the two not only to move furniture but also to evict homeowners who defaulted on their mortgages. Cohen draws parallels between the eviction of those people and what Yoav and Uri did to Palestinians in their military service in the West Bank and Gaza. As soldiers, if there was “A woman keening in the kitchen… you shut her up with the butt of your gun”, or “If they bumped into a Palestinian chair or desk or human intact, they could smash it” (pp. 108, 188 – page numbers are according to the Random House U.S. edition, 2017).

Below the surface of apparent indignation about Israeli treatment of the Palestinians, nevertheless, Cohen’s negative representation of Israelis is quite telling. Yoav’s father, Ilan, “resembled Arafat” with his “sparse facial hair”, while cursing Arabs as “Fucking Arabushim”, sitting “spraddled macho” atop a couch in his living room. King’s Holocaust survivor uncle, Sha’ul, says about Ilan (his own son-in-law), “Arab Jew, but he is more like Arab, not Jew”.

What seems a typical Ashkenazi-Israeli snub of Mizrachi Jews, however, turns out to be how the author sees Mizrachim: at one point, Cohen describes a group of fresh draftees to the IDF as “rowdy arsim – swaggering Mizrahim”, whose families came from, or were “tossed out” of, various Arab countries. Those ‘arsim’ “hated the Arabs, but in that special covetous way only a brother hates a brother”, as they actually “fought over who was the most Arab.” Uri can be seen as just another ‘ars, with his violent outbursts, “aviator sunglasses tangling with his unibrow”, and when he works out, his “compact apeface was drenched to the neckbeard”. As for Yoav, just after he arrives in New York, in the apartment King provided him, the young veteran uses the couch’s plastic slipcover both “as a blanket and napkin”.

It is not just the way Israelis look and behave, but their very essence: Cohen juxtaposes the figure of the diasporic wandering Jew and Israeli veterans, who travel across the world after the completion of their service. Yet he immediately shatters that comparison, since those soldiers “weren’t Jewish, or weren’t exclusively Jewish”, but rather “primarily, Israeli”. Then again, what can you expect of Israelis: Yoav’s mother (and King’s cousin), sent him an email after the September 11th terror attacks, where her grief was “tinged only slightly with the gloating suggestion” that now New Yorkers experienced what Israelis had to endure for decades. Even the Hebrew language sounds to King as “the speech of the beleaguered, the last exasperation before a spanking”. Israelis are Levantine, aggressive, militaristic, and rude, they resemble the Arabs in numerous ways, and are just “not Jewish”. (quotes are on pp. 45-46, 50, 100, 97, 86, 81, 52).

In an interview with Cohen published in Tablet Magazine, the interviewer mentioned, “Moving Kings doesn’t really have a politics”, to which Cohen replies, “Politics, schmolitics. Politics is so small, so tiny”. Nonetheless, the gap between his critique of Israeli soldiers’ abuse of Palestinians and his derogatory depiction of Israeli Mizrachi characters because they behave like Arabs, or being Arabs themselves, suggests something else: for Cohen, both Israeli Mizrachim and Arabs represent a darker-skinned, toxically machoistic, Middle Eastern ethnic “Other”. One wonders whether the literary establishment would have embraced Cohen had one of his novels include such disparaging description of another non-White population, whether in the American context or otherwise.

Cohen is hardly alone in his characterization of Israelis, something that could be seen in more comedic and friendlier examples, such as the You Don’t Mess with the Zohan and older Saturday Night Live skits, or the web-based television series, Transparent (2017, especially its fourth season), which is more equivalent to Cohen’s approach. Those examples show how cultural disdain toward Israelis has sometimes masqueraded as political criticism. Hence, Cohen’s “Politics, schmolitics” attitude may comprise a deeper hostility toward Levantines – Jews, Muslims, and Christians alike – than all of the pious verbiage about the Arab-Israeli conflict.

About the Author
Dr. Gil Ribak is an Associate Professor of Judaic Studies at the University of Arizona. Born and raised in Israel, Dr. Ribak served as an analyst in the Israeli Prime Minister's Office before earning a Fulbright Fellowship that sent him to pursue his doctoral studies in the U.S. In 2021-2022, he serves as the European Union's Marie Curie Senior Fellow at the Freiburg Institute for Advanced Studies in Freiburg, Germany. I am a scholar and public educator of Modern Jewish history, whose scholarship has always been interdisciplinary in nature, bringing together history, sociology, folklore, ethnic studies, and literature. My scholarly interests and expertise span various fields of Jewish history – American Jewish history, Eastern European Jewish history, and histories of Modern Israel.
Comments