Sometimes I find it enjoyable to read advice columns and try to predict the answer. I’d like to share a portion of a question that was published on Tuesday in the New York Times Magazine’s “The Ethicist,” and I invite you to listen and think about how you might respond.

“When my father died,” the questioner writes, “I inherited a large trust fund and sole ownership of a family business. I was young and woefully unprepared, so I put my inheritance on the back burner and lived my life as if I was financially “normal.” However, since the pandemic, my portfolio has hit a new high. I am utterly distraught. I feel that I should have never gotten so wealthy when people are suffering so much.”

The person goes on to ask how much money it is ethical to keep. 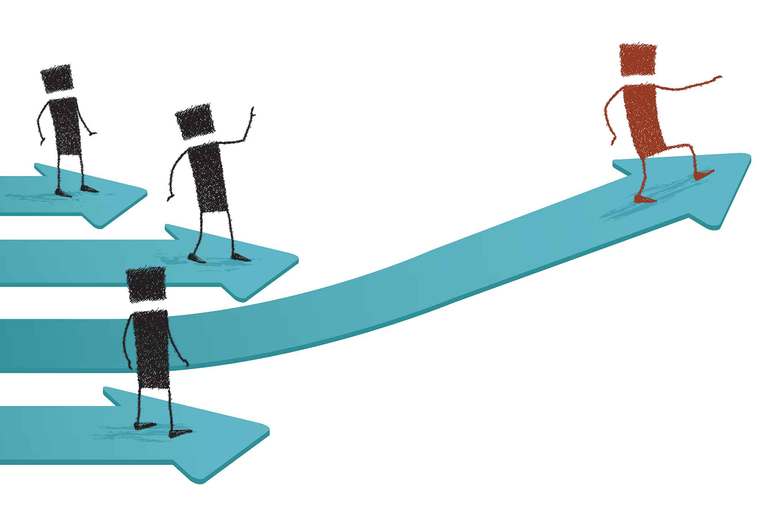 Many of us may find it challenging to empathize with someone whose distress literally comes from having more money than they know what to do with. But actually, there is something notable about this questioner, something positive which can’t be said of most people — this person knows how lucky they are, and they don’t attribute their good fortune to their own capabilities, or believe that they have earned it or deserved it.

Many of us in recent years have become familiar with the use of the word privilege to mean an advantage that a person or group may have that others don’t, by virtue of something that they don’t control. People may have privilege by virtue of being white, or male, or wealthy, or able-bodied, or conventionally attractive, or by any number of other features. These things help the person get ahead in ways that they didn’t “earn,” but which they don’t necessarily have control over. And most people have some things about them that give them privilege, and some things that don’t.

The person who wrote this question recognizes that they did not earn this wealth, and that this wealth allows them to do things that other people cannot. Many of us who have recognized the privileges that we have, whether because of our race, or our gender, or our sexual orientation, or our socioeconomic status, may still be coming to terms with what it means that we have privileges that so many other people do not. This person recognizes their privilege and feels guilty about it. But is guilt really the most productive way to respond to recognizing that one has privilege? 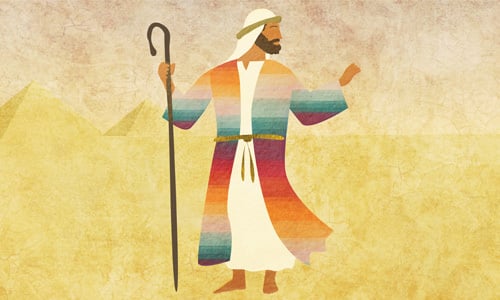 This morning we read about a person who had privilege, a person who at first, didn’t realize it, and acted in insensitive ways as a result. Joseph is a privileged person throughout his life, despite the fact that he does experience terrible suffering. Why do I say that Joseph is privileged? Well, everything comes easy to him. He is his father’s favorite, but most other people seem to like him as well, sometimes to his benefit, sometimes to his detriment — Potiphar, Potiphar’s wife, the jailkeeper, Pharaoh’s servants, Pharaoh. People seem to like him because he is physically attractive, very capable, smart, and has a special something — something that the narrator, and sometimes other characters, capture by saying that God is with him. He didn’t do anything to become so good-looking and intelligent, although according to a midrash, he was somewhat enamored of his own appearance, penciling his eyes and curling his hair.

At the start of his story, Joseph takes his advantages for granted, and is utterly unconcerned about the pain he causes to others. Rabbi Shai Held lists three sins of which Joseph is guilty. First he talks about his brothers, bringing דבה רעה, bad tidings, of them to his father. Rabbi Held suggests, based on other uses of that term, that these reports that Joseph brought to Jacob were likely false and malicious. Secondly, Joseph told his brothers and his father not only about his first dream that meant that they would all bow down to him, but about the second one — talk about being insensitive! And Joseph’s third offense is easy to miss but crucially important. When Joseph comes to find his brothers, a trip that takes some time and work, he wears the beautiful ornamental coat that his father gave him as a sign of his affection. Why would Joseph wear such a special garment on this type of trip, a trip during which it would be likely to be damaged? Biblical Scholar Joel Kaminsky speculates that Joseph may be intentionally flaunting this sign of their father’s love in front of his brothers. One can imagine how it must have felt to the brothers not only knowing that they were not their father’s favorite, but seeing the evidence of that paraded so blatantly in front of them. 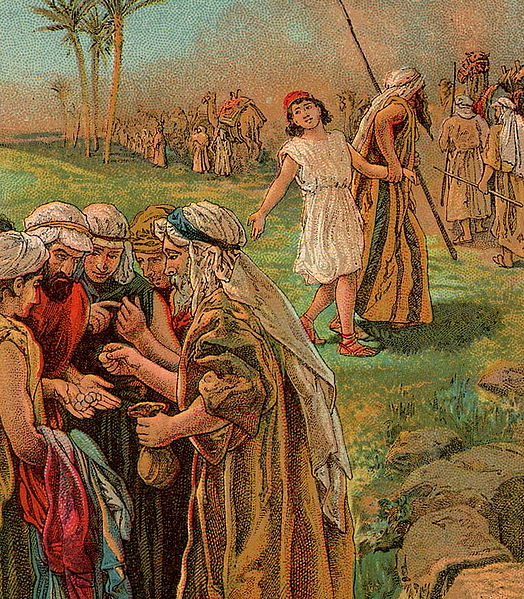 Joseph may be privileged, but the advantages that brought him had its limits. As a result of his provocations, Joseph’s brothers go too far, throwing him in a pit and selling him into slavery. Even there however, his advantages help him get ahead. Potiphar elevates him to a position of power in his ;household, and even after that goes badly, Joseph eventually rises even higher, to the second in command to Pharaoh.

So did Joseph remain spoiled, oblivious, and inconsiderate, or did his experiences teach him a lesson? Rabbi Held suggests that he did change, and that the change began in prison.

The first thing that changes in Joseph’s behavior is the way that he talks. Until now, we have seen him speak and ask thoughtlessly, even provocatively. But now, in jail, the time when one might think he would most want to talk up his own abilities in hopes of using them to get out of jail, something changes. When Pharaoh’s out-of-favor servants tell him that they have had distressing dreams, Joseph offers to help them, but he doesn’t credit himself with any special ability. Instead he says “Surely God can interpret! Tell me your dreams.” And later, when Pharaoh tells Joseph that he has heard that Joseph is a master dream interpreter, Joseph corrects him, saying “Not I! God will see to Pharaoh’s welfare.” For the first time, Joseph acknowledges that perhaps he should not take his gifts for granted. Credit is due elsewhere for the abilities and the qualities that he has benefitted from so far.

In the same way that the person above who wrote into the Ethicist recognized that they have privileges that they didn’t earn, Joseph too realizes and names the fact that his special ability was not earned.

Acknowledging one’s privilege, however, isn’t the only goal. Once we recognize the privileges we have, we have the opportunity to use them on behalf of others. Kaminsky writes that Joseph comes to realize that his gifts “are given to him so that he can be of use to others.” Joseph begins doing just that in jail, when he interprets the baker’s and the cupbearer’s dreams. He further uses his talents to help Pharaoh, and ultimately to prevent an entire region from starvation.

Now, I wouldn’t take this interpretation too far. After all, Joseph uses his power in unsavory ways too, when he plays psychological games with his brothers and when he uses the famine to turn the Egyptian people into serfs. However, the seed of recognition is there, and the outward focus on using his abilities to benefit others.

By the way, the ethicist wrote a sensitive response to the questioner that I quoted earlier. He tries to help the writer recognize that there is no reason to feel guilty for having this money, and encourages finding ways to donate some of the money to help others. He suggests that the effort it takes to do so need not be seen as a burden, but as an opportunity. He says:

“You say you feel distraught; let me urge another sentiment. “The reaction of my family and me to our extraordinary good fortune is not guilt,” (Warren) Buffett has said, “but rather gratitude.” You can free yourself from whatever part of your father’s legacy you find burdensome. But the time and thought it takes to make the necessary decisions should indeed be an expression not of guilt but of gratitude.”

You don’t have to be independently wealthy or amazing at interpreting dreams in order to have an unearned privilege that can be used to help others. Although we may be advantaged to different degrees, everyone has some amount of privilege, at least in some contexts. While Joseph needed to literally hit rock bottom in order to recognize the importance of using his unearned advantages to benefit, rather than harm others, let’s hope that the rest of us don’t need to go through such a painful experience in order to have that realization. On this Thanksgiving weekend, let’s notice what privileges we do have, and instead of guilt, let’s be thankful for the blessings we have. And then, let’s make sure that someone other than ourselves also gets to benefit from at least some of those blessings.