Anyway, in Israel 2017, it seems to me that the people keeping legalization down, the people making sure that we have to call up an ex-coworker from like 10 years ago to get overpriced green, the people who are directly responsible for the stupid, senseless policies regarding marijuana are the actual legislators. How stupid can they be if they don’t realize that legalizing marijuana and taxing it would create a huge windfall of revenue that could lower the cost of living, make housing affordable and reduce the amount of time and effort the police use to apprehend normal people that just want to get high after a long day? It’s enough to drive me insane. So, without further ado here is my list of the top 10 Israeli politicians that could really, really, really use a joint In no particular order:

1. MK Yitzchak Bujee Herzog. It’s not easy being a loser. Take it from me. As someone who lived with his mother-in-law for two years, I know a thing or two about being a loser. This week was especially difficult for Bujee, who was voted as the opposition’s worst leader in a survey conducted by the Knesset Channel. He had a whopping 7 percent approval rating, while Zahava Gal-On from Meretz got more than twice as much with 18%. I know the feeling, Bujee. I got like a 4% approval rating from my co-workers in a survey taken by the intern who makes us coffee and it hurt like hell. 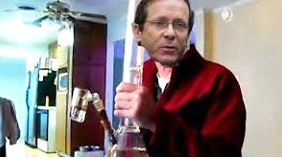 2. MK Sarah Netanyahu. OK, I get it, she’s not really a member of Knesset. But if anybody could get legalization through it would be Mrs. Netanyahu. Unfortunately she’s been a bit busy. First of all, she has that whole inconvenient “pink champagne” investigation which took her away from all of her duties as de facto Prime Minister. How can she be expected to stop the Iranians, Hamas, make sure justice Minister Shaked is humiliated in public AND abuse her domestic workers? Second, she had to suffer through the annual “Facebook Doppelganger” week in which the only celebrity she could find who resembled her was Miss Piggy from the Muppets. Someone please roll a fattie and let the lady get her smoke on.

3. MK Yair Lapid. The former Finance minister could have done so much for legalization had his nose not been stuck so far up the pharmaceutical companies ass. Thanks douche. Now he’s just another MK sitting in the opposition doing nothing, which is waaaay less exciting than sitting in the coalition doing nothing. His latest crusade involved calling the mayor of London to take down the BDS posters in the British train stations. Good for you Lapid, if only you could have brought down housing prices as quickly as you had those posters taken down, I could possibly afford a small apartment in Dimona instead of sharing a space with a woman who hates my guts… and her mother. 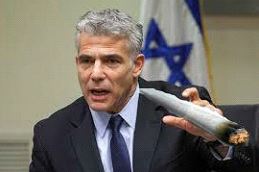 4. Ehud Olmert. Granted, he’s not actually a member of Knesset anymore, but the dude is in jail and if that isn’t a good time to spark a doobie than I don’t know what is. Okay, I’ll admit, everything I know about prison comes from watching “Oz” and “Orange is the New Black”, so based on those shows Mr. Olmert better not drop the soap. But seriously, based on this YNET article, it sounds more like a fucking cool AirBnB than a prison. “Cell Block 10 was recently renovated and was once used as a hostel.” He’s got a bathroom, a shower, a closet and a TV. He’s also got a room which functions as a synagogue, a room with sports equipment, a room where he can meet with his lawyers, a library, a social worker’s office and a clubhouse. Jesus fucking Christ man I live in Or Yehuda on the fourth floor (no elevator) with my mother-in-law who makes me go downstairs to smoke weed. 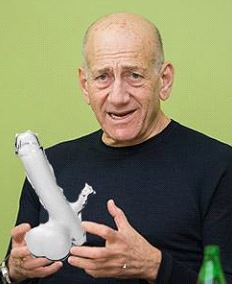 5. The First Lady, Benjamin Netanyahu. Regardless of how you feel about Miss Piggy… er, Sarah, you can surely empathize with her poor husband, who has to put up with her bullshit every day. As a married man I know a thing or two about putting up with the demands of a spouse. Getting free cigars, disrupting American politics, driving up housing costs and isolating Israel in the world must be iced-cream compared to living with that pink champgane drinking hell spawn banshee. If anybody could use a joint, it’s poor old Ben Nitay. BTW, congratulations on becoming a grandfather! That daughter from a previous marriage who your wife hides away like Chunk from the Goonies just had a baby. You, sir, deserve a big old joint! 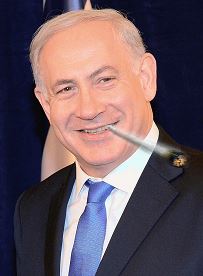 6. Ehud Barak. The former prime minister and army general must be really pissed off that no one, and I mean NO ONE has called him up to serve as defense minister, or head a party, or do anything really. That must suck. Just think of all that time you have to grow out your hipster beard and smoke joints by yourself in the luxury of your high-rise towers. 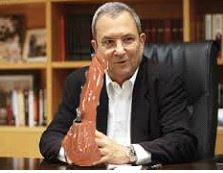 7. MK Oren Hazan. This one falls into the “stranger than fiction” category. A recent ruling from a court claimed that MK Hazan “took hard drugs” and “trafficked in women”. This same MK recently opposed a legalization bill. Seriously dude, wtf? Everybody knows that weed will help you kick that meth habit. 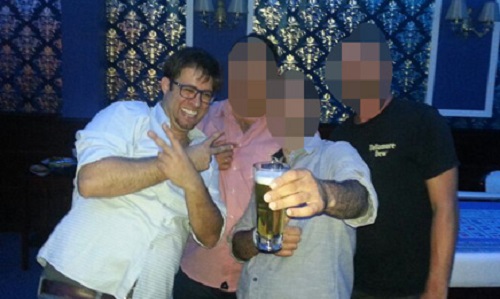 8. MK Nurit Koren (Likud) OK, so I had to Google her too. Now, I think internet shaming is awful and should be eradicated. There’s too much bullying online and that needs to stop but every once in a while an elected member of the Knesset says something so God Damn fucking stupid that you have no choice but to shame the fuck out of them. During a recent debate on legalization, MK Koren stated that “Parents who smoke weed will forget to feed their kids.” Oh STFU. When I get stoned the last thing in the world I forget to do is eat or feed my kids. As a matter of fact, that’s pretty much all I do when I get stoned: cook food. I think you could use a good joint and a good home cooked meal. Hit me up. 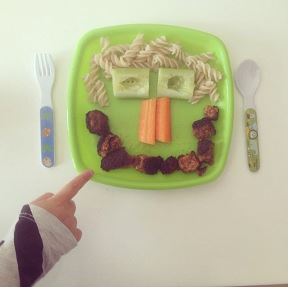 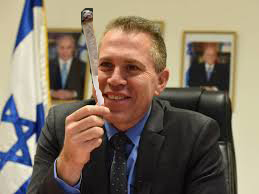 10. MK Haneen Zoabi (The Joint List):  First of all, I call shennanigns on her party name. The Joint List. If you’re gonna name your party The “Joint” List, you better hand out fucking joints at party rallies otherwise it’s false advertising. In the case of Haneen Zoabi, it’s really clear that she’s high af and hiding it. She joined the Gaza Flotilla and must have been like, this is the worst cruise ship I’ve ever been on. No Bahamas, no pool, no “all you can eat” buffet like at all the resorts in Antalya. Just me and a bunch of angry Turkish people on a ship going to Gaza. Second of all she’s always getting arrested for doing stupid shit in public.Third of all she’s constantly getting suspended from the Knesset. If that’s not stoner behaviour, I don’t know what is. 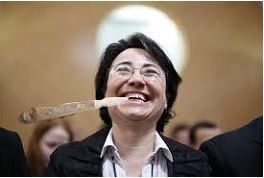 OK, I’ve reached the end of my rant. Please feel free to leave really hateful comments about how stupid I am or how stupid this article is. Or leave me a joint. That would be nice.

For more ridiculous musings come over to my house and get me high.