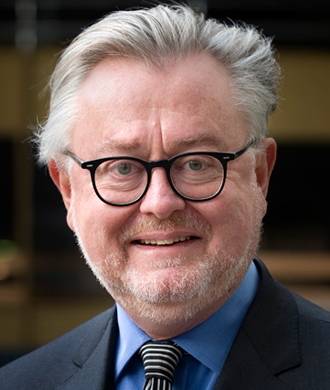 In September, I met in person with William Schabas, together with the other two members of his U.N. commission of inquiry on Gaza, and asked him to step down on account of his numerous prejudicial statements and actions that have created the appearance of bias.

Schabas insisted, however, that he had consulted with a “broad range of people” who confirmed his objectivity and impartiality.

Yet it is unclear who these people are, because several of the world’s leading international lawyers and human rights activists around the world have called for him to step down.

Despite expressing praise for Schabas as a “a distinguished and justly influential scholar,” Weiler writes in the European Journal of International Law blog that “it is hard for me to accept that his pronouncement on Netanyahu as being his favourite to be in the dock of the ICC – regardless of the context of the comment – is consistent with ensuring ‘the appearance of impartiality’.”

“That very question – whether there is evidence to indict Netanyahu for violation of international criminal law, might, directly or indirectly, be before the Commission.”

“In my view,” writes Weiler, “this is a self-evident case where an appearance of impartiality might be created. For the Commissioner, the UN Council, the Commission of Inquiry and William Schabas himself to dig in is, in my view, unwise and counterproductive. When the appearance of justice is compromised, so is justice itself.”

In a comment to Weiler’s post, Prof. Christina Cerna of Georgetown Law School, the Principal Human Rights Specialist at the Inter-American Commission on Human Rights, writes that Schabas was deliberately chosen because of his prior prejudicial statements, and states that the UN Human Rights Council, under the influence of the Arab and Islamic groups, seeks out partisan candidates.

In my view Israel has a unique status in the UN Human Rights Council. Impartiality is not a requirement sought by the Council for the appointment of experts when it comes to Israel. I was selected as the consensus candidate of the Consultative Committee for the post of UN Special Rapporteur on the Occupied Palestinian Territories earlier this year, but the Organization of Islamic Cooperation and the League of Arab States both officially opposed me, which killed my candidacy. They opposed me for “lack of expertise,” although my entire professional life has been involved with human rights, but because I had never said anything pro-Palestinian and consequently was not known to be “partial” enough to win their support. The candidate that they officially supported was considered to be partial in their favor. No other special procedures mandate is similarly biased. At the end of the day, neither I nor the OIC candidate was appointed, but the Indonesian diplomat, Makarim Wibisono, who was appointed, was considered sufficiently “pro-Palestinian” to be acceptable to the OIC. Consequently, I don’t think Bill Schabas could have been selected to lead the “independent” inquiry if he hadn’t made the comments he had made about Netanyahu.

Other top legal scholars and human rights activists who have called for Schabas to step down—authorities well known to Schabas because he cites them in his works, or because they are his faculty or law review colleagues—include:

I ask Schabas once again: Did he really consult with “a broad range” of people? Who are they? What did he ask them?