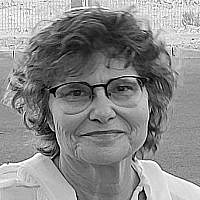 The Blogs
Sara Cohen
Apply for a Blog
Advertisement
Please note that the posts on The Blogs are contributed by third parties. The opinions, facts and any media content in them are presented solely by the authors, and neither The Times of Israel nor its partners assume any responsibility for them. Please contact us in case of abuse. In case of abuse,
Report this post. 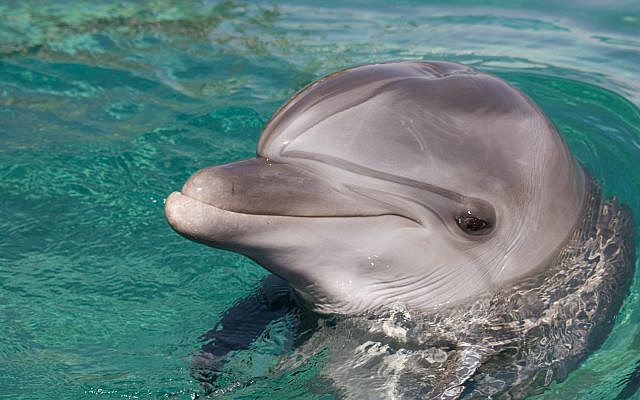 A dolphin at the Eilat dolphin reef (iStock)

A few years ago I conducted a bar and bat mitzvah ceremony for a brother and sister at the Dolphin Reef beach in Eilat, which boasts a stunning view of the Red Sea. The purple-red Edom Mountains rise up behind the water, framed by blue skies and playful dolphins leaping in and out of the sea. The Dolphin Reef’s natural beauty provides visitors with true nourishment for the soul, but in this case, it was not quite enough, as the Dolphin Reef management does not supply equipment suitable for a traditional Jewish prayer service, which we planned to hold that weekday morning. Thus I brought with me from my home synagogue all the necessary items: prayer books, yarmulkes, prayer shawls, and a Torah scroll. The service took place at the south end of the beach. The parking lot and the entrance to the beach are on the north side, and there is no way to get from one side to the other, other than walking on the beach itself.

I thus found myself traipsing with a Torah scroll down a hot, noisy, crowded Eilat beach replete with wet, sandy children running around with dripping ice creams; wet, sandy parents running after those same wet, sandy children; music blaring from Bluetooth speakers, balls and toys flying, as well as the Dolphin Reef’s menagerie, which roam about freely, and which includes peacocks, cats, and other assorted creatures.

Despite this seemingly odd spectacle, no one seemed to take much notice. People were enjoying the beach, the sea, and the beautiful day. There was, however a group of men in swimsuits, shirtless, wearing flip-flops or barefoot, who passed by me exactly on the route I was walking with the Torah scroll. Maybe they were on their way to shower, or to buy something at the store near the entrance. As they passed me, without missing a beat, and without so much as a glance in my direction, they all seemingly automatically, one after another, covered their heads with one of their hands, in a gesture creating a makeshift yarmulke, and with the other hand, kissed the Torah scroll as it passed by. As much a social convention as shaking hands: a Torah scroll passes by you, you kiss it. It doesn’t matter where that Torah scroll is: in the synagogue, on the street or even on a beach! See Torah scroll > kiss.

Cradling the Torah scroll, intent on keeping it intact on this busy beach, I plodded on. Only later, after the service, did I relive that surreal scene and think to myself, “Only in Israel.” Only here could I find myself in such a situation: walking down a crowded beach holding a Torah scroll as barefooted, shirtless men, enjoying a day at the beach, on their way to buy a drink at the snack bar, kiss a Torah scroll without even blinking.

Parading through a crowd of people with a Torah scroll is of course what we do in synagogue every time we remove the Torah from the ark to read its words. So as unusual as it was, the scene was also deeply familiar to me.

Years ago I served as a High Holiday cantor for an emerging community in South Africa that defined itself as “egalitarian Orthodox.” For most of those attending, it was the first time they had participated in an egalitarian service. My first year there, on the first day of Rosh Hashanah, I actually did not lead the part of the service where the Torah scroll is taken out and paraded around, rather I was standing among the congregation at that moment. The honor of holding the Torah scroll during the procession was given to a woman about 50 years old, an attorney and judge by profession. I recall that she wore a formal, professional suit: a blouse and a skirt, stockings, and pumps.

Until that moment, this 50-year-old woman – educated, smart, successful, and respected in her profession – would come to the synagogue on the High Holidays and sit in the women’s section behind the partition separating the men from the women. She had never before held a Torah scroll, she had never been offered a role of honor in the synagogue, and of course, she had never before been called up to bless or read from the Torah. As this woman paraded the Torah scroll around, she had an enormous smile on her face; she was absolutely radiating joy. When she got to where I was standing, as I put my hand out to kiss the Torah, she looked at me and exclaimed, “Isn’t this great??!!!!”

Good habits are the basis of a healthy life – eating healthfully, getting enough sleep, brushing our teeth, exercising, smiling at people, telling our loved ones that we love them before going to sleep – all of these are worth training our minds and our bodies to do daily. Habits work by triggers. A trigger – such as a Torah scroll passing by – leads us to an action: a kiss. No thought interferes with the action. But even if they’re healthy, desirable, and important, habits are by definition automatic; automation is the very nature of habit. Thus our habits, while enabling us to live stable and healthy lives, also allow us to wander through life in an automated state of half-sleep.

As we enter into the second stage of this holiday season, I ask myself how I can integrate the habitual with the miraculous. Perhaps this year I may occasionally manage to infuse my habits with a bit of wonder and gratitude, that I can figure out how to combine the automatic Torah-kissing of the beach guys with the wonder and joy of the first-time Torah carrier in Cape Town.

This year I hope that whatever I and those around me hold or kiss – whether it be a Torah scroll, our wet bathing suits, our children, our books, our cups of coffee, an onion before we peel it – I pray that our touches and our kisses are maintained out of habit, infused with love, and occasionally fill us with the wonder of the moment. 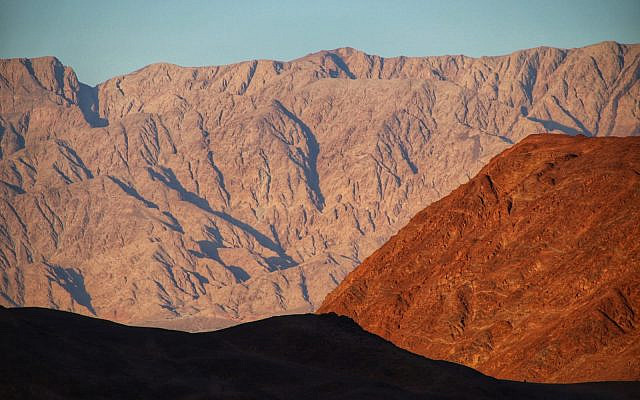 (Sara Cohen)
About the Author
Rabbi Sara Cohen is a member of Kibbutz Ketura where she has lived and worked since 1986. Sara was ordained by the Schechter Rabbinical Seminary in Jerusalem in 2017 and presently serves as a regional rabbi in the Eilot region in the southern Arava valley of Israel, making her the first Conservative Rabbi to receive government funding to serve as a municipal rabbi.
Related Topics
Related Posts