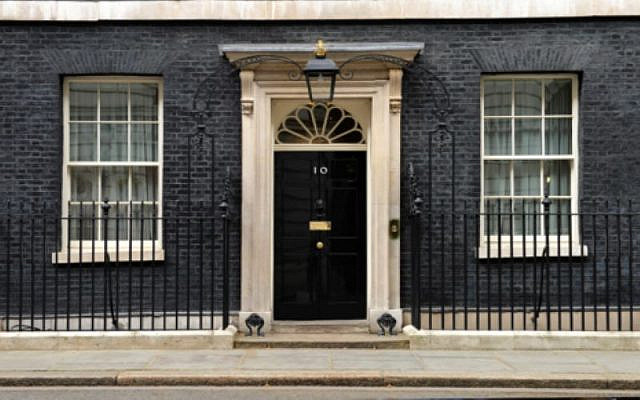 At this nadir, with the United States having abdicated its peacemaking role and the EU unable or perhaps unwilling to stand at the vanguard, the UK has the opportunity to show the Palestinians a path forward that will inspire diplomacy and counter calls for violence.

There are very disturbing signs that regardless of who wins the Tory leadership contest, the UK Government may take a harmful turn in its policy toward the Israel-Palestine conflict.  In a letter to the Conservative Friends of Israel (CFI), Foreign Secretary Liz Truss, the leading contender, promised to consider moving the UK Embassy from Tel Aviv to Jerusalem “to ensure we are operating on the strongest footing within Israel.”  Apparently, Truss thinks the ground in Tel Aviv is too shaky for building UK-Israel ties. Not to be outdone, her rival, MP Rishi Sunak, told a CFI audience that he saw “a very strong case” for moving the embassy and that there was no point in leading the country “if it’s going to be the same old.” Change, it would seem, is a higher value to Sunak than rightness.  And so, within a few short days of each other, the two candidates for the position of prime minister indicated that they are likely to reverse decades of British policy and deal the beleaguered Palestinian Authority yet another devastating blow.

It is worthwhile recalling that in 1980, after the Israeli Knesset passed the Basic Law: Jerusalem declaring the “complete and united” city the capital of Israel, the UK voted in favor of UN Security Council Resolution 478 which determined that the law “constitutes a violation of international law” and called on all states that have diplomatic missions in Jerusalem to withdraw them. Furthermore, when former President Donald Trump recognized Jerusalem as the capital of Israel and relocated the US Embassy, then Prime Minister Theresa May said that the UK adhered to its position that the status of Jerusalem should be determined in negotiations between the Israelis and the Palestinians.  The UK then joined 127 other countries in passing a UN General Assembly resolution condemning the US move, demanding that it be rescinded, and calling on all states to refrain from establishing diplomatic missions in Jerusalem.  The impact of a Tory leadership decision to abandon this longstanding UK policy could be disastrous.

Of course, the UK should not be held singularly responsible for the sorry state of the Israel-Palestine conflict and the absence of any inclination on anyone’s part to restart negotiations toward a peace agreement. Trump did immeasurable harm with his so-called peace plan, which redefined the two-state solution to mean a powerful State of Israel on territory that reaches far into the West Bank and a fragmented Palestinian ministate at the mercy of its Israeli overlord. President Biden has failed to reinstate the United States as an honest broker, demonstrating his bias during his recent visit to Israel by declaring himself a Zionist who has come home before the engines of Air Force One even had time to cool.

Left on the sidelines by the Abraham Accords, which put paid to the Arab Peace Initiative, and by the global threats posed by climate change and Iranian nuclear proliferation, the place the Palestinians were clinging to at the bottom of the international community’s agenda was relegated to a mere footnote with the Russian invasion of Ukraine. Israel’s appeal as a potential source of advanced weaponry is rising as Europe reassesses its military posture, while the West’s declining inclination to take action against human rights violations was painfully evident in Biden’s gas pump-driven fist bump with the crown prince of what he had called the “pariah” Saudi nation.

It is at this nadir, with the United States having abdicated its peacemaking role and the EU unable or perhaps unwilling to stand at the vanguard, that the UK has the opportunity to show the Palestinians a path forward that will inspire diplomacy and counter calls for violence. It could do so by recognizing the State of Palestine in accordance with the House of Commons vote of October 2014. To date, in response to that and subsequent debates on the subject, the UK Government has reiterated that it will support such a move “when it best serves the objective of peace” but has failed to identify such a moment. That moment is now, while the reality of one apartheid state from the river to the sea can still be forestalled

Unfortunately, it is looking like the next prime minister, be it Truss or Sunak, plans to respond to Israel’s ongoing settlement expansion, house demolitions, land confiscations, persecution of human rights defenders, detention of minors, and tolerance of settler violence with an embassy move that will signal acceptance of its illegal annexation of East Jerusalem, fortify its sense of impunity, and possibly snuff out the dimming flames of hope for a negotiated agreement.

Instead of weighing measures to hold Israel accountable for its defiance of international law, Truss told the CFI that she is looking forward to rewarding Israel through the advancement of closer trade ties.  Instead of condemning Israel’s perpetuation of the occupation for 55 years, Sunak told the CFI gathering “I completely understand the sentiment” of an audience member’s call for changing the reference to the Palestinian territories from “occupied” to “disputed.”  If this is the direction the Tory leadership will be taking, it does not augur well for the future of our troubled region.

About the Author
Susie Becher is Managing Editor of the Palestine-Israel Journal, a collaborative quarterly published in Jerusalem; is Communications Director of the Policy Working Group, a team of senior academics, former diplomats, human rights defenders, and media experts who advocate for an end to the occupation and a resolution of the Israeli-Palestinian conflict; and serves on the Steering Committee of Zulat, an activist think tank advocating for human rights and equality in Israel.