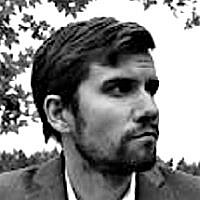 The Blogs
Adam Marks
Apply for a Blog
Please note that the posts on The Blogs are contributed by third parties. The opinions, facts and any media content in them are presented solely by the authors, and neither The Times of Israel nor its partners assume any responsibility for them. Please contact us in case of abuse. In case of abuse,
Report this post.

A few weeks ago there was a report that the video game Steam Platform was being used by neo-Nazis and Islamists to link up with each other and express anti-Semitism. According to the Campaign Against Anti-Semitism, over 11,000 Steam users have the account name Adolf Hitler, while a further 3,000 go by the name Osama Bin Laden. There are many thousands of other accounts which are “brazenly anti-Semitic,” the CAA added. The CAA found that “Islamists and neo-Nazis [are] even discussing what it might be like to kill Jews in real life.”

This type of collusion between the two groups seems strange as one would expect the neo-Nazis to hate anyone not like them, especially non-whites, but many have actually found a common cause with the Islamists, especially when it come to hating Jews. If politics makes for strange bedfellows, it seems hatred is circumsent.

This has been going on since shortly after 9/11 and was seen when white supremacists web sites like National Front, Combat 18 and White Nationalist Party were reproducing articles from the Islamist group Hizb-ut-Tahir.

When the Malaysian President, Mahathir Mohamad, announced in 2003 to a summit of Islamic leaders that “Jews rule the world through proxy” and “have others fight and die for them”, the White Nationalist Party urged members to phone the Malaysian embassy in London to express their support for him.

On the website of the white supremacist Aryan Nations, August Kreis posted a letter to offer his thanks to Islamic terrorists:

We as an organisation will also endeavour to aid all those who subvert, disrupt and are malignant in nature to our enemies. Therefore I offer my most sincere best wishes to those who wage holy Jihad against the infrastructure of the decadent, weak and Judaic-influenced societal infrastructure of the West. I send a message of thanks and well-wishes to the methods and works of groups on the Islamic front against the Jew such as Al-Qaeda and Sheik Usama Bin Ladin, Hamas, Islamic Jihad, Hezbollah and to all Jihadis worldwide who fight for the glory of the Khilafah and the downfall of the anti-life and anti-freedom system prevalent on this earth today.”

The same website has a quote on its main page from SS-Obergruppenführer (Lieutenant General) Gottlob Berger, “a link is created between Islam and National-Socialism on an open, honest basis. It will be directed in terms of blood and race from the North, and in the ideological-spiritual sphere from the East.”

In addition, Dr. Daveed Gartenstein-Ross senior fellow at Defence for Democracies and Al Qaeda expert, has brought to light several attempts by neo-Nazis to reach out to Islamists. His findings include a who’s who list of white supremacists including William Pierce, James Wickstrom, Ahmed Huber and William W. Baker.

An American neo-Nazi website ADLUSA says that the attempts by the ADL to have the Hezbollah official TV channel banned for being part of a terrorist organisation is a campaign of “smear, corruption and harassment”. On this website, there was also a plea directed towards Islamists: “Moslems, lay down your guns and join our mission to remove Jews from positions of power from which they persecute one people after another; killing Americans misled by Jews only incites endless wars.”

In 2006 it was reported that one of the former leaders of the neo-Nazi group Combat 18, had converted to Islam and was calling for Jihad agaisnt the West and the Jews. Although he subsequently changed his tune, and in 2012 left Islam, announcing that he now viewed Hitler as a man who “caused great suffering and whose actions and policies where dishonourable and immoral.” He has also denounced Holocaust denial and praised the victory of the Allies over Nazi Germany as a “moral necessity”. Nevertheless, the gateway transition that the far-right provided for him to convert to extremist Islam through common interests, is worthy of note and should be used as a warning of how others can and have done the same.

The neo-Nazi political party Jobbik in Hungary found a sympathetic ear with the Iranian regime in 2013 based on their hatred of Jews and Israel. Whilst just earlier this month it was reported that the neo-Nazi party in Germany has made strong ties with Assad and Hezbollah. They reportedly met with representatives of the Syrian Social Nationalist Party (SSNP) in Lebanon and representatives of the Bashar Assad regime in Syria.

This admiration is not just a one way street. There seems to be a reciprocation of support and understanding from some Islamist’s and this is not a new phenomena. As is well known, the Grand Mufti of Jerusalem Haj Amin al-Husseini, during second World War , went to visit Hitler and pledged to work with him to destroy the Jews and established Bosnian Muslim Wafen-SS units to fight for the Nazis.

The Arab Nationalists in the 1930’s modelled themselves on German fascism, as seen with the Ba’sthist movements in Syria and Iraq, in the way that the Arab world was to become one nation bound by military discipline and heroic individual sacrifice, a very fascist belief. In fact it was in the Middle East that many former Nazis, wanted for war crimes and crimes against humanity, found refuge after the second World War.

In more recent years, in 2010 the American Muslim Association of North America featured on its website a video by David Duke, the former KKK leader and now white supremacist. Another David Duke video, a conspiracy theory about “Zionist running dogs”, was found on the website belonging to Canadian Shia Muslims Organisation. An organisation that supposedly “supported multiculturalism” and “interfaith dialogue”.

One of the founders of the Muslim Public Affairs Committee, Asghar Bukhari, from the United Kingdom, supported the infamous Holocaust denier David Irving and raised funds from Islamists for Irving to defend himself.

The neo-Nazi William Baker has been invited by several Muslim groups in both America and Canada to talk to large crowds of Muslims. This includes groups such as Council on American–Islamic Relations (CAIR), Muslim Student Association of Western Michigan University, the Muslim Student Association at the University of Pennsylvania and several others.

This alliance is a seemingly strange one but when the principle of “the enemy of my enemy is my friend” is applied, their hatred for Jews binds them together. Not only that, but both wish to see the destruction of the current liberal democratic system in the West replaced with one of their utopia. With these two fanatical groups finding common ground it begs for closer scrutiny.

About the Author
Adam Marks is a freelance writer with an interest in the Arab and Islamic world.
Comments