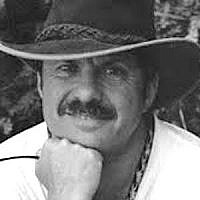 The Blogs
David Schoenfeld
fun,dynamic,energetic, licensed tour guide in Israel
Apply for a Blog
Advertisement
Please note that the posts on The Blogs are contributed by third parties. The opinions, facts and any media content in them are presented solely by the authors, and neither The Times of Israel nor its partners assume any responsibility for them. Please contact us in case of abuse. In case of abuse,
Report this post.

During the meetings and preparations for the Oslo Accords, a discussion took place between Prime Minister Yitzhak Rabin, MK Menachem Porush and Hannan Porat. Rabin was looking over the area of greater Bethlehem. From a security point of view, he was willing to give the Palestinians all the area of Bethlehem. Rabin, not having been raised with a religious perspective, did not see any value in holding on to the area of Kever Rachel/Rachel’s Tomb.

According to the stories in the press, when Porush and Porat heard this, they burst into Rabin’s office. “How could you give away Momma Rachel??” they cried. Rabin listened to their cries and was convinced to include Rachel’s Tomb as a part of Israel and not as a part of the Palestinian area of Bethlehem.

Judaism believes that the Torah is not a history book. It is a “book” or “Testament” with stories of people and occurrences which help us and guide us in our relationship with God. Yet, the stories in the Torah do convey locations that seem to correspond with the areas as we know them today.

The study of Biblical Archeology and Geography of Israel has grown tremendously. As a  licensed tour guide, I lead tourists today through many historical and biblical sites in Israel. My colleagues and I  show tourists where the tradition teaches that biblical stories are believed to have taken place. We have been shown these areas by archeologists, biblical scholars, religious leaders, and others. Many times the archeologist finds actual physical evidence of the area. Ruins of an ancient city,  mosaic floors, oil lamps, arrowheads, ancient stones and more all point to life and existence of peoples in an area. The archeology found, as well as the location and geography of the area, correspond to the location of the biblical story. Travelers throughout the centuries may have also mentioned visiting the various sites in their diaries. Thus it is pretty certain that the story told, took place there.

Judaism believes and teaches that Tradition was given to us at Mt Sinai along with the Written and Oral Torah. The Tradition was then handed down to Joshua, the Elders, the Prophets, and then to the leaders of the Great Assembly.  The Tradition continues.

That is the story of Rachel’s Tomb as told in this week’s Torah portion, Parshat Vayishlach.

The Parsha relates the story of Rachel giving birth to Binyamin (Gen.35:17). Rachel dies while giving birth to her son Binyamin, and is buried somewhere on the road to Bethlehem (Gen.35:20). Simply put, Rachel died in childbirth. It seems that Jacob did the practical thing. He buries Rachel at the side of the road and marks the spot with a Pillar (or perhaps with stones).

The story could have ended there. But questions remain. Why didn’t Jacob give Rachel a proper burial? Why was she buried at the side of a road? Where is her burial spot?

The Torah does not state where the exact burial spot is. “And Jacob marks the spot where she was buried, and that is the same spot as we know it today”(35:20).

Why does the Torah state (35:20) this? Why is this so important? Could it be that Jacob was unable to move her after she died? Could he have taken her into the city of Bethlehem and buried her there? Perhaps there were restrictions on burying a stranger in the city. Jacob was a traveler. It seems he was just passing thru the area on his way to Kiryat Area/Hebron to visit his father Yitzhak (Gen 35:27). The family plot was in Hebron, the Cave of the Machpela. Why didn’t he take her for burial to the family plot, in the Cave of the Machpela? Perhaps it was too difficult to carry her remains all the way to Hebron.

The Ramban (Nachmanides) discusses this at length. He cites the verses from the Torah. Verse 35:19 states that she is buried on the way to Efrata/Bethlehem. Verse 16 tells us that Efrata/Bethlehem is only a “certain distance ” (perhaps a “short distance”) from Bethlehem. Where is this burial spot?  How far is this distance from Bet El to Efrata?? The Rambam first thought that the “certain distance” was a type of measurement. He surmised that this was a measure of how long it would take a person to walk from “morning till he ate a meal”. Apparently, this was quite a distance. However, the Ramban states that when he came to Israel, he was “shown” the site of Rachels grave near Bethlehem. When he saw the marker, he now had a problem. He now realized and saw that this “certain distance” was actually very short. Much shorter than the distance between a person walking “morning till he ate his meal”. So he needed to change his explanation of the distance.

The Ramban refers to another verse in Jeremiah(31:14). In which it states that a voice is heard in Ramah. Rachel is crying for her sons..and she cries in the area known as Ramah. But Ramah and the area of the  Efraim mountains are at least a 2 days’ ride from Bethlehem/Efrata. Now that he had seen the marker where Rachel was buried, what to do about the verse in Jeremiah?

The Ramban now explained that Rachel was not crying in Ramah. Instead, her cry was “heard” in Ramah. Rachel cried from her grave located a very short distance from Bethlehem, and her cry was heard in Ramah. He sees this cry as a metaphor. As if to say that Rachel cried out so loud as her cry could be heard from her gravesite close to Efrata/Bethlehem all the way to the mountain tops and borders of the Binyamin region.

Ramban also states that as Bethlehem/Efrata was to be located in the area of Judea, Jacob did not wish to bury her there. Rather, he buried her at the side of the road, along the border between Judah and Binyamin regions. According to the Ramban, Rachel’s  burial site is actually on the road that leads from Efrata/Bethlehem to Bet El, in the Binyamin region. As does Route 60 today!

Other commentaries on the verse in Jeremiah,  teach us that the reason Rachel was buried in this spot near Efrata/Bethlehem was so that as the Jews were taken into Exile, they would pass by her grave. She would then rise up to God and pray for our safe and swift return.

There are many instances in which the Torah does not give us all the details. We are not always told the entire story. Sometimes we are told just enough to stress the importance of what occurred.

The answer to all these questions is..Tradition!

The Tradition that has been handed down from generation to generation.The generations of Rabbis of the Talmud, scholars, commentaries, teachers, etc help us to find and understand the rest of the story.

It’s the Tradition that has kept Judaism alive throughout the centuries. Archeology and Biblical geography can point us in the right direction.

But when they can’t..we look to the Torah and the Tradition that we follow for the answers.

About the Author
Owner and chief Guide of Dave's Dynamic Tours of Israel. Originally from Los Angeles. New Oleh since 1992.Licensed by the Israel Ministry of Tourism. Focus on Family & Private Tours.Expert in showing Israel to people of all ages; young ,old, and young at heart, body, and soul. High on Touring!
Related Topics
Related Posts
Comments