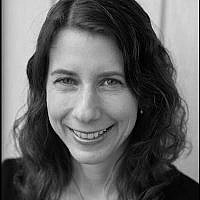 The Blogs
Esther Jilovsky
Aussie | Student Rabbi | Writer
Apply for a Blog
Advertisement
Please note that the posts on The Blogs are contributed by third parties. The opinions, facts and any media content in them are presented solely by the authors, and neither The Times of Israel nor its partners assume any responsibility for them. Please contact us in case of abuse. In case of abuse,
Report this post.

Waleed on the Christchurch Terrorist Attacks

“You’ll have to forgive me, these won’t be my best words...”On this heartbreaking day, Waleed reflects and calls for unity______________Update: Scott Morrison's office has contacted The Project to deny the 2011 report on comments he has alleged to have made within a shadow cabinet meeting

Late on Thursday night, California time, the posts started appearing on Facebook. A shooting. At mosques. In Christchurch, New Zealand, the country where I had spent four very happy childhood years. At first the news spoke of multiple causalities, some injured. Then the numbers grew to 27. And on Friday morning, we woke to the horrifying news of 49 dead, a number that has now increased to 50. 50 people. 50 souls. 50 Muslims. 50 New Zealanders. ‘Christchurch was the home of these victims,’ shared Prime Minister Jacinda Ardern, who donned a hijab as she visited the Muslim community in the days following the shooting. ‘For many, this may not have been the place they were born.… It was a place that many came to for its safety. A place where they were free to practice their culture and their religion.’ New Zealand, a friendly, beautiful string of islands deep in the South Pacific, a proudly tolerant and multicultural nation, a wonderful place to grow up and to raise a family.

Suddenly, all that has changed. The global rise of violent hatred against Muslims has reached New Zealand’s shores with a vengeance. As New Zealanders mourn those who were killed, bury the dead, and comfort the living, the rest of the world reacted with shock and solidarity. Jewish organisations across the world issued statements of support, including the World Union for Progressive Judaism, North America’s Union for Reform Judaism, the Jewish Agency for Israel and the Asia-Pacific region’s Union for Progressive Judaism. Many of these statements included the sentiment that ‘we [Jews] stand with our Muslim brothers and sisters’. That we unequivocally support the Muslim community, for we know all too well what it is like to be persecuted and killed because of our religion.

As a Jewish Australian living in the United States, I noticed that the responses of non-Jewish Australians struck a different tone. ‘Australia stands in solidarity and sorrow with the people of New Zealand following the horrific attacks and the dreadful, tragic, senseless loss of life we saw yesterday’, said Senator Penny Wong. ‘To New Zealand, we regard you as family and today your Australian family grieves with you.’ Many Facebook posts referred to ‘standing with our Kiwi cousins’, and included a touching cartoon of a koala with its arm around a kiwi. For Australians, this attack just across the Tasman Sea – fondly referred to as ‘the ditch’ – hit close to home. The country we often lovingly tease and compete with ruthlessly is hurting, and in this moment, we put the jest and sibling rivalry aside, expressing not just love and solidarity, but that New Zealand’s grief is felt by Australia too.

Both these responses to the massacre at mosques in Christchurch are heartfelt and valid. Yet, I wonder what it would be like if we reach beyond our own perspectives and feelings of affinity. Christchurch is a city that has already been through so much. On 22nd February 2011, Christchurch was struck by a magnitude 6.3 earthquake, killing 185 people and destroying large swathes of the city. ChristChurch Cathedral, a glorious work of Gothic revival which began construction in 1864, was irrevocably damaged, its 63-metre-high spire completely destroyed. The remains of ChristChurch Cathedral sit just a few kilometres away from Al Noor Mosque, on the other side of Hagley Park. Two houses of worship, places built for calm and reflective prayer, for escaping the horrors of the world around us, destroyed by forces we could not control.

In a video viewed over 9 million times on Facebook, Waleed Aly, a host of Australian news and current affairs show The Project, shared: ‘I know how quiet, how still, how introspective those people would have been before they were suddenly gunned down. How separated from the world they would have felt before the world came in and tore their lives apart.’ Murdering people in their place of worship, in a place of community, holiness and safety, destroys not only countless lives, but the illusion of our holy places as a safe haven. We now have two more sacred spaces turned into sites of tragedy, Al Noor Mosque and Linwood Mosque, eerily reminiscent of the massacres at the Tree of Life Synagogue in Pittsburgh less than six months ago, and the Emanuel African Methodist Episcopal Church in Charleston, South Carolina in 2015.

On Friday night, synagogues across New Zealand remained closed, for the first time ever, in solidarity with New Zealand’s Muslims. In Australia, Prime Minister Scott Morrison requested that flags be flown at half-mast out of respect for the tragedy in New Zealand. Across the world, people laid flowers at mosques, showing solidarity by literally standing with their Muslim brothers and sisters.

This morning, I listened to the words of New Zealand’s national anthem, words I had not heard or sung since I was a child. I was struck by the words’ prayer-like nature both in English and in Maori. The simple and powerful refrain ‘God defend New Zealand’, the Maori version which translates ‘God of nations’ as ‘God of all people’, and the request that ‘God defend our free land. From dissension, envy, hate’. The very essence and uniqueness of what it means to be a Kiwi. For however those of us outside this tragedy show solidarity, whether as Jews or Muslims, Australians or Americans, we know that it could have been us. Yet it wasn’t.

Let us support New Zealand as a friend, as a cousin, as a sibling. As Prime Minister Ardern said, ‘we represent diversity, kindness, compassion, a home for those who share our values, refuge for those who need it… We are a proud nation of more than 200 ethnicities, 160 languages. And amongst that diversity we share common values.’ Let us listen to New Zealanders, all New Zealanders – Maori and Pakeha, Muslim and Jewish, Christian and atheist – and walk with them all in their grief. Their grief for the dead, for the traumatised living, and for their country that will never be the same.

About the Author
Dr Esther Jilovsky is a rabbinical student at Hebrew Union College in Los Angeles. A native of Melbourne, Australia, she comes to the rabbinate with a PhD from the University of London and a Masters in Jewish Studies from the University of Oxford. A granddaughter of Holocaust survivors, she is the author of Remembering the Holocaust: Generations, Witnessing and Place and co-editor of In the Shadows of Memory: The Holocaust and the Third Generation.
Related Topics
Related Posts
Comments