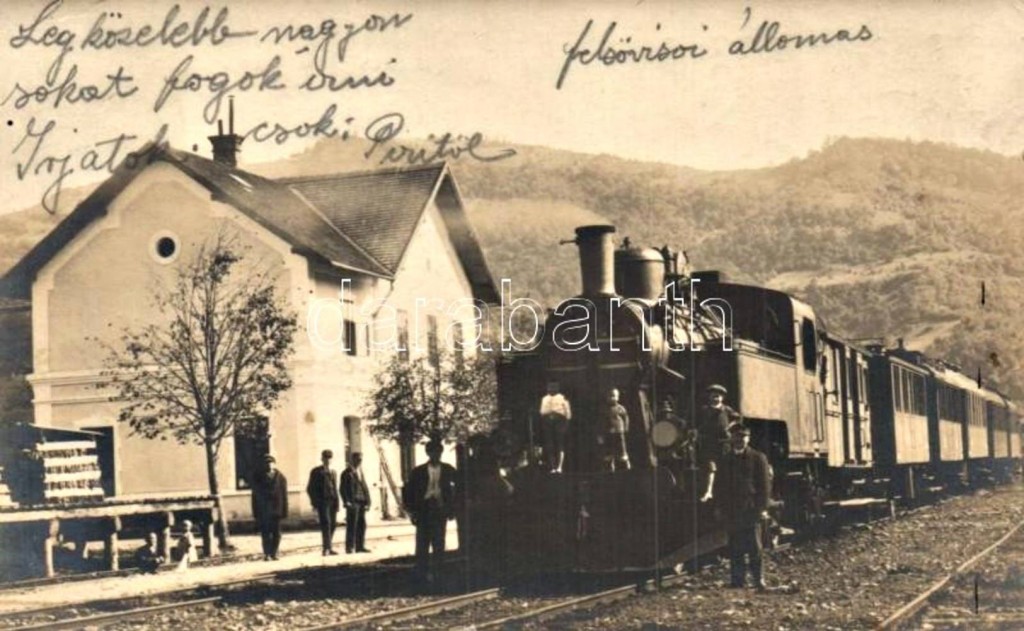 My mother, her parents and sister (and thousands of other northern Romanian Jews) probably boarded at this train station.

My family were deported from their hometown of Ruscova to Viseul de Sus on Passover, 1944 (about April 8). Seven weeks later, on Shavuot 1944 (about May 28) they were sent to Auschwitz.

As time goes by, more information, including photographs, has become available on the Internet. The things our survivor parents forgot or suppressed, that were left to our childish imaginings, are now visible.

Our parents couldn’t or in an effort to protect us, wouldn’t tell us.

We never heard about the undulating hills, the streams and rivers, the isolation of the villages of Maramures.

Here, in the photograph, the locomotive and cars wait at the station.

In late spring 1944, the Germans, despite the the evidence that they would lose the war (D-Day, the Allied invasion of Europe took place on June 6, 1944) forced the remaining Romanian and Hungarian Jews into ghettos and death camp bound cattle cars.