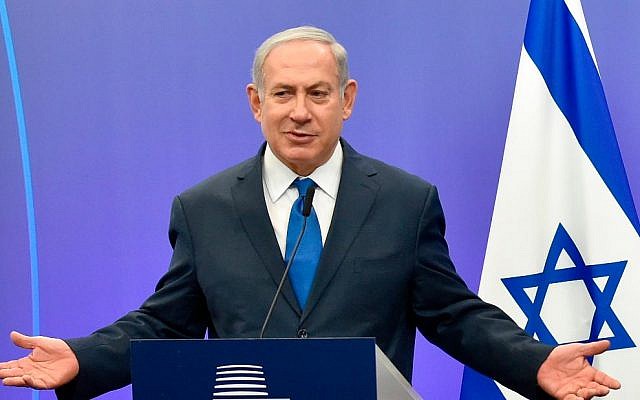 I am shocked by the filth that recently reportedly has emerged from the mouths of spokespersons for our high-salaried MKs on the left side of the aisle.

Let’s say I’m a left-wing Israeli and I want to vote for a party that carries my ideas and is represented by honest and decent people. I don’t know one. No wonder hardly anyone votes for these parties.

But I prefer to think that these people are not dishonest and rude. Rather, they might be upright but don’t know a better way to talk. Let’s give them the benefit of the doubt and teach them how to speak.

(I suspect one of them to be very dishonest but we’ll ignore that for now. Especially because people are not the problem; a culture of verbal abuse is.)

Maybe, the Knesset could “reward” use of the old wrong words with financial penalties and for limited times, blocking them from debates.

NEW: I understand that Netanyahu needs to give in to the haredim because they are part of his coalition like they in turn also give in on other points confirm the coalition agreement. Though I hate that they have a voice in Israeli politics and I don’t. I wish we could put me in charge.

NEW: Also our Prime Minister has the full right, like every citizen, to dispute accusations of him having violated the law, as long as he’s not convicted. If I were him, I wouldn’t even step down when an indictment is filed. In fact, it would be better if he wouldn’t, because otherwise, real suspicions might not have their day in court because mere suspicions might be insufficient to topple a government.

NEW: It is a serious accusation when the Prime minister says that the police tries to have him go to trial on a ploy. We hope for the country that both are not true – there was no twisting by the police and there was no criminal act by the PM – that it’s all a misunderstanding or simple difference of opinion. Until he’s convicted, he must be held as innocent and he’s entitled to defend himself in public against accusations made in public.

NEW: If I were in the shoes, I would also complain about the constant slandering that he receives in the press. His volume of defense is rather very modest compared to how much and how viciously he’s attacked around the clock. But even if he were oversensitive to criticism, he’s entitled to his sensitivities and those have nothing to do with the things he should be judged for: his plans, policies and actions. When he says that the police is not fair, he longs for the same thing as all of us: a fair police.

NEW: As a member of the opposition, I’m frustrated that for so many years, no election was able to remove him from office. But integrity demands that I admit that so far he’s not convicted – not even indicted – and so he is as innocent as everyone else. We hope that he will fall because the public wants a change in the rule of our country, not because our PM will be convicted of a crime unrelated to a judgment about his policies.

NEW: This whole investigation is, of course, unpleasant but I am proud that in Israel no one is above the law. Let’s all hope that the PM comes out clean.

As Rabbi Vorst (Amstelveen, the Netherlands) says: When one points a finger at someone, most likely three fingers are pointing at himself and his thumb accuses Heaven – something to think about. All accusations, in the end, just backfire, as this poll shows clearly.

If you want to win, stop pointing fingers towards others. 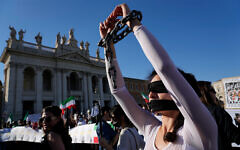 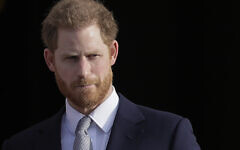