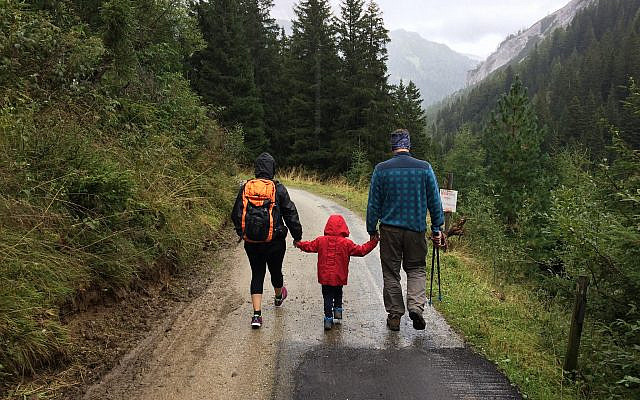 Photo by Alberto Casetta on Unsplash.

In the Torah portion of Vayishlach, Jacob’s family is referred to as a machaneh (Gen. 32:9, 33:8) and bayit (Gen. 35:2), but, of course, the common Hebrew word for “family” is mishpachah, and the Biblical term for a “relative” is she’er (Lev. 18:6). In this essay we will discuss these various words for “family” by tracing their etymologies and seeking out their core roots to better understand exactly what they mean. We will also discuss the Hebrew word pamalia and discover interesting connections to English.

The grammarians unanimously trace the word machaneh to the root that means “dwelling” or “stopping over.” According to triliteralists like Ibn Chayyuj, Ibn Janach, and Radak, that root is CHET-NUN-HEY, while according to biliteralists like Menachen Ibn Saruk, that root is simply CHET-NUN. As a biliteralist, Rabbi Shlomo Pappenheim of Breslau (1740-1814) also traces the word machaneh to the two-letter root CHET-NUN (and elsewhere to the monoliteral CHET), explaining its core meaning as the opposite of being in transit or travelling. Rabbi Samson Raphael Hirsch (to Gen. 1:32 32:3) explains that Jacob’s family is called a machaneh because it is comprised of a group of people that temporary “settled” in one spot en route to their final destination. Thus, the word machaneh is more accurately translated as “camp” rather than “family,” and in most contexts in the Bible the word machaneh has a military connotation. The Biblical Hebrew word machaneh cognates with such Modern Hebrew terms as tachanah (“bus stop”), chanayah (“parking lot”), and chanut (“shop/store”).

The most basic meaning of the word bayit is “house.” But sometimes, the word bayit means “family.” For example, the Torah commands that when eating Maaser Sheini foodstuff in Jerusalem, “You and your bayit shall rejoice” (Deut. 14:26). As Radak explains in Sefer HaShorashim, in this case bayit refers to the members of one’s household, not to the literal edifice in which they live. The connection between “house” and “family” seems relatively intuitive, given that the members of a nuclear family typically live in one joint house (see also Rashi to Gen. 45:2 and 42:19).

Interestingly, when discussing this verse, Ibn Janach writes that bayit refers specifically to one’s wife. This is in line with the Tannaic Sage Rabbi Yose (Gittin 52a), who said about himself that he never called his wife ishti (“my wife”), rather he always called her bayti (“my house”). Rashi explains that in using this appellation, Rabbi Yose recognized his wife’s role as the mainstay of the house. Alternatively, perhaps Rabbi Yose referred to his wife as bayti because she modestly tended to remain ensconced within the confines of her home. The very word bayit may evoke this latter idea because Rabbi Pappenheim traces the word to the monoliteral root BET (“inside”), and indeed, the word bayit itself also means “inside” (Gen. 6:14, Ex. 25:11, 37:2, I Kings 7:9), just like the functional prefix BET does.

According to Menachem Ibn Saruk, the Hebrew word she’er bears three distinct meanings: “remnant,” “food,” and “flesh.” Radak actually understands the “food” and “flesh” meanings of she’er to be related. He seemingly understands the commonality between them to be “meat,” which serves as a staple food and also denotes fleshiness. This is similar to the Hebrew word lechem, which has the general meaning of “food,” but also means “meat.” The word she’er in the sense of “familial relative” is derived from the “flesh” meaning of the word, presumably because siblings and cousins share a common fleshy source in their common genealogical ancestor. Such usage is reminiscent of Adam’s remark upon the creation of Eve: “This time, bone from my bones and flesh from my flesh…” (Gen. 2:23). In English too, we might refer to our kin as our “flesh and blood.” Interestingly, when the Torah obligates a man to provide his wife with she’er (Ex. 21:10), the Rabbis (Ketuvot 47b) disagree over whether this refers to “food” or conjugal intimacy (“flesh”) — both of which are legitimate meanings of the word.

Like the word bayit, she’er also refers specifically to one’s spouse. This may be because of the sacred bond of flesh that exists between man and wife. In fact, this more specific meaning of the word she’er serves as the source for the halacha that a man inherits his deceased wife’s property (Bava Batra 109b in explaining Num. 27:11) and that a Kohen may/must become impure to attend to his deceased wife (Yevamot 22b in explaining Lev. 21:2).

Rabbi Pappenheim reduces the word she’er to its two-letter core SHIN-REISH, which refers to a “focal point.” He collapses all the meanings of she’er into that main idea by noting that “food” is one of the foundations on which life hinges, and “relatives” can be traced to one common foundational forebearer. 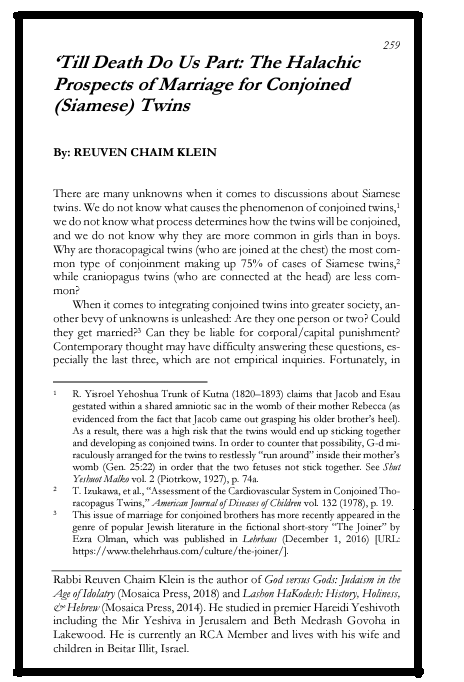 We now turn to the most popular Hebrew word for “family” — mishpachah. Ibn Saruk, Ibn Janach, and Radak all trace this word to the triliteral root SHIN-PEH-CHET, but divide the core meaning of that root in twain: “maidservant” (like shifcha) and “family/clan/tribe” (like mishpachah). Thus, they understand that while both of these terms are derived from the same root, their meanings are not interconnected.

On the other hand, when Rabbi Yehudah Aryeh of Carpentras (an 18th century grammarian and Dayan) in Ohalei Yehuda traces the word mishpachah to the triliteral root SIN/SAMECH-PEH-CHET, he understands the other words derived from that root to be thematically related to mishpachah. In his estimation, the core meaning of this three-letter root is “attachment.” He explains that a “family” is a group of people who share a common genealogy and are thereby “attached” to each other. In a similar vein, he explains the word shifcha (“maidservant”) as referring to a female slave, who is “attached” to her mistress in the sense that she is supposed to attend to the household needs. This basic approach to the word mishpachah is also adopted by HaKtav V’Ha’Kabbalah (to Gen. 24:38) and Rabbi Samson Raphael Hirsch (to Lev. 25:5). Similarly, Rabbi Aharon Marcus (1843-1916) and Rabbi Zev Hoberman (1930-2012) explain that the root SHIN/SIN/SAMECH-PEH-CHET specifically refers to an extra appendage “attached” to something else. For instance, sapachat (Lev. 13:2) — a form of leprosy — is derived from this root. According to this approach, a mishpachah is called so because the children of the family’s patriarch are like secondary “appendages” attached or ascribed to the family patriarch. Similarly, a shifcha is like an adjunct attached to the otherwise complete household faculty.

The Oxford English Dictionary traces the word English family to the Latin famulus (“servant”), which was later expanded to refer to a group of servants that constituted a “household,” and eventually to any sort of entourage or retinue of troops or people. By the time English borrowed the word from French, it referred to any group of persons connected by blood or affinity. The English word familiar in the sense of “intimate” or “close relationship” also ultimately derives from this same Latin word. The actual Latin word for “family” was domus, which literally means, “house.” It is the etymological ancestor of such English words domicile, domestic, domain and domination.

Comparing the words for “family” in other languages to those in Hebrew brings us to an interesting point, because we see certain parallels in the literal meanings of some of these words. For example, the Hebrew mishpachah and the English family are both related to the concept of “servant.” The English word family whose etymology lies with a word that connotes a “group of troops” thus also resembles machaneh, which likewise has a military connotation. Similarly, the Latin domus and the Hebrew bayit both refer to “family,” but their core semantic meaning relates to “house/home.”

The word pamalia appears in several different places in the Talmud. Here is a sampling of those appearances:

There are numerous theories as to the etymology of the word pamalia. Rabbi Gedaliah Lipschutz (1756-1826) writes in his work Regel Yesharah (to Derech Eretz Zuta, ch. 4) that the word pamalia is not of foreign origin, but serves as an abbreviation of the Hebrew phrase po maliyata — “here is great esteem.” However, the late Rabbi Eliezer Herstik objects to this, writing that he fails to understand how this clarifies the word’s meaning. Maimonides actually writes in his Guide for the Perplexed (2:6) that pamalia is the Greek word for “camp”. (In standard editions of Maimonides’ work, this term is translated into Hebrew as machane, but the Kapach edition reads tzava). Sefer HaAruch similarly defines pamalia as a “group of soldiers.” 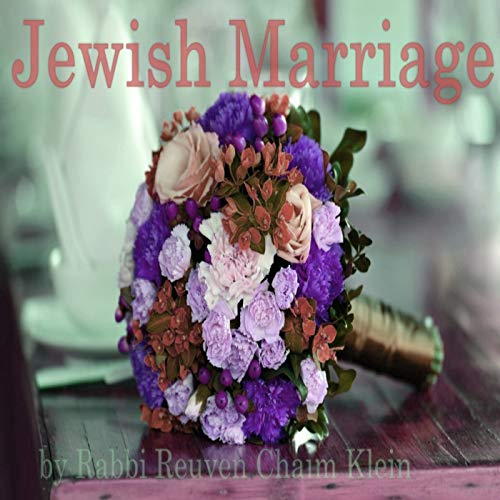 However, Rabbi Eliyahu HaBachur (1469-1549) in Sefer Tishbi explains that pamalia should be pronounced with an initial FEH instead of a PEH, as well as with a chirik underneath the MEM (instead of a PATACH). Based on this reading, he identifies the rabbinic Hebrew word pamalia with the Latin word familia (see below). Indeed, Alexander Kohut (1842-1894) bolsters this connection by noting that in the Jerusalem Talmud, the word is spelled with a YOD between the letters MEM and LAMMED.

Based on what we have seen earlier, this explanation does not preclude those proffered by Maimonides and Sefer HaAruch, because “camp” and “group of soldiers” also fall within the semantic range of meanings implied by the Latin word familia.