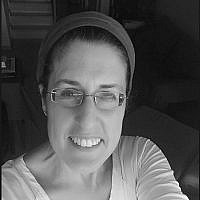 The Blogs
Ilana Goldstein Saks
Apply for a Blog
Please note that the posts on The Blogs are contributed by third parties. The opinions, facts and any media content in them are presented solely by the authors, and neither The Times of Israel nor its partners assume any responsibility for them. Please contact us in case of abuse. In case of abuse,
Report this post. 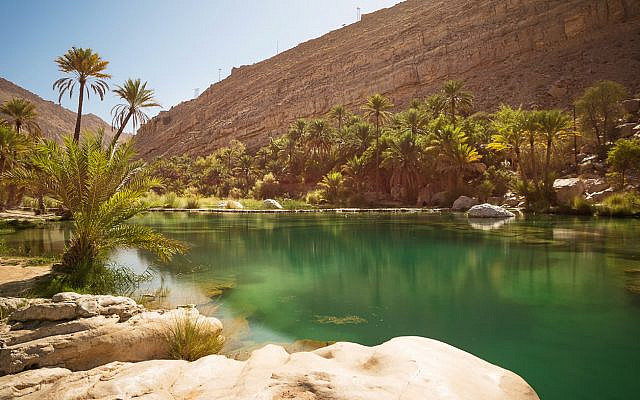 When the Children of Israel left Egypt, passing through the midst of the sea, they then set out on the long-awaited three-day journey into the desert (Exodus, 15:2;. see also: 3:18, 5:3, 8:23.) Anticipation, however, turned quickly to disappointment when after three days of thirst they find only the bitter water of Mara.

The people complain to Moses, who in turn cries out to God.

And the Lord instructed him regarding a tree (etz), and he threw it into the water and the water became sweet” (15:24).

What is striking about this story, and what sets it apart from the surrounding narrative, is that it is completely devoid of any real negativity. The people justifiably complain about the lack of water without the usual segue to critique and complaint about everything else. Moses cries out, but without the despair, anger, or exasperation found in every other stories. God miraculously comes to the rescue, as usual, but without the customary word of rebuke toward the people or their leader. Even the conclusion of the story, a vague mention of the giving of laws, and the even vaguer suggestion that the event was some sort of test, followed by encouragement to follow God’s laws and hearken to His voice, is said without any definite indication that the people had acted to the contrary or failed in any way.

Many attempts to make sense of this event center around the nature of that remarkable tree. How was it able to turn the water sweet? Some interpret “tree” literally, others metaphorically (see the Mekhilta for a range of interpretations). One other approach employs a different tactic — word-play.

“Moses,” God intimates when He indicates the tree, “you have etza (counsel) regarding this…” (see Zohar Hadash, Beshalah; Mei Hashiloah).

While such punning might seem silly (a dad-joke from our Father in Heaven?), it is significant to note that the exchange of etza for etz is not unique to commentaries on this story. In fact, there is nary a mention of a etz anywhere in the Bible that does not evoke, somewhere in our interpretive tradition, mention of etza (e.g., Bava Batra 15a; Sotah 11a; Rashi on Job 1; Or Hadash (Maharal) on Esther, to name just a few). Clearly, commentators throughout the ages saw significance in comparing these two words.

But why? What is etza and how does it shed light on our etz?

Etza, most often translated as “advice” or “counsel,” can mean at times “wisdom” (Job 12:13), or “plan” (Isaiah 8:10). In certain verses, it is not even entirely clear which of these different meanings is intended. Perhaps because of this interchangeability, or because of the development of the word over time, the word etza sometimes takes on all three meanings at once, and is understood as such by many commentaries. To give true “advice” is less a suggestion and more a decisive conclusion based on weighing different possibilities; it must result in a plan of action or it is not advice at all. Clearly, such advice must be imbued with wisdom. True etza is achieved by immersing oneself in all the varieties of wise-counsel, deliberating and then deciding how to proceed. To navigate this process successfully one must carefully choose advisors – the source of etza being almost as important as the etza itself (see, e.g., Malbim on Proverbs, 24:7; Haketav VeHakabala on Genesis 2:9).

It is perhaps this understanding of “counsel” that is at the root of Psalms 1, the earliest source which pairs etz and etza:

Happy is the man who has not followed the counsel (etza) of the wicked, or taken the path of sinners, or joined the company of insolent; rather, the teaching of the LORD is his delight, and he studies that teaching day and night. He is like a tree (etz) planted beside streams of water, which yields its fruit in season, whose foliage never fades, and whatever it produces thrives. Not so the wicked; rather, they are like chaff that wind blows away.

One who wisely follows the counsel – etza – of the Lord, rather than that of the wicked, is like an etz, whose roots are deeply embedded in not one, but multiple streams (Midrash Tehilim 1:3). The etz imbibes the water, which in turn saturates it, and strengthens it, adding ring upon ring, changing the very fiber of the tree itself until the tree stands tall and steady, even in difficult times. Likewise, a person who drinks in etza from more than one source, internalizes it, and is strengthened by it, is able to stand firm and take necessary action. It is no surprise that the Mishna (Avot 2:7) advises that “One who increases counsel (etza), increases understanding (tevuna)” — a type of wisdom which lays the strong foundation for future learning (tevuna, from the same root as binyan, building). In fact, according to some (Steinberg, Gesenius), etz and etza are both derived from the root which means “to bind, attach, strengthen.” While the word-play of etz and etza seems at first glance to be superficial rhetoric, its roots run deep.

But what does this have to do with Moses at Mara?

On the face of it, Mara was simply another station in the desert, just one of many tales about the complaining, thirsty Israelites. However, in actuality it holds a place of great significance in the Israelite saga.

Mara was a threshold, both a beginning and an end. On one side lay the oppression of Egypt, recently drowned; on the other lay the wilderness, a place of no set rules, of endless possibilities, where anything could happen.

The stark narrative, which offers little hint of the thoughts or motivations of any of its players, serves as a template for what the Israelites and Moses were to experience again and again over the next 40 years.

It is that moment that God turns to the leader, Moses, and offers him the secret for success — not just in the desert, but anywhere at any time: etza — the ability to reach deep within inner and outer reservoirs of wisdom, experience, and strength, and to make a plan.

About the Author
Ilana Goldstein Saks has an MA in Tanach from Bar-Ian University, and spent many years studying in batei midrash for women. She has taught Jewish Studies for over 25 years in midrashot and schools in Israel, as well as online, and has worked in curriculum and course development. She currently bakes and teaches at Pat Bamelach. She lives in Efrat with her husband and four children.
Related Topics
Related Posts
Comments