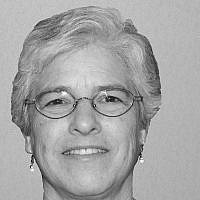 The Blogs
Garri Regev
Apply for a Blog
Please note that the posts on The Blogs are contributed by third parties. The opinions, facts and any media content in them are presented solely by the authors, and neither The Times of Israel nor its partners assume any responsibility for them. Please contact us in case of abuse. In case of abuse,
Report this post.

For Israelis trying to return home during this pandemic lockdown, the process has become a nightmare. Imagine being thousands of miles away from home and waiting for the government to convene and decide your fate by arbitrarily opening and shutting the airspace of Israel with only hours notice. The government is continually changing the date of when the airport will again be open so the airline carriers are just shutting down service. Delta who continued service on a regular basis for 11 months, even during previous lockdowns, has now canceled all flights to Israel until February 21. No one can fault them for their recent cancellations.

For those stranded — continuous PCR COVID testing (at least $100 per test), additional food, hotel, car rental, health insurance arrangements and costs on top of the problem of medications. For a traveler whose medications have run out, there is no simple way to get prescriptions and then the medications. Israeli prescriptions are not accepted in the United States. The cost of getting additional medications can be prohibitive in cost.

Part of the reason we are currently in the US is due to the death of my father. With all of the strain and stress inherent during these times, the worry of when and how we will be able to return home is beyond anything I can describe.

After two previous false starts in attempts to get home (the PCR test result had the birthdate that matched the birthdate in the passport, but the airline said Israel requires the passport number to be on the PCR test and turned us away!) my husband and I went to the airport for the first of three flights yesterday that were supposed to take us home. The documents were in order and the flights were all still on time. We passed through security and boarded our first flight. As the door to the airplane was closing we were notified by text message that the continuation flight from JFK to TLV was canceled. There was nothing to do at that point but to fly to Atlanta and try to get our bags back and figure out what to do from there.

My husband who was vaccinated (first shot) in Israel before coming to the US for the funeral has been trying to get back to Israel for 10 days. He has now passed the time for his second shot because of these delays.

Then there are the special requests sent into the Committee evaluating extenuating circumstances. The forms filled out online send an automated response that only verifies the attachments were received, not the form itself. We both filled out the forms and my husband received a reply back with permission, I have not yet received any reply. It is not clear if we need to fill out these forms again for the new travel date nor is there a way to check on the status.

Once having received permission to come back into Israel, how are we supposed to get there with the airport sending out information that flights cannot land? The State of Israel knows we are here and trying to get home, but there is no information available on how to go about actually getting to Israel.

There is no known authority answering questions or assisting those waiting to come back to Israel. We have just heard about three possible El Al flights that may be available from later this week — for whom? What criteria? How will we be notified? How much advance notice? Not allowing Israeli’s to come home is a sad statement and very frustrating for those waiting to get home. The clear conclusion is that this is another indication that the government doesn’t really care about its citizens and their plight.

About the Author
Garri Regev made Aliyah in 1978. She serves as President of the Israel Genealogy Research Association (IGRA). Garri has the wonderful perspective of being a daughter, wife, mother and savta. Her family keeps her hopping between her home in Jerusalem & her family in the US.
Related Topics
Related Posts
Comments