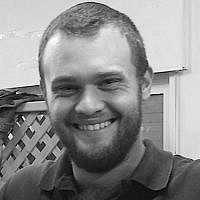 The Blogs
Noam Felig
Apply for a Blog
Advertisement
Please note that the posts on The Blogs are contributed by third parties. The opinions, facts and any media content in them are presented solely by the authors, and neither The Times of Israel nor its partners assume any responsibility for them. Please contact us in case of abuse. In case of abuse,
Report this post. 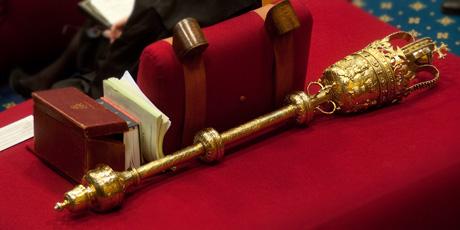 Last week I was on a weeklong trip in London. Being somewhat of a history buff, I chose to tour mainly the museums and historical monuments throughout the city. As my trip drew to a close, I started comparing the places I’d been and things I’d seen to home.

One place I visited was the Tower of London, where I saw the Crown Jewels exhibited. The hallway leading to the coronation regalia displayed a collection of ceremonial maces dating back hundreds of years. As I reached the end of the exhibit however, I noticed that three maces were missing. A sign explained that the mace (originally a weapon) symbolizes the power of the British monarchy in governing the kingdom. Every morning, one of the maces is brought in and placed in each of the houses of parliament to symbolize the permission the monarch gives them to govern the kingdom. In fact, it is actually illegal for the British parliament to convene without a mace present.

Later that day, as I was walking past Big Ben and the houses of parliament, I saw a sign pointing towards the entrance for “Black Rod.” Black Rod is an official post in parliament, and serves a part in a tradition held at the opening ceremony of parliament every year in memory of King Charles I’s failed attempt to arrest five members of parliament in 1642. After being sent by the queen, Black Rod attempts to enter the House of Lords, only to have to door slammed in his face. Only after he knocks on the door and gets permission from the speaker of the house is he allowed entrance.

These two ceremonies represent two strong groups in the UK, the Royalists and the Republicans. The Republicans feel there is no need for a monarchy, and wish to completely abolish the system. The Royalists on the other hand support the current model of a constitutional monarchy and wish to leave things as they are. These two groups have been battling for hundreds of years, and every royal event brings it back into discussion. What’s interesting is that although these groups have been battling for years, it’s the connection between them that creates the UK we know today.

As I look at the rifts we have here in Israel between the Knesset and Supreme Court, I feel this understanding is what we are missing. Here I feel people think that views other than their own aren’t only wrong, but illegitimate. 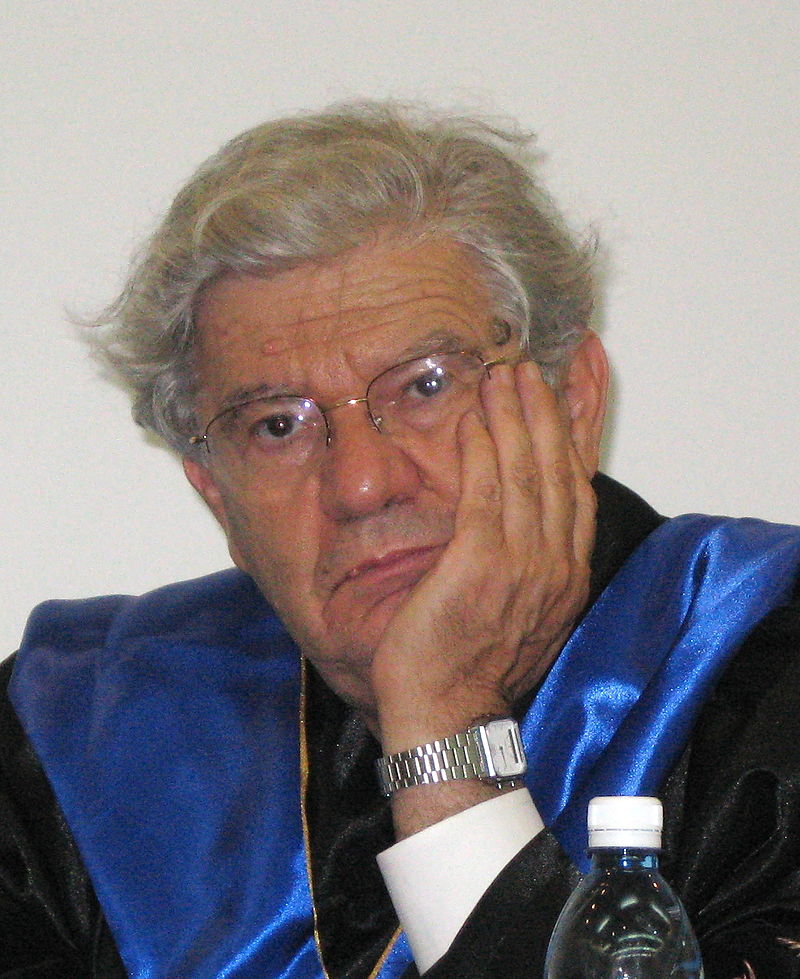 This battle between the Knesset and Supreme Court started in 1992 with the “Constitutional Revolution” led by Aharon Barak. Barak held that the Supreme Court needed to take a far more active role in governing, and he ruled many laws the Knesset passed unconstitutional and therefore null and void. By doing so, Barak put the rule of the Supreme Court above that of the Knesset and eliminated the checks and balances that existed until then. Similarly to the backlash to Charles I which started the English civil war, the Knesset has been trying to regain its power ever since. Every year, Knesset members try to strip the Supreme Court of its status, and eventually they will probably succeed. If things continue down the current course, the Court will slowly lose its power and soon won’t be able to serve its purpose to curb the government.

The only true way to lower the flames is if both sides recognize the legitimacy of the other view, regardless of how much they disagree with it. There are two ways to create a strong government, either by eliminating all opponents or by working together with them through negotiation and compromise. What’s left to decide is how much the idea of democracy is important to us.

About the Author
Noam Felig is an Israeli-American currently serving in the IDF.
Comments