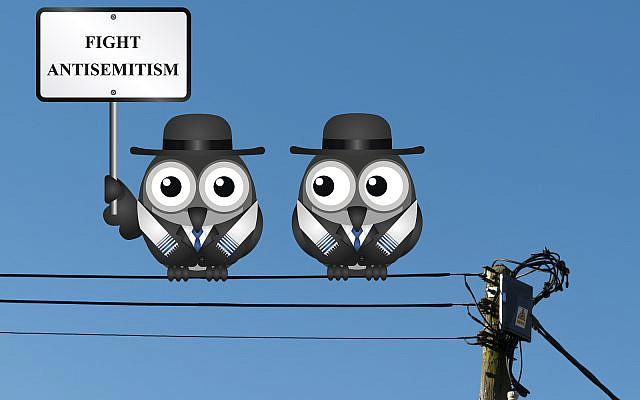 Last week at the Israeli American Council National Summit in Florida, President Trump addressed an audience of Israeli-Americans. The speaking engagement sparked several Jewish groups to criticize President Donald Trump. It is not the first time Trump has relied on anti-Semitic tropes.

In December 2015, Donald Trump was speaking to the Republican Jewish Coalition as a presidential candidate. The speech took an unusual turn seeming went on an anti-Semitic tangent, “You’re not going to support me because I don’t want your money,” He did not stop there, “Is there anyone in this room who doesn’t negotiate deals? Probably more than any room I’ve ever spoken.”

Trump stepped in it again at his December 2019 appearance in Florida. Nearly four years to the date, he suggested that his audience would never vote for Senator Elizabeth Warren (D-MA) for president because of her proposed wealth tax. “You’re not going to vote for the wealth tax. …Yeah, let’s take 100% of your wealth away. No, no. Even if you don’t like me, some of you don’t. Some of you, I don’t like at all actually. And you’re going to be my biggest supporters because you’d be out of business in about 15 minutes if they get it,”

Trump took it a step further, saying, “A lot of you are in the real estate business because I know you very well. You’re brutal killers, not nice people at all. But you have to vote for me, you have no choice.”

Once again, in the aftermath of charged words, Trump finds himself as both an advocate of Israel and a source of anti-Semitic sentiment.

Sunday, The American Jewish Committee asked the President to think about his words:

“Dear @POTUS — Much as we appreciate your unwavering support for Israel, surely there must be a better way to appeal to American Jewish voters, as you just did in Florida, than by money references that feed age-old and ugly stereotypes. Let’s stay off that mine-infested road.”

During the same speech, Trump acknowledged the global rise in anti-Semitism and gave his administration’s stance, “is committed to aggressively challenging and confronting anti-Semitic bigotry in every resource, and using every single weapon at our disposal.”

It was the “far-left members of Congress” that Trump accused of pushing hate.

Even if his speeches often contradict his stance, Trump has created Israel-friendly policies. He promised and came through on moving the U.S. Embassy to Jerusalem. Trump also pulled out of the Iran Nuclear deal.

President Donald Trump often uses his Jewish daughter, son-in-law, and grandchildren as shields against accusations of anti-Semitism. Jared Kushner married his daughter, Ivanka Trump, in 2009. She converted to Judaism the same year.

December 10, 2019, Trump signed an executive order stating that any anti-Semitism on college campuses will face the withholding of federal funds. Considered a race or nationality, Judaism is not merely a religion. The protections now cover more students and moves to reduce any prejudice against Jewish students.

It is obvious Trump is Israel-friendly, but does that shield him from the accusations of anti-Semitism? Actions speak louder than words unless the words outnumber the actions.