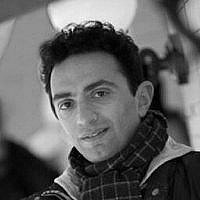 The Blogs
Nima Dayani
Apply for a Blog
Advertisement
Please note that the posts on The Blogs are contributed by third parties. The opinions, facts and any media content in them are presented solely by the authors, and neither The Times of Israel nor its partners assume any responsibility for them. Please contact us in case of abuse. In case of abuse,
Report this post. 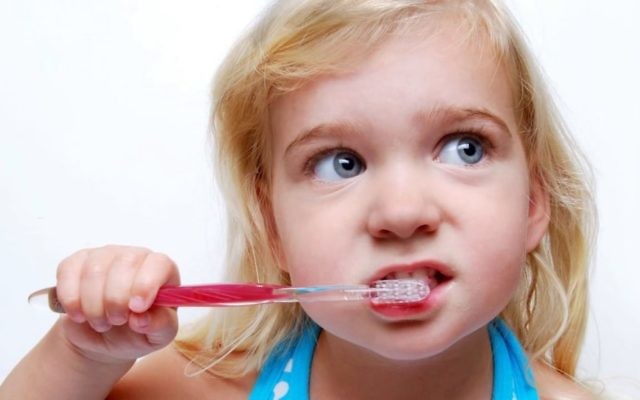 As 12-year-old Maya slipped into the dental chair, Yosef Levy’s quiet smile and whispered reassurances belied the worry and guilt roiling just below the surface. His daughter, the first patient of the day at Jerusalem’s Dental Volunteers for Israel (DVI) clinic, had suffered from tooth pain for more than a week while Levy stood by helplessly. As a hotel janitor with six other children ranging in age from 18 months to 16 years, Levy couldn’t afford dental care for his family. He could barely afford some of life’s essentials. Although Levy didn’t feel like a statistic, he was among the one-in-five Israelis living in poverty.

It was excruciating for Levy to imagine Maya starting to have missing teeth and entering her teenage years feeling like an ugly duckling. Thanks to Holocaust survivor Trudi Birger’s vision and dedication, that scenario could be put to rest. Maya received a root canal, free of charge, from DVI, with the help of the volunteer endodontist that day. After an unsettling hour of drilling, Maya’s tooth sported a final restoration from the pediatric dentist the following week, at the same DVI clinic.

Although Birger passed away in 2002, she would have recognized the glimmer of hope in Maya’s new smile. Birger knew about pain, poverty, and despair. And she understood the economic impact and psychological trials that accompany poor dentition. As a child in the Stutthof concentration camp, Birger lost her teeth when a Nazi guard knocked them out. Then and there, the seeds of DVI were sown.

When Jerusalem’s budget constraints forced the city’s dental clinic to close in the late 1970s, Birger stepped in to fill the gap. With the help of Jerusalem mayor Teddy Kollek, Birger opened the DVI clinic for pediatric dental care in 1980. To this day, the clinic reflects her interpretation of tzedakah (charity), which is to give destitute children the same level of care she would want for her own children — and to treat all young people equally.

The DVI clinic’s core mission is to provide free dental services to Jerusalem’s neediest youngsters, regardless of ethnicity or religion. But solving dental problems is just one part of the equation. The organization is equally committed to preventing dental disease by delivering regular oral health education to at-risk youth. For most of DVI’s patients, their first encounter with a dentist — or a regular use of a toothbrush — is in the clinic. The young person’s agreement to maintain good dental hygiene constitutes their “payment.” This combination of restoring dental health and preventing future disease opens up educational and job opportunities that give children like Maya their best chance of escaping the cycle of poverty.

In keeping with Birger’s tzedakah philosophy, the DVI clinic is staffed with volunteer dentists from around the globe, and only specialists perform procedures like Maya’s root canal. In 2017, more than 130 dentists performed more than 11,000 treatments, improving the lives of thousands of low-income youth across Jerusalem.

I was fortunate to serve as Maya’s endodontist during the week that I volunteered at the DVI clinic. Throughout my time in Jerusalem, Trudi Birger’s experience reverberated in my heart and soul. From the ugly memories of the Holocaust and the savagery of Nazism, she was able to create a program that fosters tolerance, delivers hope, and provides a brighter future for patients and their families. It was deeply fulfilling to see how my dental education helped Maya and lifted a burden of worry and guilt from Yosef Levy’s shoulders. His relief in knowing that his daughter’s tooth was saved was palpable, and I was grateful to have the opportunity to help.

You, too, can provide a gift to the children, parents, and city of Jerusalem by spreading the word about Trudi Birger and the DVI clinic, and by contributing to the clinic through American Friends of DVI.

About the Author
Dr. Nima Dayani is an established leader in endodontic care and specializes in root canal treatment at his Manhattan practice, Endodontics, Oral Surgery and Dental Implants Rehabilitation of New York City (http://www.nycendodontics.org/). He is passionate about delivering endodontic treatment to indigent children and educating the public about the role that dental care can have in lifting people out of poverty.
Related Topics
Related Posts
Comments