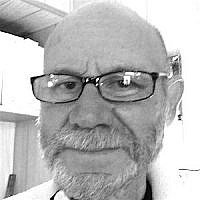 The Blogs
Arie Barjosef
Apply for a Blog
Please note that the posts on The Blogs are contributed by third parties. The opinions, facts and any media content in them are presented solely by the authors, and neither The Times of Israel nor its partners assume any responsibility for them. Please contact us in case of abuse. In case of abuse,
Report this post.

Finally, Israeli anxieties can be put to rest. Israel got a friend at the White House, or so it seems. At least this is the prevailing mood within the Israeli ultra-right nationalist coalition government, its supporters and its right-leaning tabloid Israel Hayom. “The Start of a Beautiful Friendship” proclaimed this paper in its weekend edition. The sustainability of this “beautiful friendship” remains to be seen given the inherent unpredictability of the current occupant of the White House. Some Israelis believe that their government under Mr. Netanyahu managed to navigate their “ship of state” to a friendlier port. As Mr. Netanyahu asserted as he boarded the flight to Washington: “I will lead, I will navigate”.

During the past few weeks since Mr. Trump entered the White House, however, the Israeli euphoria over his election somewhat subsided in the face of uncertainties and an apparent roll-back (or “think again”) of some of his campaign promises. But on February 15, 2017, during the joint press conference with Mr. Netanyahu at the White House, Mr. Trump appeared to be indifferent regarding the Two State Solution. He would accept any peace deal between Israel and the Palestinians, he said, “one state or two states, whatever” so long that two parties come to an agreement. No one can accuse Mr. Trump for being overly eloquent but he managed to steer away from a clear statement regarding what kind of a solution he would really find acceptable. One cannot escape the notion that Mr. Trump himself may not have crystalized his thoughts on that issue and perhaps does not care to know. As a seasoned deal maker he is probably interested in a bottom line that meets his objectives, regardless of how that bottom line had been achieved.

Mr. Netanyahu’s euphoric performance was sleek but somewhat arrogant. When asked about the prospect of a Two State Solution, he repeatedly declared that he pays no attention to “labels” as he is focused on “substance” – whatever the words “labels” and “substance” mean. The words “Two State Solution” were never to be heard. The whole so-called press conference appeared so choreographed that it seems as though someone spilled a jar of honey and a fuzzy sweetness stood in the air. Both gentlemen spared no flattery of each other. Mr. Trump exceeded all expectations by singling out Mrs. Netanyahu. The puddle of spilled honey turned into a flood of molasses.

For a brief moment, when Mr. Netanyahu stated that his nation and he stand behind Mr. Trump and the United States as its unwavering ally one could be fooled to believe that Israel and the United States are two super powers, bound together and equal in economic strength and military might. As if Israel does not depend on the American taxpayers’ lavish support for its military capabilities and economic well-being.

Nonetheless, Mr. Netanyahu seized the moment of glory to lecture the audience in his usual apocryphal and cynical way, as if he alone understands the complex issues surrounding the Israeli-Palestinian conflict and as if he alone comprehends the depth and breadth of the American interests in the broader Middle East. Perhaps a subliminal message to President Trump whose knowledge of the Middle East, like other presidents before him, may not be up to par. Mr. Netanyahu, in a festive mood and feeling free from constraints, went on to say that the obstacles to peace are not the Israeli settlements but the continued refusal by the Palestinians to “recognize” Israel as a “Jewish State”. Furthermore, Mr. Netanyahu stated that regardless of any agreement, Israel will retain full control of the West Bank as a guarantee for its security.

Mr. Trump’s comments avoided mentioning the words “Jewish State”, instead he said that the Palestinians must “acknowledge” Israel and must abandon their hatred-laden anti-Israel propaganda. We all agree that the Palestinian hateful propaganda and anti-Israel incitements must come to an end. It is a no brainer. However, there is a substantial difference between “recognize” and “acknowledge”. The meaning of “acknowledge” is yet to be clarified by the Trump administration. In this context it should be noted that none of the Western democracies that Israel considers as its supporters and allies tie their brands of democracy to any religious identity. A religious-national identity is a domain limited to authoritarian-theocratic regimes such as the “Islamic Republic of Iran”, hardly can be equated with “democracy”. Can anyone imagine the United States officially identifies itself as the “Christian United States” or perhaps Italy as a “Catholic State”? Not to mention that the Palestinians, through the Oslo Agreement, did recognize the State of Israel’s right to exist in peace and security within mutually agreed borders. The cold reality, regardless of any verbosity that may emanate from Jerusalem, is that by definition Israel cannot be a “Jewish State” and a “democracy” at the same time. That peculiar brand of democracy, by its nature, would discriminate (overtly or covertly) against non-Jews. The story of the Israeli Arabs who reside in cities and villages within Israel proper and who are citizens of Israel contain countless tales of such discrimination. Some prominent Israeli authors and journalists dared to tell the stories. I need not elaborate.

But, as Mr. Netanyahu stated, he came to Washington to “deal with substance”. Now, that the Two State Solution appears to be officially (temporarily?) dead (although the relentless Israeli settlement activities buried it long ago and it remains unclear where Mr. Trump stands) the time has come for some questions to be asked: what kind of a solution the Israeli government envisions for the entire Judea and Samaria? If the “substance” according to Netanyahu is territory and security (land that is) the answer is relatively simple: the entire landmass between the Jordan River to the east and the Mediterranean Sea to the west should consists of a single political entity, namely Israel – a One State Solution. But if the “substance” includes the territory and the Palestinian people living there, then the answer may be a whole lot more complicated.

As soon as the Netanyahu-Trump press conference ended, Mr. Naftali Bennett, Israel’s minister of education, an ultra-right religious zealot, declared in a bombastic way that finally “after 24 years” (in reference to the signing of the Oslo Agreement) the “Palestinian flag had been lowered and the Israeli flag had been hoisted” over Judea and Samaria. Other ministers joined in the jubilation by simply stating in no uncertain terms that the entire Judea and Samaria (the West Bank as it is known around the world) belongs to Israel and its Jewish people and that it is about time to bring the two regions fully under Israeli rule and laws. In one word – enact a full annexation. Now, that they all appeared to be celebrating (prematurely?) the official death of the Two State Solution and that Israel feels itself free from the yoke of the Obama administration, none of the ministers had the courage to indicate what would become of the more than two million Palestinian people who also call their villages and towns across the West Bank their ancestral homes. What would be their fate? Are they destined to become citizens of Israel? Or perhaps they will remain “people without a nationality”?

They all avoid this hot potato, but based on their rhetoric it appears that what they really envision is an Israeli rule and total and eternal subjugation of the Palestinian populace. While I am not a proponent of the so-called Two State Solution, I find it hard to believe that any Palestinian person would ever agree to be classified as a second class inhabitant (not even a second class citizen) subject to laws s/he had nothing to do with, when at the same time their Jewish neighbors in nearby settlements are full-righted citizens of that one state subject to laws they formulate (through their elected officials in the Knesset), enact and enforce through their military and police. Indeed, this looks and smells like a full-blown apartheid.

Now, that Israel appears to have rid itself from any obligation towards the dreaded Two State Solution, the Israeli government must put forward a tangible framework to achieve the peace Mr. Netanyahu so forcefully appears to be advocating for. As he stated, he is focused on the “substance” of achieving peace. Perhaps it is time to spell out the kind of “Pax Israeliana” he envisions so we can start taking him seriously at his words. We all recall his past statements and speeches flipping back and forth on the issue of Two State Solution. But at the end I believe that he simply lied in his infamous Bar-Ilan University speech – his latest election campaign assertion that so long as he is in office there will not be a Palestinian state reflects his true conviction.

By demanding a recognition as a “Jewish State” (not just the right to exist peacefully within secure and mutually agreed borders) the Israeli government creates an impasse that until resolved it does not need to elaborate its plans any further. Perhaps it is time for the Palestinians to declare their acceptance of the “Jewish State” principle putting the question of their future squarely at the Israeli government doorstep. Israel will face a daunting task, a real fork on the road – where is the “Jewish State” heading?

About the Author
Arie, a retired consulting engineer, had been born in Israel, served in the IDF and is a resident of Boston since 1978. lifelong interests include history of Israel (including the formerly Palestine) and US/Israel relations. Other interests include studies in philosophy and theology.
Comments