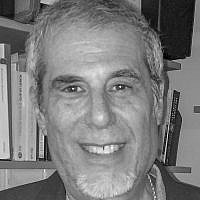 The twice-impeached voted-out-of-office former president keeps insisting that he was the best president ever for Israel and that the lack of support for him among American Jews is a sign of disloyalty. I’ve already written in an earlier blog post regarding the danger to diaspora Jewry posed by ethno-nationalism in the US and Israel and this charge of disloyalty (Ethno-Nationalism and Diaspora Jews). Now I’d like to drill down on Trump’s claim that he was the best ever US president for Israel.

To begin, as an American Jew who spent two years in Israel after high school, has visited nine times since and speaks a fairly good Hebrew, I really don’t need the likes of Donald Trump to tell me how to be a Jew and a Zionist. But before looking deeper into what Trump did that was so good for Israel, let’s talk about Jimmy Carter, Camp David I and the Israel-Egypt peace treaty. What would Israel’s security look like today with a hostile southern border? How about Bill Clinton and the Israel-Jordan peace treaty? Imagine Israel with hostile southern and eastern borders. Can there be any doubt that these two treaties have contributed to Israeli security? Writing in June 2019 for The Jerusalem Institute for Strategy and Security, Arab affairs expert Dr. Joshua Krasna insists that “nothing should obscure the crucial benefits strategic and security cooperation [the treaty] affords to both sides, and the centrality of the relations to each side’s national security” (The Jordan-Israel Peace Treaty at 25).

Do Trump’s actions with regard to the Golan Heights and Jerusalem advance Israel’s security? Are Israelis any more safe and secure as a result of these two actions? How about his plan to sanction Israel’s annexation of significant portions of the West Bank, which the new government in Israel may be preparing to do? How will King Abdullah of Jordan react? How will the signatories of the Abraham Accords react? How will Israel’s allies–its military and diplomatic supporters–react? Why are Israeli military leaders responding so alarmingly to the advancement of Itamar Ben-Gvir and Betzalel Smotrich to leading positions in the defense and security arenas?

No, what Trump accomplished was the strengthening of Israel’s extremist, right-wing ultra-ethno nationalists, and as I had written earlier, extreme right-wing ethno-nationalism is never good for the Jews; not in the Diaspora and not in Israel.

About the Author
Richard Lederman holds a BA in Religion from Miami University (Ohio) and a Ph.D. in Ancient Near Eastern Languages and Literature from the Annenberg Research Institute, now the Center for Judaic Studies at the University of Pennsylvania. After nearly 30 years as a Jewish communal professional, including a post as Director of Publich Policy and Social Action for the United Synagogue of Conservative Juddaism, Lederman is now retired. He blogs at www.thereligioushumanist.com and liberalizionism.blogspot.com.
Related Topics
Related Posts
Richard Lederman