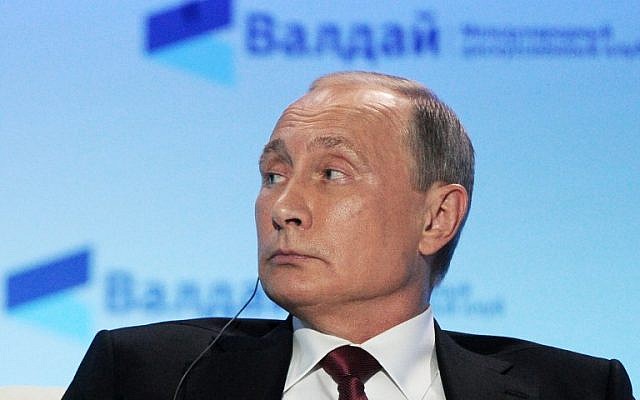 Caricatures of Donald Trump as a creature of Vladimir Putin miss the larger point. Trump is not being played by Putin but instead is playing an American version of the Russian strongman. Wherever Senate inquiries into allegations of Trump’s ties to Russia may lead, give the President credit for being an autonomous actor. Donald Trump is not a puppet of Putin’s. Rather, he is a kindred spirit, which may be just as bad for our democracy.

Trump and Putin are political doppelgangers. The difference is that Putin presides over an autocracy and Trump a democracy. But their inclinations are similar. Both have battened on nationalism, xenophobia, and racial dog whistles to gain and maintain power. Both affect to reclaim an era of lost greatness for their countries, Putin to avenge the humiliation of Russia’s defeat in the cold war and the downfall of Soviet power, Trump with his promise to “make America great again.” In this, Putin must be granted a measure of realism whereas Trump has had to create a mythical dystopia from which only he can save us.

Both men practice a brand of chauvinism that challenges the international order established by the U.S.-led democracies after World War II. Putin with his thuggish aggression on Russia’s frontiers, military adventurism abroad and malevolent disruption of Western democracies. Trump with his America First sloganeering that has undermined the confidence of NATO, and left our allies in a state of uncertainty as to Washington’s commitment to their security and global stability. The difference is that Trump’s posturing, while playing well to his faithful, also plays into Putin’s hands.

Each man values loyalty over competence as the coin of the realm. Putin has insulated himself with a coterie of ex-KGB operatives and Leningrad pals whose fidelity is to the leader rather than the state, no longer making a distinction between the two. Trump has surrounded himself with a cabal of insiders led by his Rasputin, Stephen Bannon, together with family members — an echo chamber impervious to the input of outsiders. His operatives prune Government agencies of critical voices imposing de facto commissars to oversee the work of experienced career professionals, thereby insuring that Trump will hear only what he wants to. With the exception of a few military men, his cabinet comprises a billionaires club, several of whom have been selected to dismember the very agencies they’ve been chosen to lead.

Bannon’s boast to deconstruct the administrative state constitutes a threat to undo the Federal agencies that protect the American people from political malfeasance. Without a strong, independent civil service, we are left with a plutocratic spoils system worthy of Putin, a vacuum that any would-be autocrat could fill with his political apparatchiks. Nor can we expect much help from a compliant Congress. Watching the dutiful Republican majority cheering Trump’s bromides as he intoned from his teleprompter before Congress brought to mind the rubber-stamp Russian duma applauding Putin’s speeches.

To be sure, Putin has had more opportunity to shape his autocratic polity
but Trump shows all the makings of an apt pupil. Putin has seized effective control of Russian television, the primary news source for most of his countrymen, thereby enhancing his popularity. Not only can the President envy Putin’s success but he can emulate it. Of course, the process in this country is slower, but Trump has made a good start by declaring the media “the enemy of the people” — a phrase, ironically, taken from Putin’s spiritual predecessor, Stalin. If this is so, and the President is sworn to protect the American people from their enemies, then how can he allow “the lying media” to remain at large? His acolytes have already suggested that Americans would best be served by getting their news straight from the President. Since the public has already been softened by a Trump campaign charging his foes with “fake news,” the next logical step would be to commandeer the media.

There is probably no other area in which the two leaders are so alike as in
developing a cult of personality. One has to go back to Mussolini to think of a leader who so projected a personae of masculinity and action in marveling at the sheer audacity of Putin and Trump who cultivate the appearance of powerful, macho, authority figures.

There is Putin, the bare-chested man on horseback, crushing dissent, defying the West, disdaining gays, genuflecting to Orthodoxy, upholding tradition, making Russia great again. And there is Trump, boasting about the size of his accomplishments, attributes and ambitions. Of course, if America is first, or Russia is first, then in a zero-sum world who will be second, or last? And where will this lead?

Russia is about to observe the centennial of the Russian Revolution. This poses a challenge for Putin who must acknowledge the success of his Communist predecessors in making the Soviet Union a global power while glossing over the radical aspects of the revolution. Whatever misconstrued ideals of socialism inspired the masses of yore, Putin’s Russia is now a kleptocracy at the top, abetted by consumerism in the middle and expediency all around. Lenin’s “Bread, Land and Peace,” has become Putin’s bread and circuses.

In speaking to Congress, Trump evoked the 250th anniversary of the American Revolution, nine years away, to reflect on what a regenerated country might look like under his presumable two-term aegis. He painted a rosy picture of a revitalized nation freed from the strictures of regulation, onerous trade policies and feckless allies, blessed with a booming economy and opportunity for all in a society with secure borders and a citizenry safe from crime and the dangers of alien cultures.

Leaving out the details of how Trump proposes to achieve this and at what cost, we must wonder how this utopia dovetails with the reality of what he has so far demonstrated in a permanent campaign which is the only aspect of the election race that has achieved a smooth transition into his presidency. The American Revolution would go on to establish a Federal republic enjoying a Constitution based on the rule of law with a system of checks and balances designed to curb the appetites of any individual or party with a taste for power. Central to this was the inviolability of a free press, the sanctity of our courts, and the integrity of the minority in our legislatures.

Donald Trump has so far shown little respect for any of these institutions. Rather, he has displayed authoritarian propensities in defying them and bending the pillars of our country to his will. He has called for unity, but only on his terms and, in so doing, has divided the country, contravening the Founders’ warnings against the dangers of partisan politics inflamed by demagogues and incited by “middling men” seeking their own advantage over the nation’s. What we have heard until now is less in the spirit of a democrat than that of a strongman in waiting using the trappings of democracy to establish an autocracy. The model here is more Lenin than Lincoln. We had best be vigilant.

About the Author
Jack Schwartz is a former book editor of Newsday.
Comments